Peak hour trains across Sydney were brought to a standstill on Monday afternoon after a trespasser wandered onto the tracks.

Delays of up to an hour were caused after the man walked on to tracks at Westmead Station, in Sydney’s west, just after 4.30pm.

Sydney Trains advised commuters to allow for extra travel time due to the ‘major delays’ caused by the incident.

All Western Line services – which run from the Blue Mountains to the North Shore – were affected by the delays.

‘Some trains may also be temporarily held,’ Sydney Trains said in an announcement. 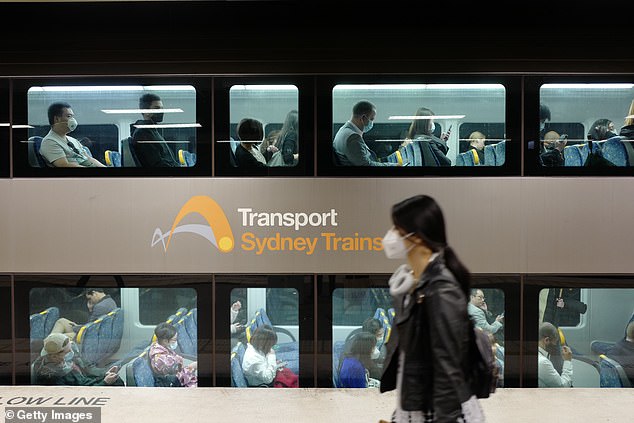 Delays of up to an hour were caused following the incident at Westmead train station just after 4.30pm

‘There is a lot of congestion and services are currently not moving between Burwood and the Western Line towards Parramatta as trains have been stopped around Parramatta.’

Police arrived to the scene to ‘attend to the issue’ just before 5pm.

Frustrated commuters reported waiting for up to an hour on the train for services to resume.

‘My train isn’t even allowing people to get off the station platform to allow alternative travel plans,’ one passenger said.

One passenger said he was stuck on a train at Lidcomb for 50 minutes, while a woman said she had been waiting at Parramatta for over an hour.

North Shore Line services travelling away from the city were also experiencing delays due to the trespasser.

A couple of storm-chasing Kansas meteorologists are on cloud nine after getting engaged in front of...