A police car has landed on its roof after an alleged stolen vehicle rammed into authorities before crashing into a nearby tree in Western Australia.

A 31-year-old Esperance man has been charged after colliding with a parked police vehicle on Parmango Road, Condingup on Tuesday before he struck and spat on officers following the crash, police allege.

The Toyota LandCruiser utility was allegedly stolen from Castletown at 8.30am. 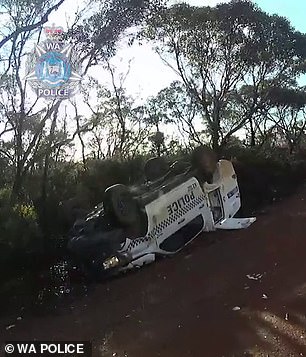 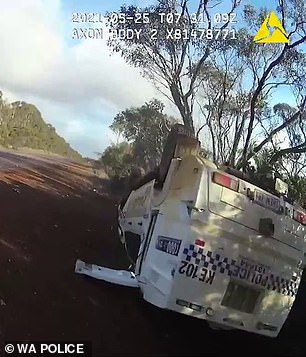 The allegedly stolen car was finally tracked down at 3.30pm where police tried to stop the vehicle.

WA Police allege the stolen vehicle was being driven in an erratic manner that then caused the utility to collide with the police car.

‘The impact caused the police vehicle to roll onto its roof, and the stolen vehicle crossed back to the correct side of the road and crashed into a tree,’ police said. 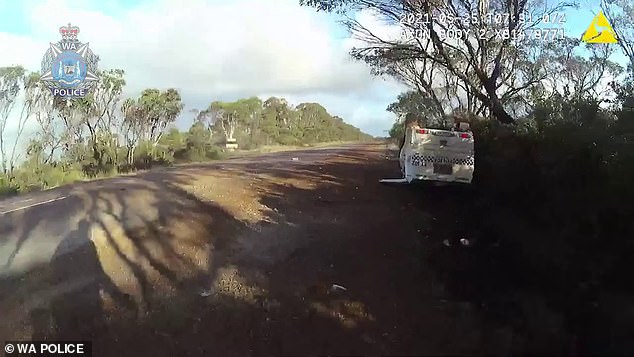 Officers rescued the man from the crash and provided emergency first aid where one officer was allegedly struck and another spat on.

The man is now facing multiple charges including assaulting a police officer, stealing a car and driving recklessly.

He was refused bail on May 26 and will appear again in Kalgoorlie Magistrates court on July 1. 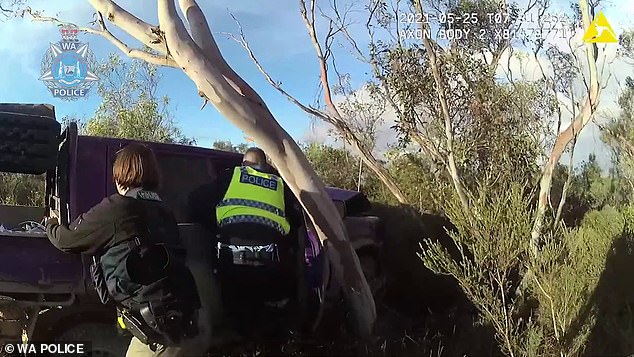 Serie A's managerial rollercoaster is just warming up with Gattuso, Conte, Pirlo and Co on the move

Australian stars including Sophie Monk, Natalie Roser and David Genat strip off for a good cause

Get able to fry! UK summers are to hit 104F inside the decade, forecasters warn

Con girl who swapped £4.2m of diamonds with pebbles in Boodles is discovered responsible

It was the daring sleight of hand that netted greater than £4 million in diamonds and was...