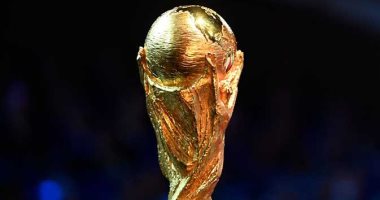 The South American Football Confederation “CONMEBOL” rejected FIFA’s proposal to hold the World Cup every two years, stressing that this proposal is not applicable under the current circumstances, and declares its adherence to the current model of the tournament, considering that it is consistent with the spirit that motivated the creator and foundations of this tournament. .

Confronting the biennial World Cup project, CONMEBOL, after a round of consultations with South American football leaders, considers it appropriate to express its position on this initiative based on the following principles:

The biennial World Cup could tarnish the most important football competition on the planet, diminish its quality and undermine its exclusivity and current challenging standards. The World Cup is an event that attracts the attention and expectations of billions of people because it is the culmination of an entire four-year elimination process that has its own dynamics and allure.

The biennial World Cup will represent an overburden, virtually impossible to manage, in the calendar of international competitions. In the current circumstances, it is already difficult to coordinate times, schedules, logistics and adequate preparation of equipment and commitments. The situation will be very difficult with the proposed change. It can even jeopardize the quality of other leagues, whether at club or national level, at risk.

The idea of ​​the World Cup is to bring together the most talented football players, the best coaches and the most trained referees to determine the best team on earth in a fair and honest competition. This cannot be achieved without proper preparation, without teams developing their skills and designing and implementing strategies by technicians. This all translates into time, training sessions, planning, and games. CONMEBOL champions the pursuit of excellence in the field of play and is committed to increasingly competitive events of the highest quality. There is no sporting justification for shortening the period between the World Cup finals.

The World Cup will be held in Qatar 2022, in the last edition, with the participation of 32 teams, as it is expected to increase the number of teams participating in this tournament from the 2026 edition (in the United States, Canada and Mexico) to 48 teams.

Bancoagrícola partners with Flexa to enable BTC use across El Salvador