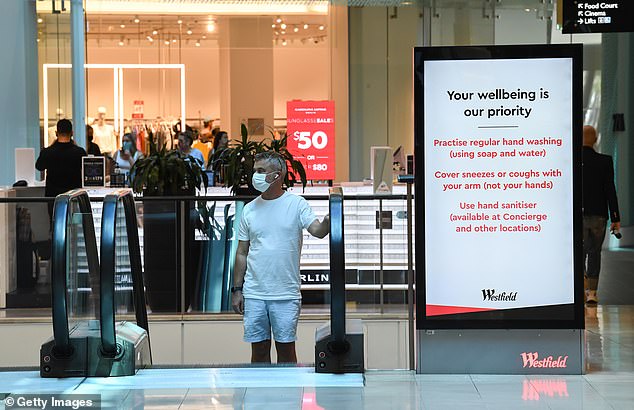 Australian consumer prices rose by just 0.9 per cent in 2020 which is good news for home borrowers and workers.

RBA Governor Philip Lowe vowed in early December that interest rates would stay at a record-low of 0.1 per cent for at least three more years.

Home borrowers are set to keep benefiting – with the big banks offering fixed rate mortgage rates of less than two per cent – after the Australian Bureau of Statistics revealed on Wednesday an annual inflation increase of just 0.9 per cent.

Workers deprived of decent pay rises are also set to benefit with inflation rising at an even weaker pace than the minuscule 1.4 per cent increase in the wage price index.

Australian consumer prices rose by just 0.9 per cent in 2020

The Consumer Price Index in the December quarter rose by 0.9 per cent in three months, with the quarterly figure matching the annual figure.

This was even weaker than the September quarter’s 1.6 per cent increase but much stronger than the June quarter’s deflationary 1.9 per cent fall in prices.

A 7.5 per cent fall in electricity prices was the biggest drag on overall inflation during the December quarter.

Melbourne had Australia’s highest inflation, with the CPI rising by 1.5 per cent in the December quarter, compared with one per cent in Sydney.

The big transfers that could STILL happen as Deadline Day approaches