A decade after the first of the 10 victims of the Gilgo Beach serial killer was uncovered by a police cadaver dog in a thicket along Long Island’s scenic Ocean Parkway, authorities are still hunting for the predator, who is said to have selected his prey for their petite frames and hazel-green eyes.

The unsolved murder mystery has bedeviled the Suffolk County Police Department and frustrated family members of the victims, who are still seeking answers all these years later. The ongoing case is the subject of the latest installment of CBS’ 48 Hours, which aired on Saturday night.

December 11 marked the grim 10-year anniversary of the discovery of Melissa Barthelemy’s body, which was found in the vicinity of Gilgo Beach while Suffolk County cops were out searching for Shannan Gilbert, a 24-year-old sex worker who was reported missing seven months prior after she ran away in terror from a client’s house. 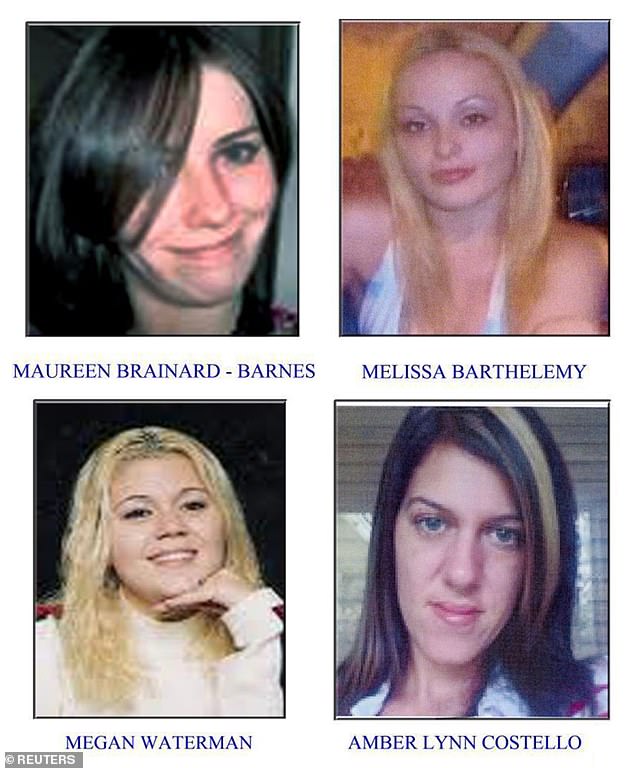 ‘Gilgo Four’: These photos show the first four victims who were found a decade ago near Gilgo Beach, Long Island, as part of an investigation into a serial killer 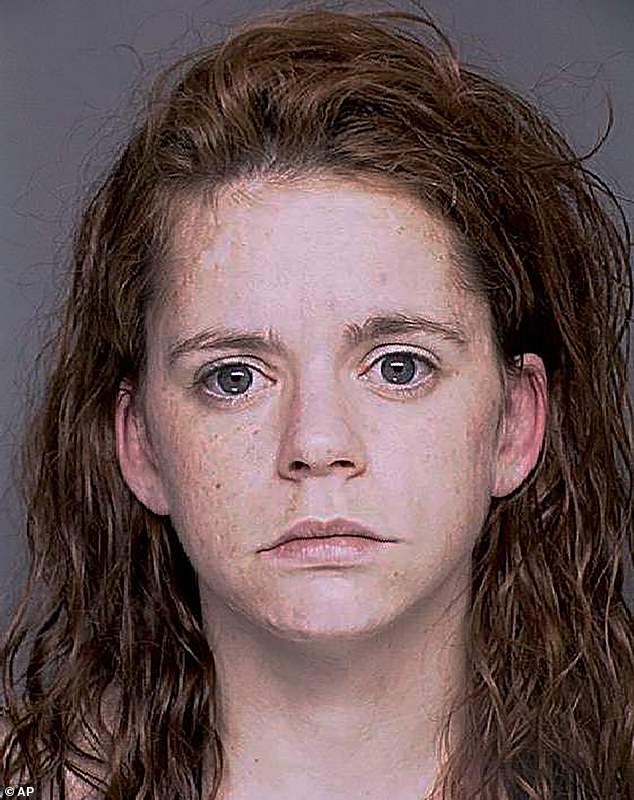 A victim previously known as ‘Jane Doe No 6’ was identified with the help of genetic geneology in May as Valerie Mack, a 24-year-old Philadelphia escort

Within days, three other bodies were found, each wrapped in burlap and all within a short walk of one another. They became known as the ‘Gilgo Four.’

By spring 2011, that number had climbed to 10 sets of human remains — those of eight women, an Asian man and a toddler. Some remains were later linked to dismembered body parts found elsewhere on Long Island.

The Asian man, who authorities said was dressed in women’s clothing, was found in March 2011.

Police believe the toddler was the child of one of the victims, but the girl and mother were found in two different areas. The toddler was found on April 4, 2011.

Several of the victims advertised their services as sex workers on Craigslist. 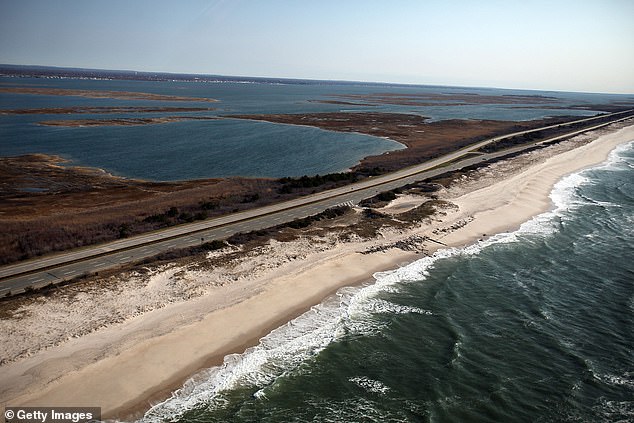 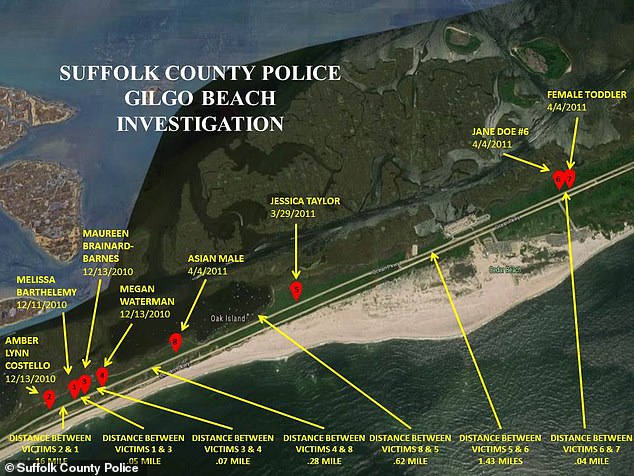 This map shows the locations where some of the victims were found, and the distance between the crime scenes

‘If he desires a particular height and weight and eye color, he can do that,’ Varrone said. ‘And I think if you look at the Gilgo Four… they’re very, very close with unique characteristics — very petite, five foot or under, 100 pounds, hazel green eyes.’ 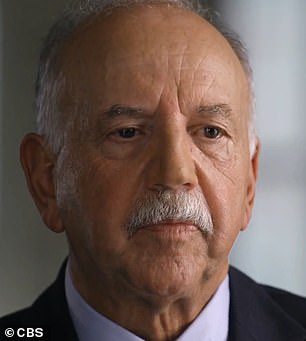 Varrone speculated that the perpetrator purposefully picked short and slim victims because they would be easier to overpower and dispose of after the killings.

Instead of burying the bodies, the killer wrapped them in burlap to camouflage them, and dumped them in the brush. Investigators suspected the killer might have posed as a hunter, a private trash collector, or someone else with reason to be on Ocean Parkway in the dead of night.

Ten years after Maureen Bathelemy’s discovery, police appear to be no closer to making an arrest.

In January 2020, investigators revealed a previously unreleased photograph of a well-worn black leather belt with the initials ‘WH’ or ‘HM’ found at one of the crime scenes that they said was handled by an unknown suspect. 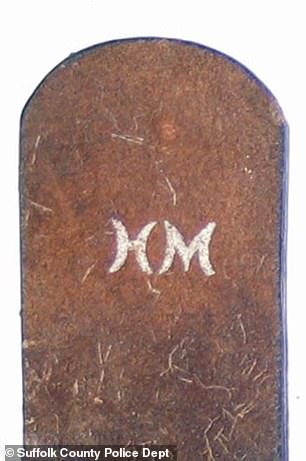 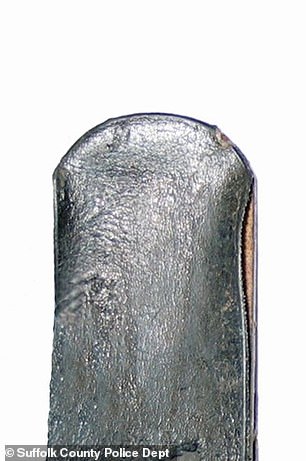 In January, Suffolk County police revealed a photograph of a black leather belt with the initials ‘WH’ or ‘HM.’ The belt was found at one of the crime scenes and was handled by an unknown suspect

Suffolk County Police Commissioner Geraldine Hart declined to say exactly where the belt was found and which one of the victims it was linked to. She said investigators determined that the belt was not owned by any of the victims.

‘We do believe that this item was handled by the suspect and did not belong to any of the victims,’ said Hart at the time.

The hunt for the serial killer was triggered by the disappearance of Shannan Gilbert in 2010.

Gilbert, a 24-year-old sex worker, vanished after leaving a client’s house on foot on May 11, 2010, in the seafront community of Oak Beach, disappearing into the marsh. She was said to be terrified and was heard yelling and banging on doors at nearby homes.

Months later, Suffolk County Police Officer John Malia and his cadaver dog were looking for her body in the brush along nearby Ocean Parkway when they happened upon Melissa Barthelemy’s skeletal remains.

Barthelemy, a Craiglist escort, disappeared from The Bronx in July 2009. Not long after, her then-16-year-old sister, began receiving calls from Melissa’s phone. On the other end of the line was a man’s voice who told her her older sister was dead and threatened the teen. At least one of the calls came from Penn Station in Manhattan. 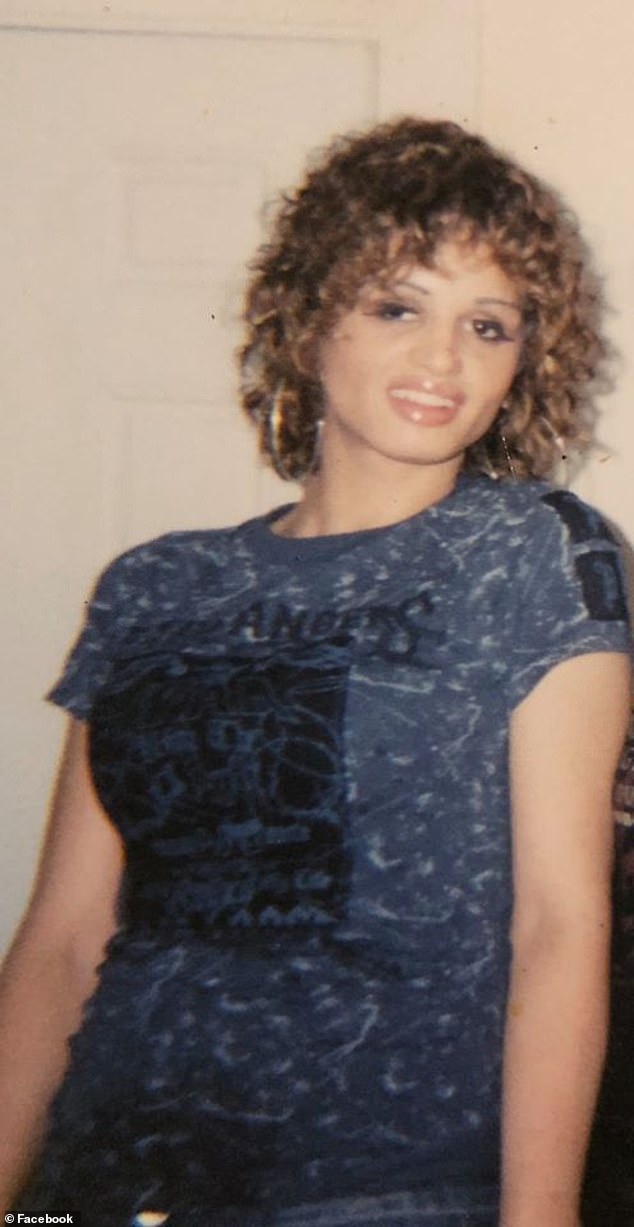 Shannan Gilbert, a 24-year-old sex worker, went missing in 2010 after leaving a john’s house. Her disappearance ended up uncovering the other killings 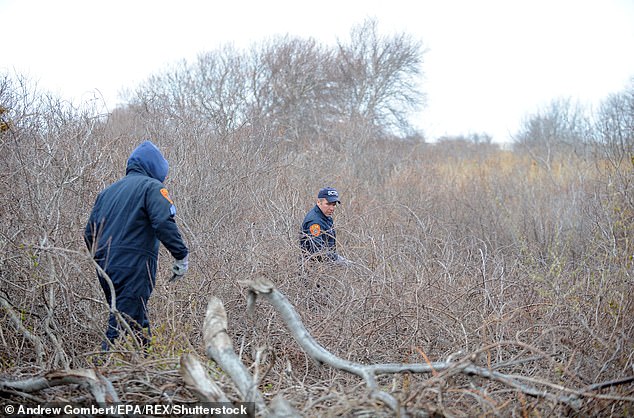 Police use cadaver dogs to search the thick brush on the side of the road near Oak Beacht, Long Island, on April 5, 2011

More grim discoveries followed, making for a puzzling crime scene that stretched from a park near the New York City limits to a resort community on Fire Island and out to far eastern Long Island.

In March 2011, police found the skull of a prostitute named Jessica Taylor, who was 20 when most of the rest of her body was found in a wooded area of Manorville shortly after she disappeared in 2003.

Body parts found near Gilgo Beach were also linked to another corpse found in Manorville in 2000. That female victim, hitherto known only as ‘Jane Doe No 6,’ was identified using genetic genealogy tools in May of this year as 24-year-old Valerie Mack.

Mack, who also went by Melissa Taylor, was an escort from Philadelphia who vanished near Atlantic City, New Jersey in 2000 at the age of 24.

Gilbert’s body was found in December 2011, about 3 miles east of where the other 10 sets were discovered.

In talking about the bodies near Gilgo Beach, investigators have said several times over the years it is unlikely one person killed all the victims. 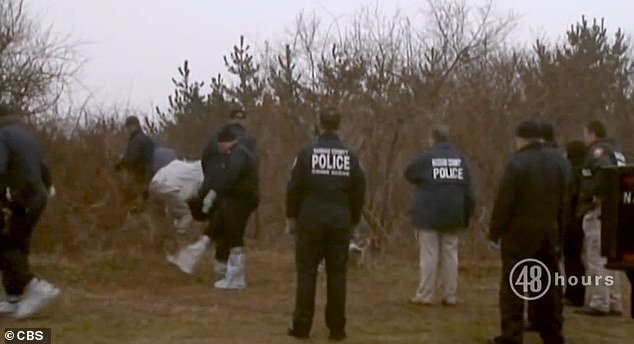 In talking about the bodies near Gilgo Beach, investigators have repeatedly said it is unlikely one person killed all the victims

A decade later, Suffolk County officials appear to be no closer to making an arrest

Detectives had long maintained that Gilbert’s death was accidental and excluded her from the list of the serial killer’s confirmed victims, but Hart was less committal when asked about it in January.

Investigators said soon after her remains were found that she drowned in a drug-induced haze after wandering into the wetland; her relatives have long disputed that determination.

An independent autopsy results commissioned by Gilbert’s mother indicated she too may have been strangled like the other victims.

However, Hart — a former FBI agent who became commissioner in 2018, said Gilbert’s cause of death was ‘inconclusive.’

Hart said the investigation remains active and all available tools are being utilized to try and solve the case.

The Suffolk County Police Department has launched a website, Gilgo News, to share updates about the investigation and allow potential witnesses to reach out with information.

British Minister of Health: A new strain of the Corona virus has been detected, which is faster