Murder suspect escapes from jail transport in a belly chain, handcuffs and a leg brace by jumping out of van’s window at Indiana McDonald’s drive-thru

A 22-year-old murder suspect escaped on Monday afternoon at a fast food drive-thru in northwestern Indiana while being extradited from Texas, triggering a large-scale manhunt.

Leon Taylor was shackled and handcuffed when he managed to climb out of a transport van’s window at a McDonald’s in Gary at around 3pm and flee on foot, said the Lake County Sheriff’s Department.

An agent from REDI Transports, a private company headquartered in Green Bay, Wisconsin, was transporting Taylor on his way from Texas to Lake County, Indiana, to face murder charges, when he got away in the area of 35th and Grant Street in Gary. 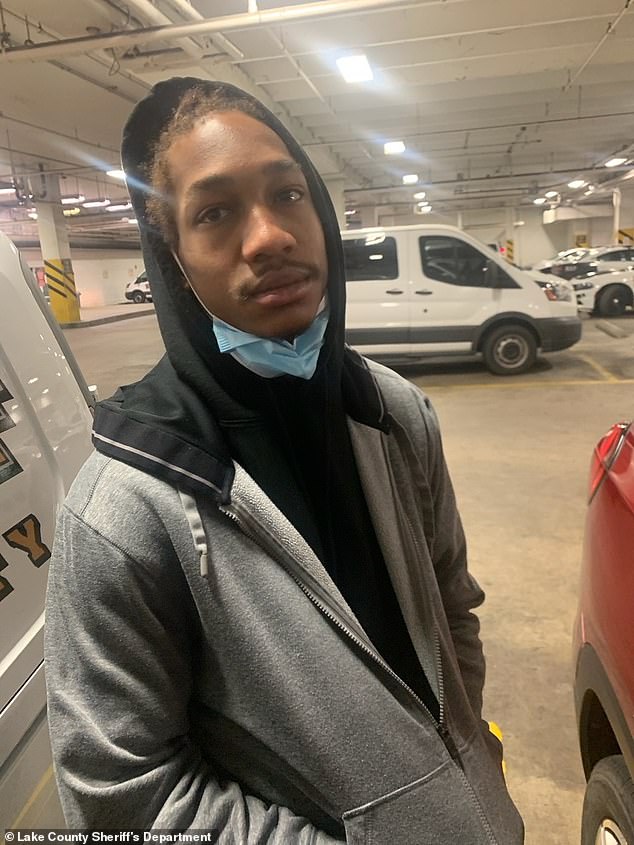 Wanted: Officials in Indiana are on the hunt from murder suspect Leon Taylor, 22, who escaped at a McDonald’s drive-thru in Gary on Monday afternoon while being extradited from Texas 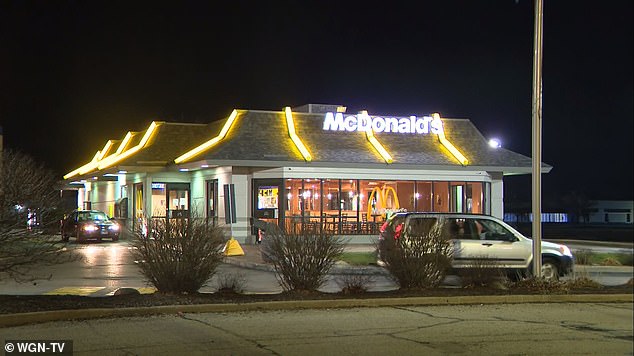 An agent working for a private transport company stopped off at this McDonald’s on Grant Street in Gary at 3pm to feed Taylor, and agreed to open a window for him

At the time of escape, Taylor was wearing a belly chain with handcuffs and a leg brace. He was also wearing a grey hoodie with an additional black hoodie underneath, black Puma tennis shoes and black jeans.

Lake County Sheriff Oscar Martinez Jr told NWI Times the agent pulled into the McDonald’s drive-thru to order food for the suspect before taking him to jail.

While in line at the drive-thru, Taylor asked the agent to open a window in the van so that he could remove his protective mask and ‘spit,’ according to the sheriff.

As soon as the agent opened the window, Taylor made his escape, despite wearing the special leg brace that should have prevented him from running.

‘For some reason, it didn’t work properly,’ the sheriff said of the device.

The sheriff’s office and Gary police helped search for Taylor. A police helicopter and K-9 dogs also were called in but could not locate him. 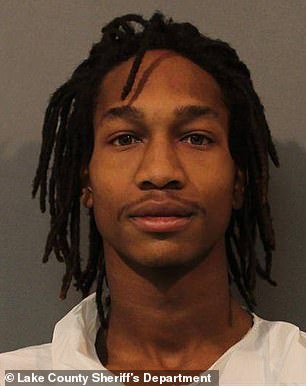 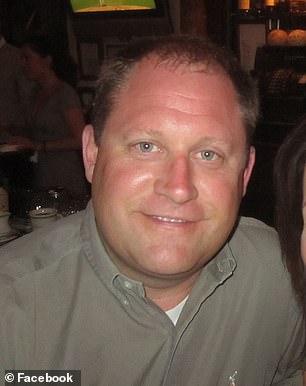 Taylor was wanted for murder in East Chicago, purportedly in connection to the November 19 shooting death and robbery of Daniel Nitzsche (right)

Martinez said that all extraditions outside of a radius of approximately 250 miles from the Lake County Jail are handled by the courts and not by the sheriff’s department.

A source familiar with the investigation said Taylor was wanted for the November 19 fatal shooting and robbery of 52-year-old Daniel Nitzsche in East Chicago.

Nitzsche, a married father-of-three, was shot once in the chest in broad daylight and died in the hospital a short time later.

A GoFundMe campaign described Nitzsche as ‘a man of great character who brought out the best in those around him.’

Taylor is from Hammond, Indiana, and is known to visit Gary and East Chicago. He is described as a black male, 6 feet tall and about 162lbs, with hazel eyes and brown hair.

Anyone with information on Taylor’s whereabouts is asked to call 911. He is considered to be dangerous.