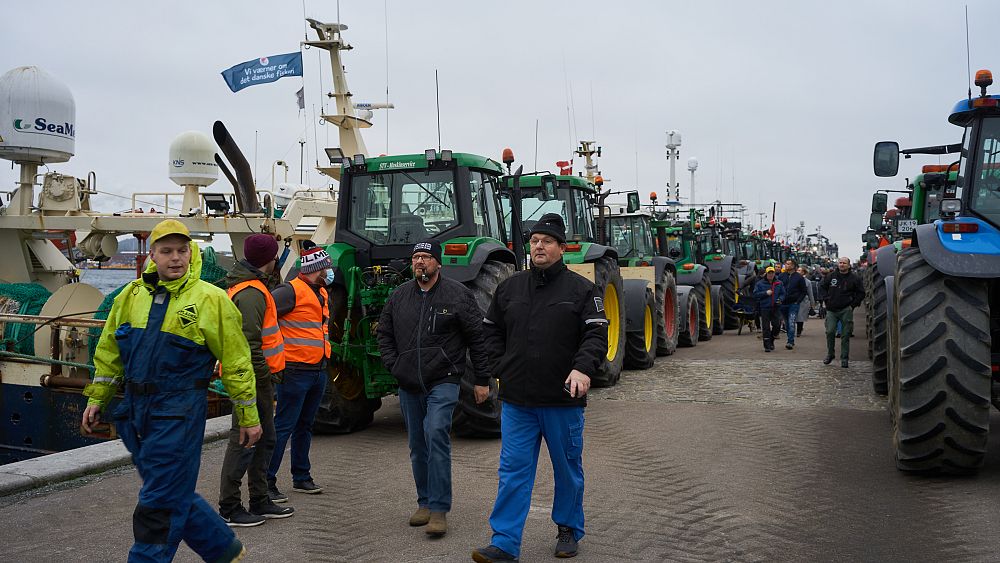 
Hundreds of Danish farmers and mink breeders demonstrated with tractors against a government decision to cull their minks to halt the spread of a coronavirus variant.

More than 500 tractors, many decked out with the Danish flag, drove past the government’s offices and parliament in Copenhagen to the port. Another 400 staged a similar protest in the country’s second city, Aarhus.

Prime Minister Frederiksen’s government has acknowledged that its decision to cull more than 15 million minks had no legal basis for those not contaminated by the Covid-19 variant, infuriating breeders.

Denmark, a country of around 5.8 million people, has been the world’s leading exporter of mink fur for several decades.

“It is not fair what has happened to the breeders,” said Daniel, 19, a mink farm worker.

“The entire sector will now have to shut down,” he added.

Despite her apology, Prime Minister Mette Frederiksen has insisted the cull remains “non-negotiable”.

Her government is now preparing legislation to make it possible — by banning mink farming until January 1, 2022.

Sinkholes open up in Croatia after December’s deadly earthquake

Wife for sale for sale… yours for a few farthings!