Coronavirus has cost more than 2.5 million years of potential human life in the US


The coronavirus pandemic has cost millions of years of potential human life in the US, a new study suggests.

A researcher from Harvard University added up the number of years Americans who died from COVID-19 would have lived if they reached their average life expectancy.

His findings show that, since the beginning of 2020, the crisis has claimed 2.5 millions years of potential life lost.

This includes everyone from senior citizens who had another 20 or 30 years to live to middle-age adults who never made it to old age. 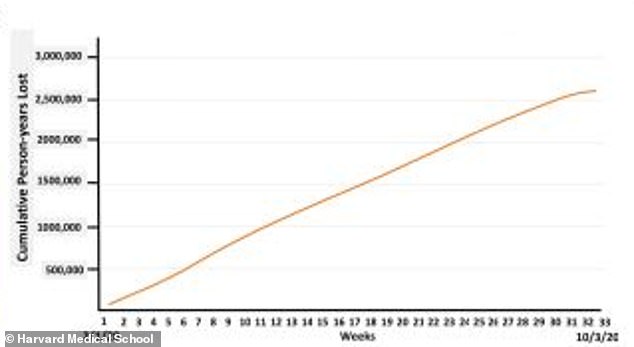 A new study from Harvard Medical School has found that the coronavirus pandemic cost 2.5 million years of potential life lost in the US with an average of 13.25 years lost per death. 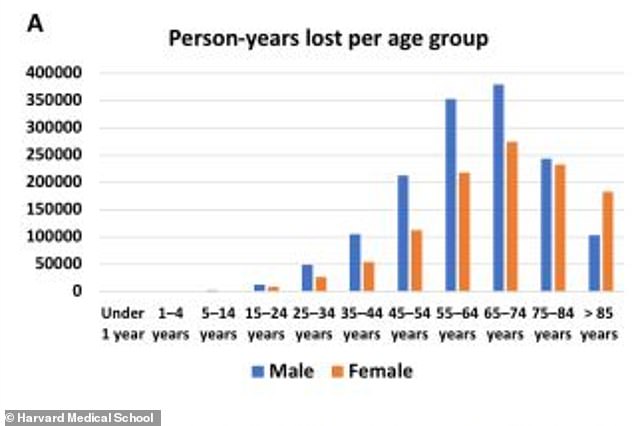 Nearly 1.2 million years of potential life lost were among people under age 65 despite making up only-fifth of coronavirus deaths 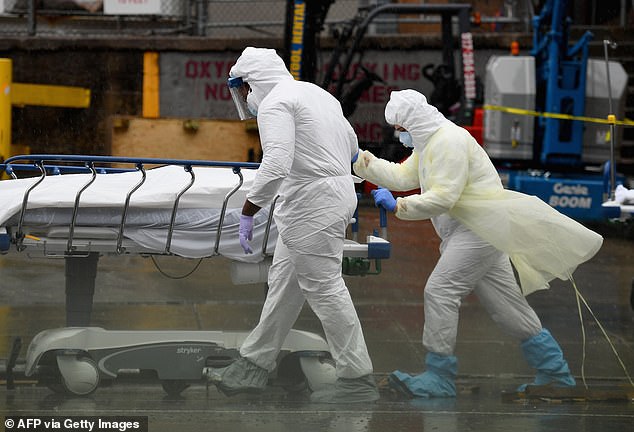 As of Thursday morning, more than 222,000 Americans have died from COVID-19 as have 1.1 million people around the globe.

Lead author Dr Stephen Elledge, a professor in the department of genetics at Harvard Medical School, says many do not believe the disease is fatal due to the fact that 80 percent of Americans who have died are over age 65.

‘Unfortunately, significant levels of misunderstanding exist about the severity of the disease and its lethality,’ he wrote.

‘As COVID-19 disproportionally impacts elderly populations, the false impression that the impact on society of these deaths is minimal may be conveyed by some because elderly individuals are closer to a natural death.’

For the study, published on pre-print site medRxiv.org, Elledge obtained data from the Centers for Disease Control and Prevention (CDC) on deaths per age group from COVID-19 through October 3.

This was then cross-referenced with actuarial tables from the Social Security Administration on normal life expectancies in the US across age groups.

In total, out of the around 194,000 deaths that Elledge counted at the time of his study, more than 2.5 million years of potential life were lost.

Only one-fifth of people who have died from the virus in the US are under age 65, but they make up nearly 1.2 million years of potential life lost. 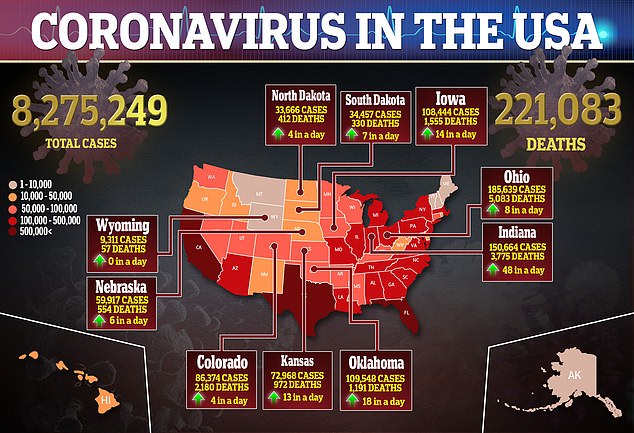 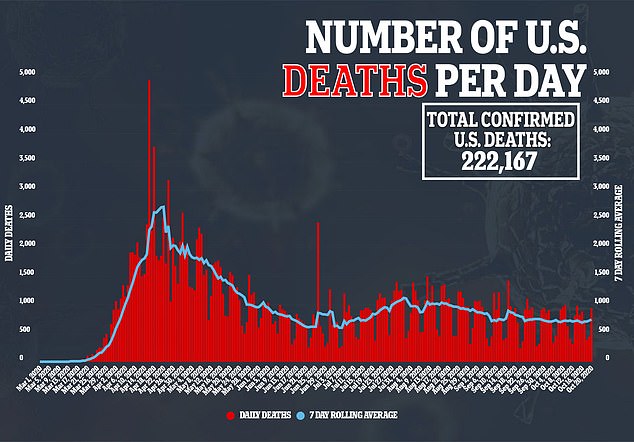 Senior citizens and the elderly account for the remaining 1.4 million years in the study.

Men lost more potential years of human life, around 1.4 million, than women did around 1.1 million.

Elledge said his analysis was unable to adjust for the number of life-years lost due to underlying conditions such as obesity and diabetes or disparities between races, but he hopes to do so in future research.

‘This is an astounding cost and surprising given the apparent public misperception that COVID-19 is a disease that disproportionately impacts the elderly and is somehow of less concern to the rest of society,’ he wrote.

‘A significant proportion of deaths due to COVID-19 occur in individuals in their 40s, 50s and 60s who had dozens of years of expected life ahead of them.’

This is not the only analysis that has shown the magnitude of the pandemic beyond infections and deaths.

On Tuesday, a report from the CDC found that the coronavirus pandemic led to a more 25 percent jump in excess deaths among Americans between ages 25 and 44 – more than other age groups. 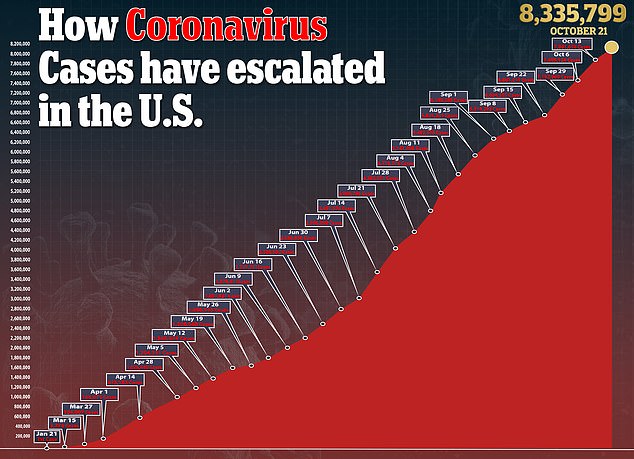 The former local prosecutor in Minnesota who brought manslaughter charges against the police officer who fatally...