An anti-lockdown protester today wailed and burst into tears as he was arrested by police for allegedly breaching coronavirus restrictions ahead of a demonstration in London.

The Met Police have been making arrests outside King’s Cross station and Marble Arch in Hyde Park as anti-shutdown protesters led by Piers Corbyn take to the streets.

Video which first appeared on Twitter shows a lone man at King’s Cross howling in apparent agony as he falls to the ground and sobs while police officers detain him and lead him away.

A protest is not a permitted exemption to the prohibition on gatherings under current coronavirus regulations in England and those who attend risk enforcement action by officers, the Met Police said in a statement.

Furious demonstrators have hit the streets in protest against government shutdowns since August, where a massive 10,000-person rally descended upon Trafalgar Square. 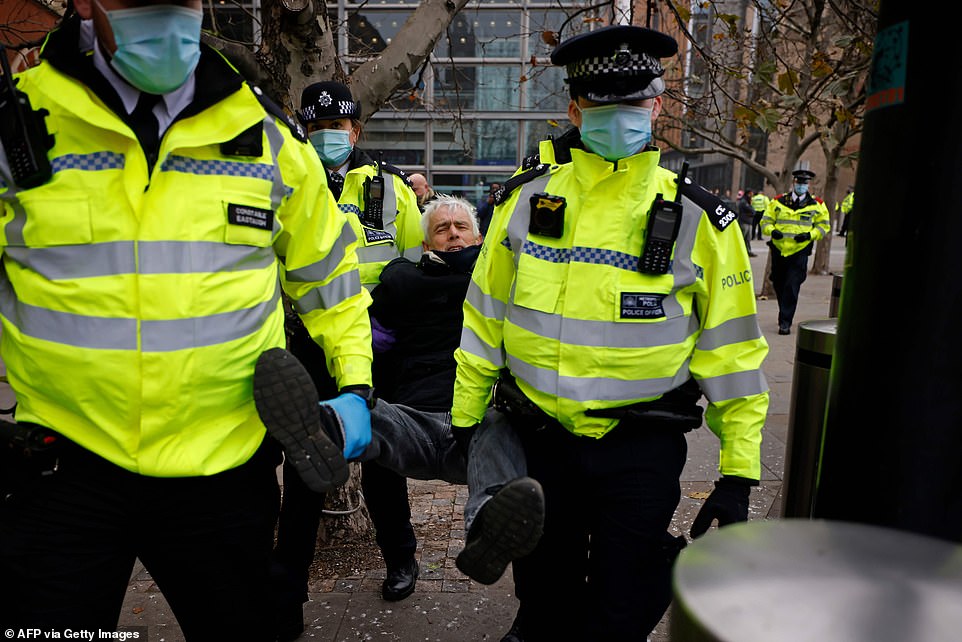 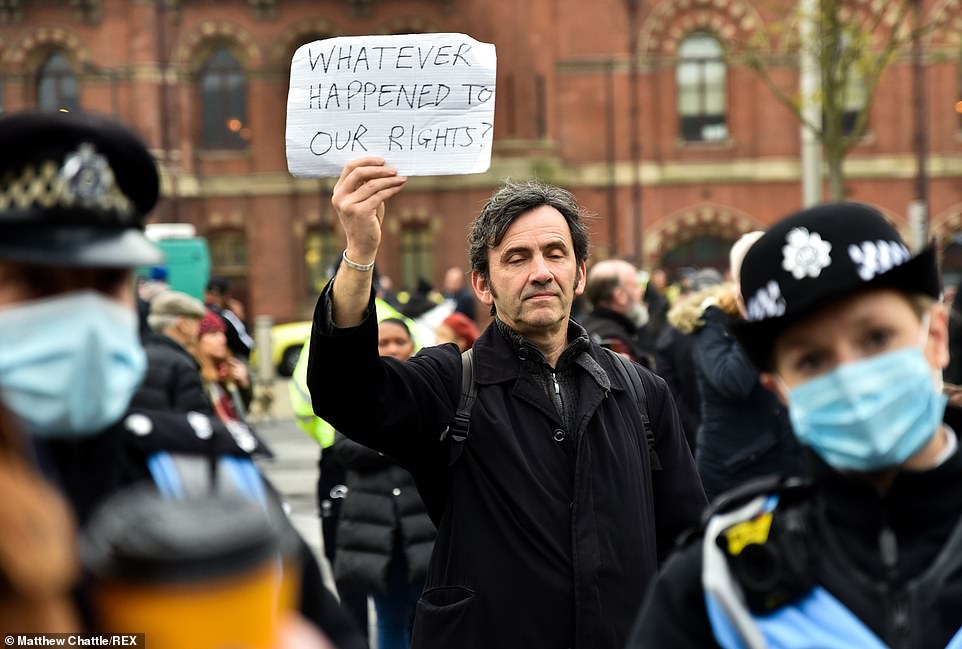 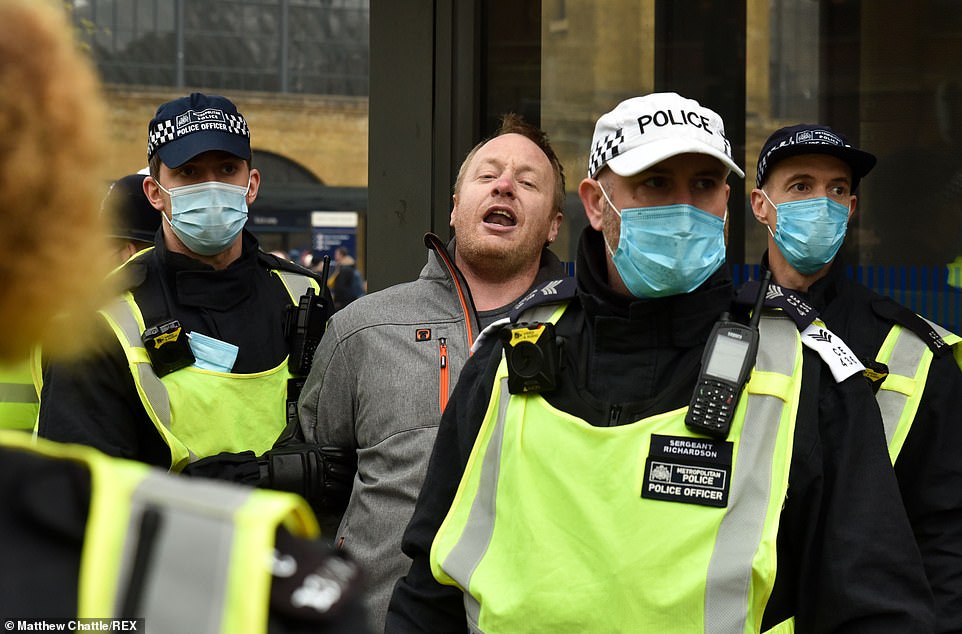 A growing number of people, including Tory backbenchers, regard lockdown measures as oppressive and economically damaging – with some 260,000 jobs already lost and millions more expected.

Up to 100 potential Conservative MPs could rebel against Boris Johnson in a Commons showdown next week, which could see the Prime Minister forced to rely on the Labour Party to get the restrictions approved.

Their anger has been fuelled by claims by senior officials that it is ‘unrealistic’ to expect areas under the toughest Covid curbs – Tiers 2 and 3 – to move down to Tier 1 before the spring, in a plan dubbed a ‘virtual lockdown’.

It comes as Michael Gove today warned up to 100 potential Tory rebels to put Britain’s interests first  after officials admitted last night that almost the entire nation will be banned from socialising indoors until Easter.

The Cabinet Office minister urged MPs to ‘take responsibility for difficult decisions’ to curb the spread of Covid-19, amid anger from some Conservatives that much of England will face stringent restrictions.

Writing in The Times today, Mr Gove said the decision to impose the restrictions was necessary to ‘pull the handbrake’ and avoid the ‘disaster’ of NHS hospitals – and private sector and newly-built Nightingale hospitals – becoming filled to capacity with only Covid patients and emergency cases. 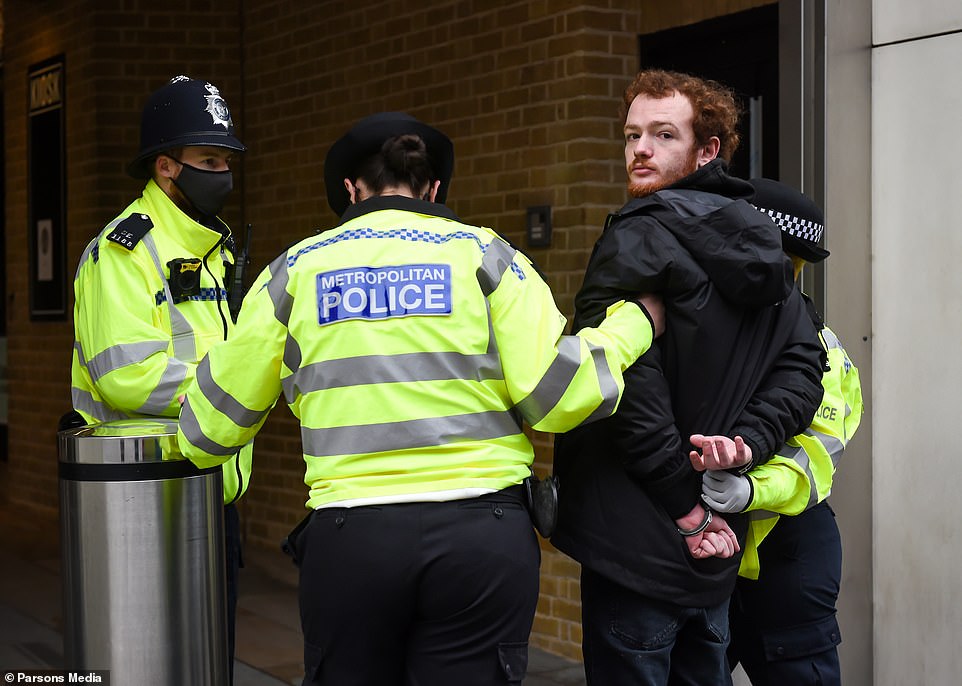 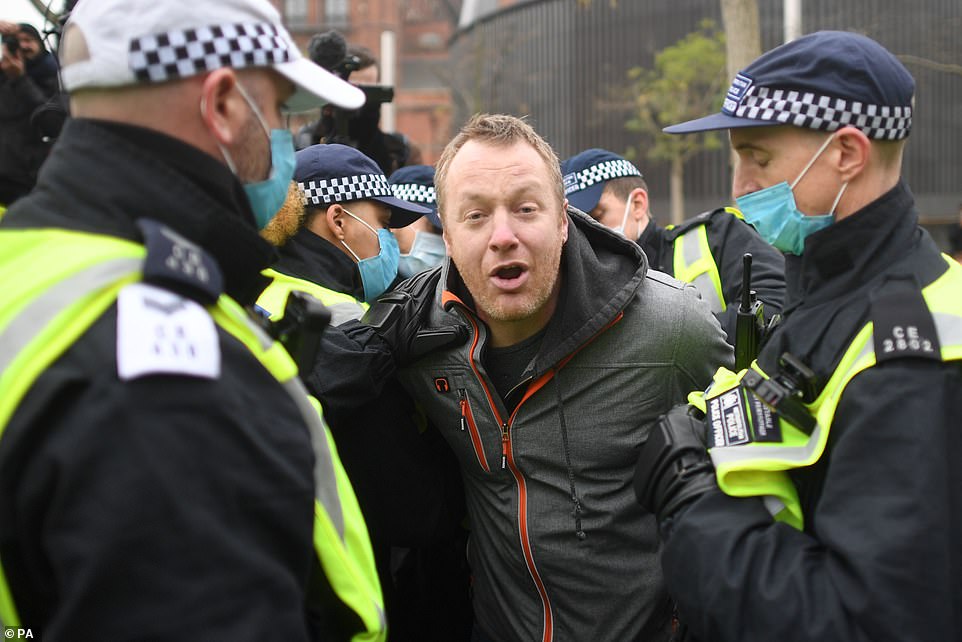 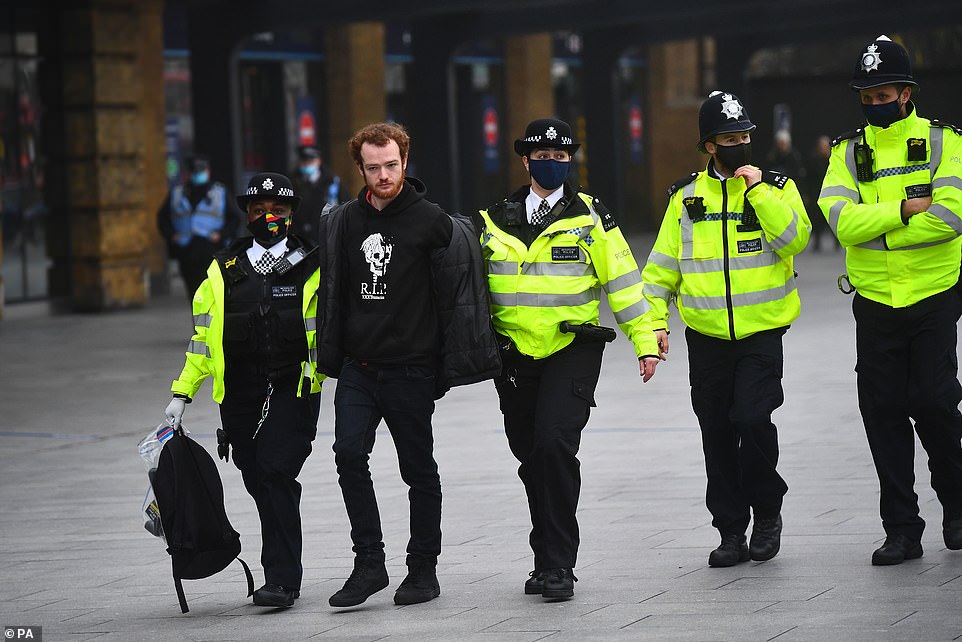 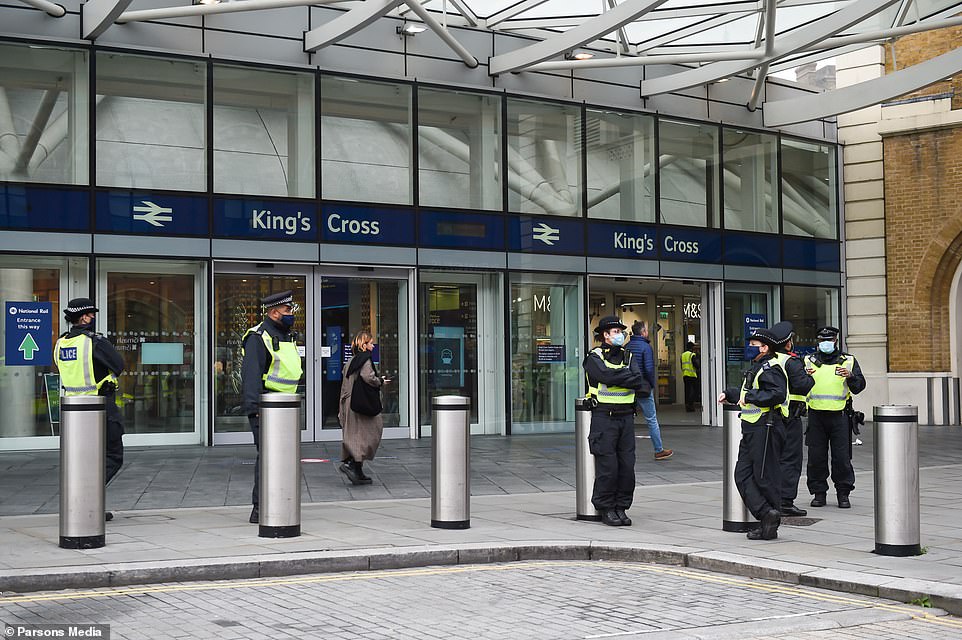 ‘Keeping our hospitals open, available and effective was not just crucial to dealing with Covid-19. It was imperative for the health of the whole nation,’ the pro-shutdown Tory minister argued.

‘But the only way to ensure we can take care of cancer patients, administer radiotherapy and chemotherapy, and help stroke victims and treat heart attacks is by protecting the NHS,’ he said, adding this could only be done by reducing the spread of the virus and thus limiting the number of Covid patients in hospitals.

Mr Gove also claimed that reducing infections would save the UK economy, which has been decimated by shutdown restrictions that prevent the trade of the hospitality industry and retail, tourism and air travel.

As official forecasts warn that the national debt could soar to £2.8trillion by 2025, he warned: ‘Think for a moment what would happen to our economy if we allowed infections to reach such a level that our NHS was overwhelmed.’

But his argument was attacked by former Supreme Court judge Lord Sumption today, who blasted the Government’s use of ‘extremely selective and tendentious’ data to justify shutdowns.