Young people and children are at risk of becoming a ‘lost generation’ because of the UK Government‘s Covid-19 response, members of SAGE warned today.

Generation Z — those aged between seven and 24 — have largely avoided any direct consequences of coronavirus to their health.

But the disruption to education, huge national debt and climbing unemployment rates will all have a ‘catastrophic’ impact on their futures, the experts warned.

More than 10million British schoolchildren had their schools shut in March to flatten coronavirus’s curve. The move was successful but it is feared to have exacerbated inequalities and left children from the poorest families at least a year behind their classmates.

Numerous studies and reports have also warned of a ‘ticking time bomb’ of mental and physical health problems in the future – including anxiety, depression and obesity – as a result of youngsters being cooped up inside for the better part of six months.

And there are fears that problems pre-dating Covid-19 could be made worse. Thirty per cent of children were already living in poverty before the pandemic, a figure which is expected to skyrocket due to the economic fallout of the crisis.

Official data shows 16 to 24-year-olds accounted for almost two thirds of people put out of work since March.  While youth employment is also on course to more than treble to its highest levels in three decades. 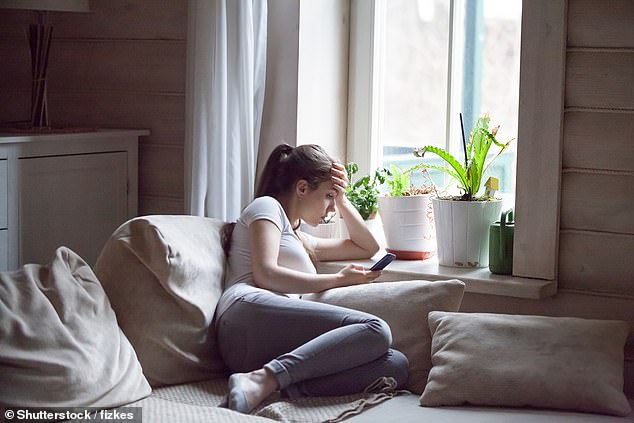 Generation Z – those aged seven to 24 – have largely avoided any direct consequences of coronavirus to their health. But the disruption to education, huge national debt and climbing unemployment rates will all have a ‘catastrophic’ impact on their futures, experts have warned

Professor Russell Viner, president of the Royal College of Paediatrics and Child Health, who sits on SAGE’s children’s task and finish working group, told the Guardian: ‘This is a generation under threat.

‘It will be catastrophically, disproportionately hit and harmed by the loss of economic and social opportunities as a direct result of the pandemic.

‘We have taken money out of our children’s futures by racking up this huge national debt.

‘We have to face up to the fact that we not only took away the protective net we throw around our children by closing schools and redeploying the children’s health workforce, but then we mortgaged off their futures for the current reality.’

Almost 8million Brits and HALF of under-25s were affected by ‘lockdown loneliness’, official data suggests

The wellbeing of almost 8million Britons was affected by loneliness caused by the government’s coronavirus lockdown, official data suggests.

A survey by the Office for National Statistics of more than 5,500 people suggested 14.3 per cent of the population — or 7.4million people – have suffered loneliness in the past seven days.

Statisticians revealed this group of people, dubbed the ‘lockdown lonely’, tend to be young, single or divorced, and renting.

Half of those aged 16 to 24 were affected by ‘lockdown loneliness’, according to the survey, compared to just a quarter of those around their 60s.

Separate findings of the same survey, carried out on 5,000 Brits, revealed 5 per cent were ‘chronically lonely’ and admitted they felt alone ‘often or always’.

The data from The Opinions and Lifestyle Survey was collected from April 3 to May 3 and involved 5,260 adults.

Everyone in the survey was asked ‘How often do you feel lonely?’. Five per cent of said they were suffering chronic loneliness, which means they are lonely ‘often or always’ and not just in the past seven days.

This equates to 2.6million people across Great Britain.

Professor Viner’s words were echoed by another SAGE member, Professor Chris Bonell from the London School of Hygiene and Tropical Medicine.

He said even those who got through lockdown without their mental or physical health taking a hit would be impacted by the financial fallout of the crisis, describing it as ‘the most dramatic disruption’ ‘any generation has experienced in modern times’.

He told the newspaper: ‘These adversities will be played out along their whole life courses: scarring like this doesn’t just wash out – it’s permanent.’

Professor Bonell said the Government failed to think about the impact on generation Z when making its policy decisions.

He said experts advising ministers had been voicing their concerns about the threat of some lockdown measures on young people, but that they fell on deaf ears.

Professor Bonell claimed Number 10 was shown ’empirical evidence’ of the increased risk to youngsters but it was ‘brushed aside’.

One example was calls for ministers to issue a full national programme of learning instead of leaving it up to individual schools during the first wave.

It comes after the Resolution Foundation predicted youth unemployment could top 1.3million by next year, more than trebling from the current level of 408,000.

It estimated that around 800,000 people aged between 18 and 24 are set to leave education this year.

With unemployment expected to soar this year as struggling firms slash costs, the think tank warns the ‘corona class of 2020’ could face years of reduced pay and limited job prospects.

It also pointed out that those who have recently left education are more likely to work in sectors which have been hardest hit by the lock-down.

Over the past decade, it said one-in-three non-graduates, and one-in-five graduates, have got their first employment experience after education in sectors such as retail, hospitality, travel and leisure.

Face-to-face social interaction is vital for brain development and building a sense of self between the age of 10 and 24.

Cambridge academics warn depriving young people of this may lead to a host of mental health, behavioural and cognitive problems later in life.

In an editorial in the Lancet in July, neuroscientists from the prestigious university said adolescence – defined by the scientists as between 10 and 24 – is a vulnerable stage in the development of a person.

On top of major hormonal changes and puberty, this is the point at which people want to spend more time with their friends than their family.

It is also the period in their life when they are most likely to develop mental health problems.

Earlier studies have suggested that high quality relationships with appear to protect people from mental health problems and strengthen their resilience.