Sir Keir Starmer tonight called for a second national lockdown to start immediately as he claimed vindication on calling for a ‘circuit-breaker’ two weeks ago.

The Labour leader also indicated that his Party will back the Tory Government in a vote on a new England-wide lockdown in the Commons.

He welcomed Boris Johnson‘s plans to plunge the country into a second shutdown but said it should have happened ‘weeks ago’.

The Labour leader also warned that the new restrictions should be brought in ‘swiftly’, saying that the delay until Thursday will cost lives.

Meanwhile, London Mayor Sadiq Khan tonight tweeted that he was ‘furious’ that the Government has ‘dithered and delayed yet again’.

He said their ‘indecision will have unimaginable consequences’ for ‘lives and livelihoods’ and claimed ‘acting early and decisively’ will suppress coronavirus.

And Leader of the Liberal Democrats Sir Ed Davey called the Government ‘an utter shambles’, tweeting: ‘Through dither and delay they have cost jobs and lives.

‘PM must ensure people have the support they need through this lockdown – and start work on a UK wide plan for Christmas.’

It comes as the Prime Minister tonight announced that England will be plunged into a second shutdown, due to take effect from midnight on Thursday until December 2.

People must stay at home unless for specific reasons, such as going to the supermarket, while hospitality venues and non-essential shops will be shut.

Childcare, early years settings, schools, colleges and universities will remain open, with Mr Johnson telling a No10 press conference: ‘We cannot let this virus damage our children’s futures even more than it has already’.

As England braces for a second national lockdown: 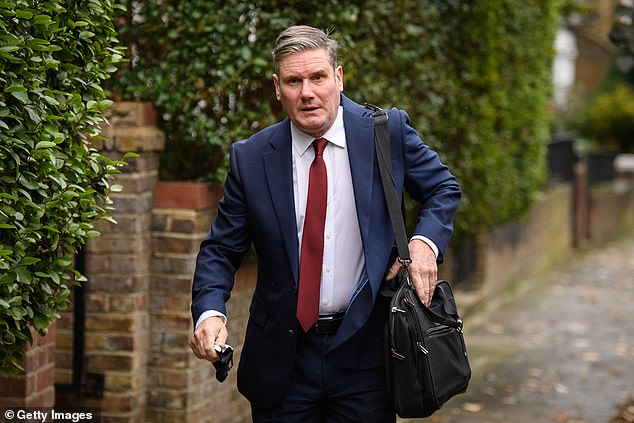 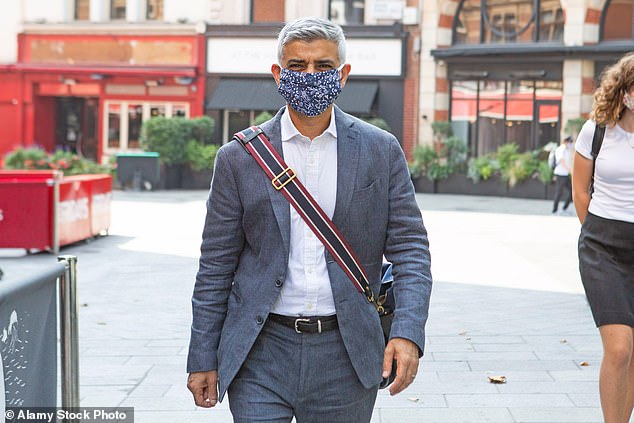 Meanwhile, London Mayor Sadiq Khan tonight tweeted that he was ‘furious’ that the Government has ‘dithered and delayed yet again’ 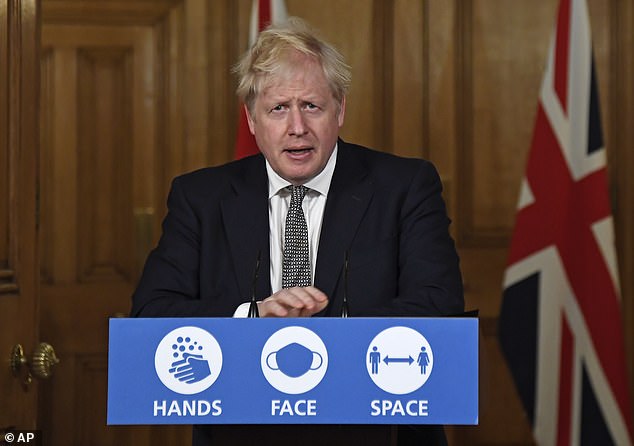 Sir Keir told reporters tonight: ‘Everybody is concerned about the rise in infections, the hospital admissions and tragically the number of deaths. That’s why three weeks ago, I called for circuit-break.

‘The Government completely rejected that only now to announce the self-same thing. Alas the delay now will cost, the lockdown will be longer, it’ll be harder and there’s a human cost which will be very, very real.

‘Now, there’s no denying these measures are necessary and I’m glad that the Government has finally taken the decision that it should have taken weeks ago.’

He indicated that Labour will back the Government in a Commons vote on the new lockdown, saying ‘these measures are necessary’, but warned against further delay.

Asked about the restrictions not coming into force until Thursday, the Labour leader told reporters that they should be brought in ‘swiftly’. 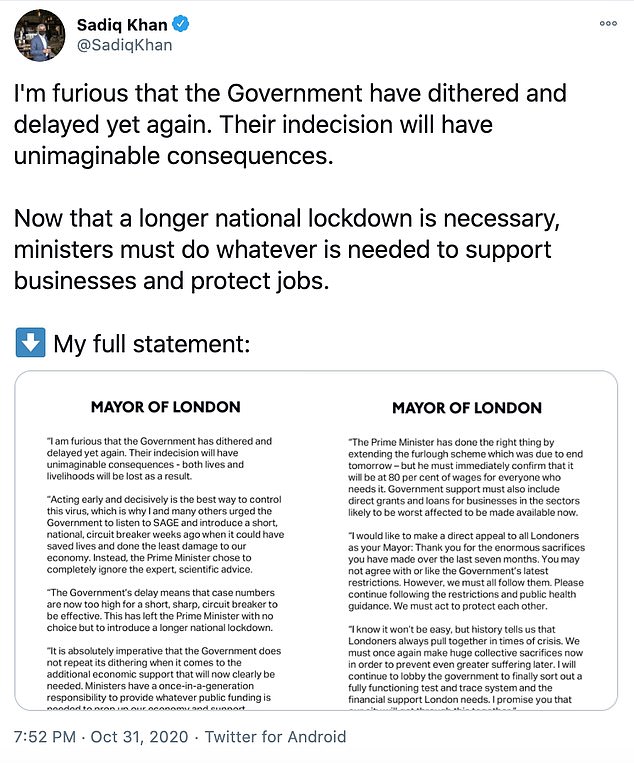 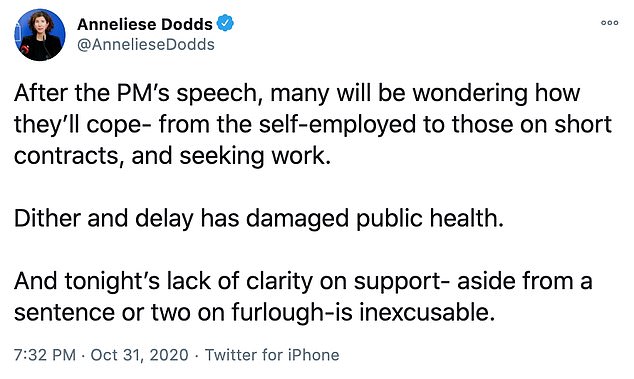 Labour’s shadow chancellor Anneliese Dodds took at swipe at what she called the Government’s ‘lack of clarity on support’, calling it ‘inexcusable’

‘I think we need to level with the public on that.

Responding to the No10 press conference, Mr Khan accused the Prime Minister of choosing to ‘completely ignore the expert, scientific advice’.

‘Acting early and decisively is the best way to control this virus, which is why I and many others urged the Government to listen to SAGE and introduce a short, national, circuit breaker weeks ago when it could have saved lives and done the least damage to our economy,’ the Mayor of London tweeted.

‘The Government’s delay means that case numbers are now too high for a short, sharp, circuit breaker to be effective. This has left the Prime Minister with no choice but to introduce a longer national lockdown.

‘It is absolutely imperative that the Government does not repeat its dithering when it comes to the additional economic support that will now clearly be needed.

‘Ministers have a once-in-a-generation responsibility to provide whatever public funding is needed to prop up our economy and support businesses and jobs through this period of much tighter restrictions. The Chancellor needs to stand up urgently and say that he will do whatever it takes for as long as is needed.’

In his statement on the new lockdown measures in England, Mr Khan added: ‘The Prime Minister has done the right thing by extending the furlough scheme which was due to end tomorrow – but he must immediately confirm that it will be at 80 per cent of wages for everyone who needs it.

‘Government support must also include direct grants and loans for businesses in the sectors likely to be worst affected to be made available now.

‘I would like to make a direct appeal to all Londoners as your Mayor: Thank you for the enormous sacrifices you have made over the last seven months. You may not agree with or like the Government’s latest restrictions.

‘However, we must all follow them. Please continue following the restrictions and public health guidance. We must act to protect each other.

‘I know it won’t be easy, but history tells us that Londoners always pull together in times of crisis. We must once again make huge collective sacrifices now in order to prevent even greater suffering later. I will continue to lobby the Government to finally sort out a fully functioning test and trace system and the financial support London needs. I promise you that our city will get through this together.’

Labour’s shadow chancellor Anneliese Dodds took at swipe at what she called the Government’s ‘lack of clarity on support’, calling it ‘inexcusable’.

She tweeted: ‘Dither and delay has damaged public health.

‘After the PM’s speech, many will be wondering how they’ll cope – from the self-employed to those on short contracts, and seeking work.’

Sir Keir had demanded that Britain be plunged into a nation-wide  ‘circuit-breaker’ as soon as possible as he accused the Prime Minister of losing control of the pandemic.

The Labour leader said a complete shutdown lasting two to three weeks could be timed to take place over half-term to minimise disruption but warned ‘sacrifices’ would have to be made to get the virus back under control.