Researchers found that the average wait time for results to return has fallen from four days in April to 2.7 days in September.

Additionally, black adults the US wait almost an entire day more than white US adults for test results.

The team, led by Rutgers University in New Jersey, says while it is encouraging to see wait times decreasing, it is still too slow to effectively contact trace, which could allow the virus to spread the unchecked and delay efforts to curb the pandemic. 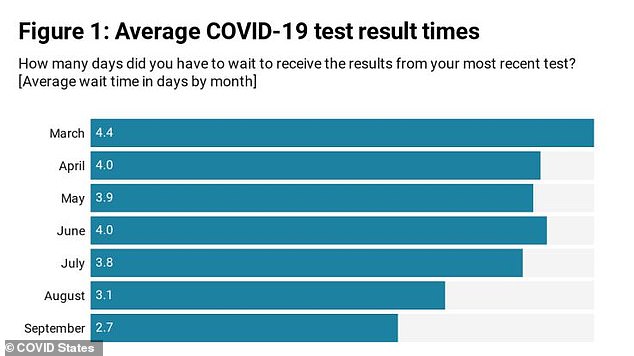 A new survey, led by Rutgers University, reveals the average wait time for coronavirus test results to return has fallen from four days in April to 2.7 days in September 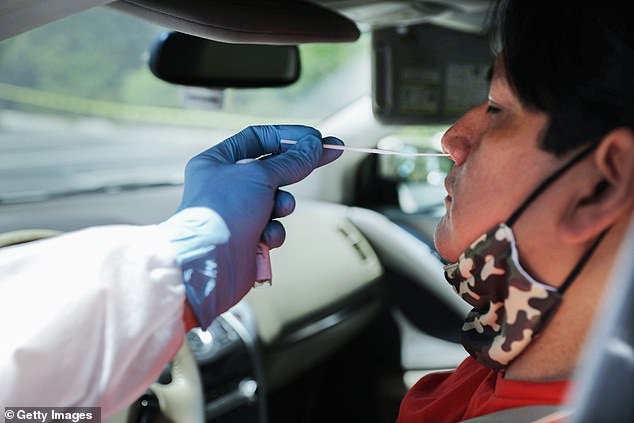 Researchers say this is still too slow for contact tracing and could allow the virus to spread unchecked. Pictured: A healthcare worker gives a motorist a nasal swab test at a drive-in testing center in Los Angeles, California, August 2020

The findings were published as part of a report for The COVID-19 Consortium for Understanding the Public’s Policy Preferences Across States.

Across three surveys conducted in July, August and September, the team polled more than 52,000 people across all 50 states and Washington, DC.

Results showed that the wait time results fell from a high of 4.4 days in March to 2.7 days in September.

This is likely due to an increased number of tests, increased testing sites and more information about how and where to get tested.

However, there were disparities across races when it came to wait times for coronavirus test results.

White Americans and Asian American who were surveyed said they waited an average of 3.5 and 3.6 days, respectively, for their results.

By comparison, black Americans waited around 4.4 days for their results and Hispanics waited an average of 4.1 days.

This means some minorities are waiting almost one whole day longer than Caucasians to get their results back.

‘Delivering results is just one part of the testing process. Many Americans face difficulties accessing tests in the first place.’

Additionally, only 56 percent of people who received a positive coronavirus test say they were contacted by contact tracers. 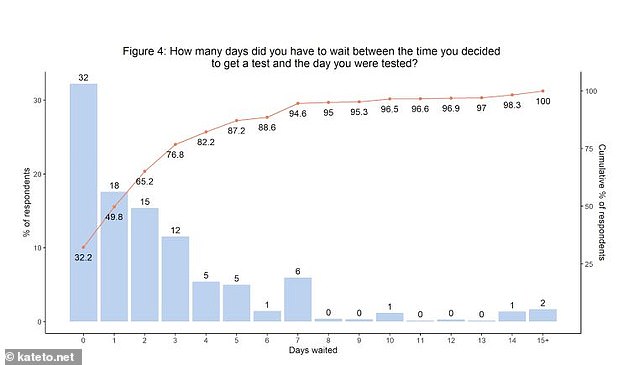 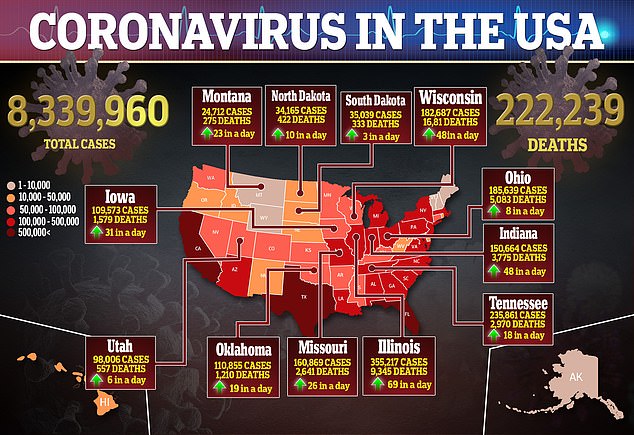 This process involves COVID-19 positive patients remembering everyone they came into contact with while possibly contagious, and then those people are asked to self-quarantine for two weeks.

There were no significant differences among racial groups when it came to being contacted for contact tracing and who they were contacted by.

Researchers also found a number of barriers that prevented people from getting tested.

A total of 31 percent of respondents each said they did not know how or where to get a test whole 29 percent reported being told by a medical professional that they didn’t need a test.

About 23 percent said the nearest testing site was too far away and 14 percent say the test was too expensive. 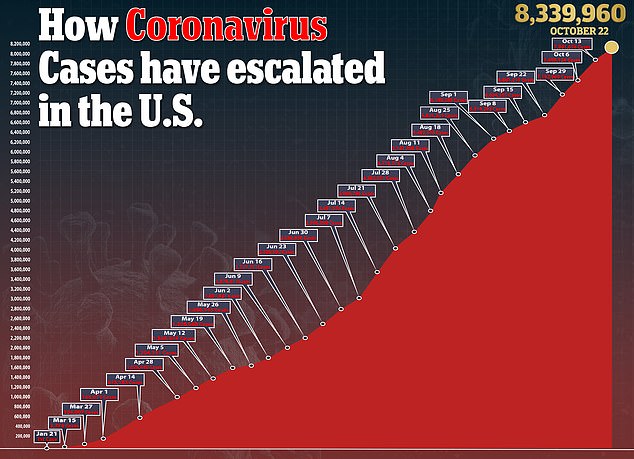 Jordan: The number of suicides increased by 28% last year