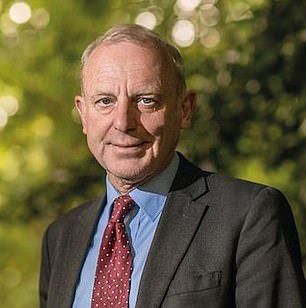 As this extraordinary year enters its final weeks, the gloom is beginning to recede. Even in the darkness of winter, there is light at the end of the tunnel – and it is becoming brighter.

The start of this week has brought an array of good news which appears to herald the conquest of the coronavirus. Across the country, the number of new cases and hospital admissions are in decline. The national lockdown is being eased. Best of all, potent new vaccines are proving more effective than even the most optimistic expectations suggested.

In the fight against Covid, the words ‘game changer’ have been deployed too often, particularly by our Government which has made a habit of overpromising and underdelivering, as shown by the controversies over the testing regime and the supply of protective gear. But the term can certainly be used about the heroic recent development of vaccines.

In a remarkably short period of time, researchers are building a formidable pharmaceutical arsenal against the virus.

Earlier this month, the American giant Pfizer and German company BioNTech made the historic announcement that their pioneering vaccine had achieved a 95 per cent success rate in preliminary trials.

That breakthrough was soon followed by the US firm Moderna, which revealed last week that early tests of its new vaccine also indicate that it is effective in 95 per cent of cases. Both are now in production ready for swift distribution, subject to approval by the regulatory authorities. 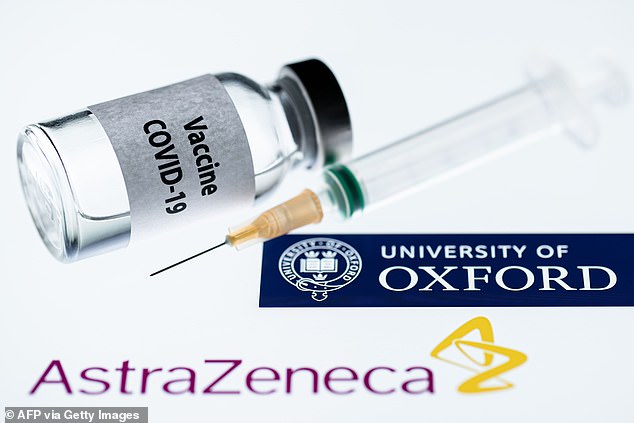 Two US pharmaceutical giants have announced positive results in coronavirus vaccine trials, along with the UK’s AstraZeneca in partnership with Oxford University

Now, closer to home, comes the uplifting news that the vaccine made by the British partnership of Oxford University and AstraZeneca looks certain to provide a vast additional store of anti-Covid ammunition.

The Prime Minister was right yesterday to hail the ‘incredibly exciting news’. Already, there are four million doses ready to go once approval is given, while the Government has pre-ordered 100 million jabs.

The Oxford vaccine may not be quite as effective as the Pfizer and Moderna ones, but it has two great advantages over them.

First, it is far cheaper to produce, with each jab costing about £3, compared with £15 for Pfizer’s and £25 for Moderna’s. Second, it will be far easier to store and distribute, because it can be kept at the temperature of a normal fridge, whereas the Pfizer vaccine must be kept at -70C (-94F). 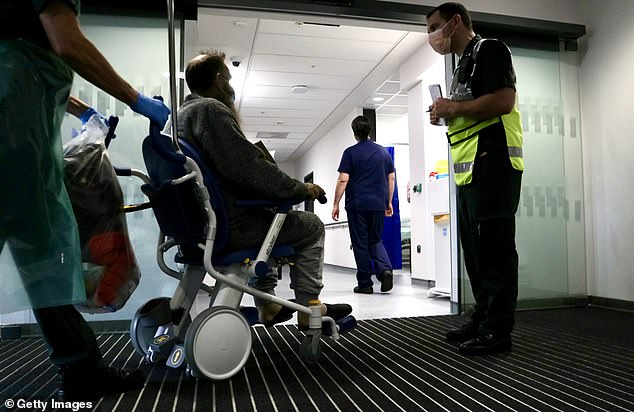 The news of the vaccines, along with a decline in new cases and hospital admissions in the UK is a light at the end of the tunnel, Professor Sikora says. Pictured: A man is taken to Grange University Hospital in Wales [File photo]

That difference would be welcome enough for Britain’s roll-out programme, but it will be an even more crucial factor in the developing world, where refrigeration and transport facilities are limited.

There is no doubt that after the long, painful months of contagion and lockdown, our prospects are suddenly looking much more optimistic. The Covid cycle can be broken and the disease almost eradicated. These powerful vaccines will not only protect people but will also halt the transmission of the virus worldwide once the full immunisation programmes are under way. Already AstraZeneca has pledged to make three billion doses next year.

One thing I remain vehemently opposed to is any form of mandatory vaccinations, or making it impossible for life to function without one. 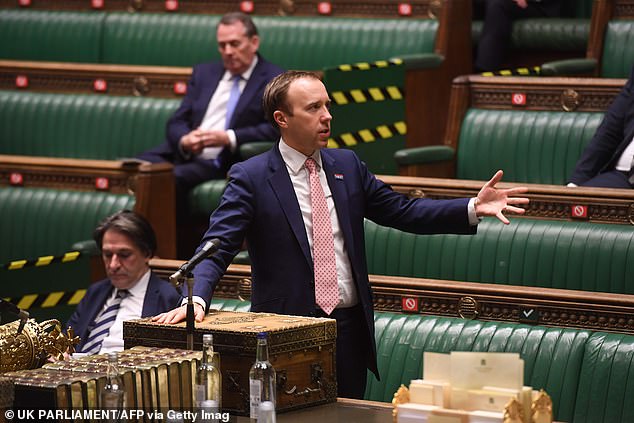 It has to be a choice and looking at the polling, there should be no issues in getting the numbers required. Forcing people to take the vaccine would be morally unthinkable and cause huge resentment which would only force more problems than it solved.

The whole Covid landscape has been transformed. According to the Office of National Statistics, the incidence of coronavirus infections appears to ‘have levelled off’ in recent weeks.

Similarly, the number of hospital admissions for Covid has fallen significantly, easing the pressures on the NHS. That is particularly welcome because it means that the health service can resume its proper responsibility, by providing treatment for all patients.

The energies of the state should now be concentrated on the roll-out of the immunisation programme, not on the implementation of ever more exquisitely complex bureaucratic restrictions.

Yesterday, Boris Johnson announced that the second lockdown – whose value has never been proved, because the previous tier system was working as intended – would end on December 2, but would be replaced by a tough new system.

There are issues with it, but this is far, far better than a nationwide lockdown. The curfew pushed back, the self-isolation system reformed, a return of fans to sports grounds and more. Sense has prevailed on some issues, but the continued assault on our hospitality sector is unjustified.

With further tweaks, the tier system can carry us through until the vaccines can protect the vulnerable, while allowing some semblance of normality until then.

But the absolute priority for the Government should be to ensure that we now have a world-beating vaccine production and distribution system to match the British people’s desire to return to the ‘old normal’. And that is now within touching distance.

Professor Sikora is a consultant oncologist and Professor of Medicine at the University of Buckingham Medical School.

Callum Skinner: How the Scot’s obsessive pursuit of greatness almost broke him