Could YOUR childhood collectables be worth a fortune? Experts reveal profitable 90s collectibles

If you’re using lockdown to do a much-needed clearout, you might want to keep an eye out for some forgotten toys and collectables from the ’90s because they could net you a fortune.

Research from Self Financial has revealed the most profitable retro items to sell online, using eBay ‘sold’ data and analysing hundreds of the best selling items since the Covid pandemic began.

International buyers are willing to pay a high price for rare toys such as Beanie Babies with certain models worth more than £9,234, while basketball cards featuring the late Kobe Bryant in mint condition may fetch as much as £48,270.

Lauren Bringle Jackson, an accredited financial counselor at Self Financial, said of the findings: ‘If you’re looking to get back on track financially, you don’t have to cut back on expenses to do it.

‘While saving money sounds daunting sometimes, it can be as simple as selling things from around your home you never use to create new income streams.

‘After all, there are two basic ways to save money; you can either cut back what you spend or increase what you bring in.’ 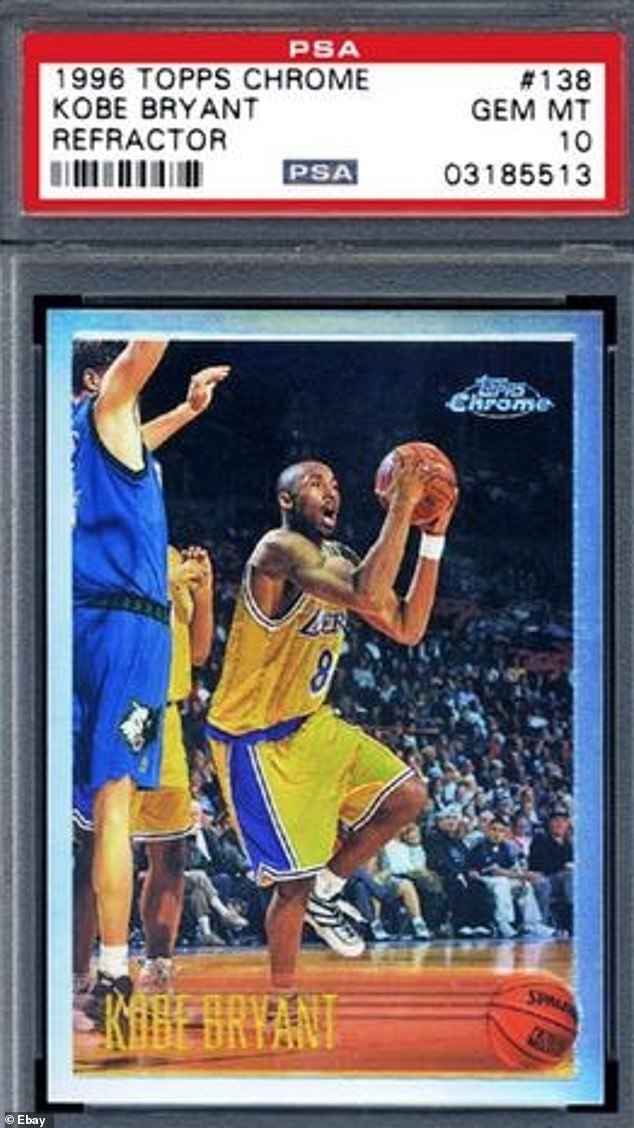 Pictured, the Topps Chrome Refractor Kobe Bryant Rookie Card #138 which sells for as much as £48,000 if in mint condition 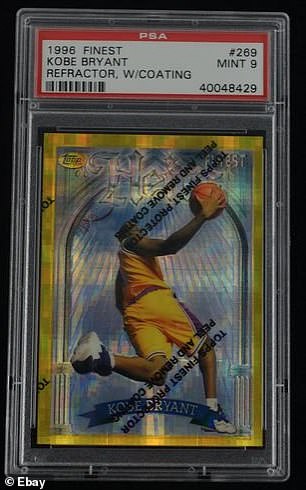 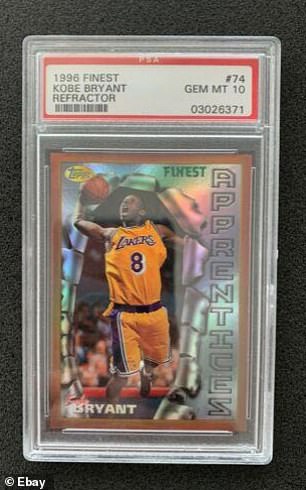 Since Bryant’s tragic death in January last year, the value of the basketball player’s Topps Trading cards have risen in value, with a price increase of as much as 1,311,900 per cent.

The following year’s Kobe Bryant Finest refractor #74 card could earn you as much as £36,772 in mint condition.

The third most valuable was another of the basketball player’s cards, once again fetching £36,772 in good condition despite being worth just £3.68 when it was released in 1997. 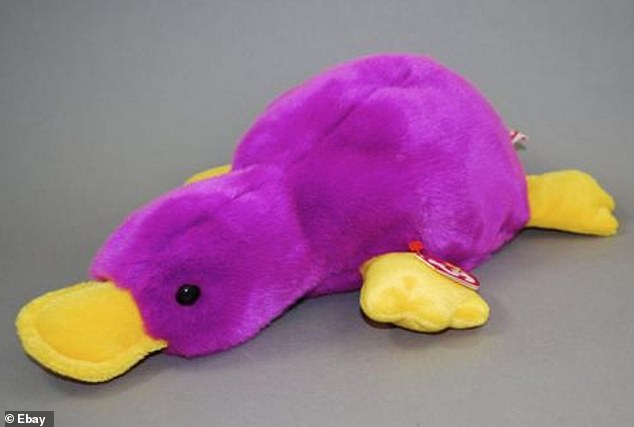 The rare Beanie Babies Patti the Platypus was released in 1993 and could fetch up to £9,215 if in mint condition

Certain versions of the popular ’90s Beanie Babies toys have held on to their value, and could fetch you a four-figure sum if in decent condition.

The rare Beanie Babies Patti the Platypus was released in 1993 in four different colours, with the original magenta edition the most valuable.

The toy was first sold for around £3.68 but can now fetch up to £9,215 if in mint condition with its tag still attached.

Like most vintage toys, Beanie Babies will be worth more in better condition, but could still sell for as much as £3,022 if the toy has been used and is not in its original condition. 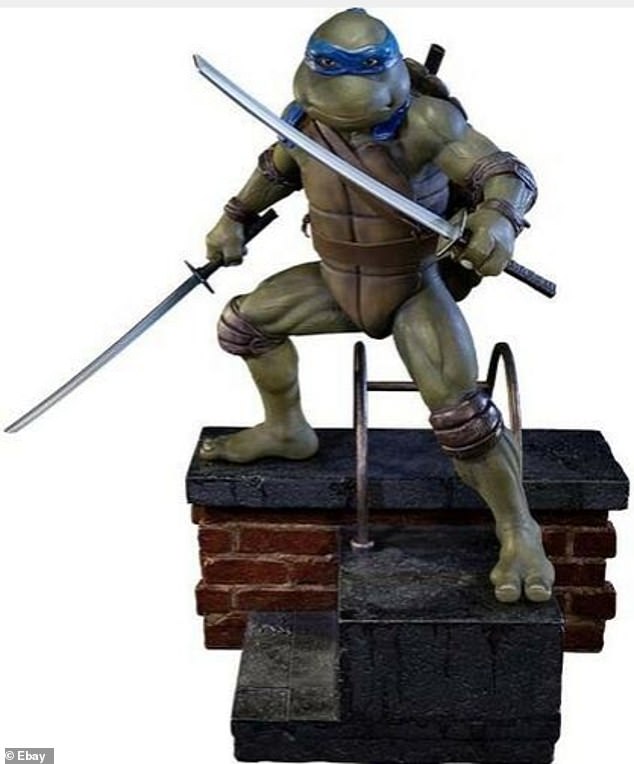 A Leonardo Teenage Mutant Ninja Turtle figurine from 1990 can now sell for as much as £530 despite being worth just £4.42 on its original release

The characters first appeared in an American comic book published by Mirage Studios in 1984 but gained huge popularity in the 90s with the popular Teenage Mutant Ninja Turtles TV series, and the subsequent action figure line.

The leader of the group Leonardo is the character you should look out for from the group, with its figurine selling for by the far the most of the group.

A Leonardo figurine from 1990 can now sell for as much as £530 despite being worth just £4.42 on its original release. 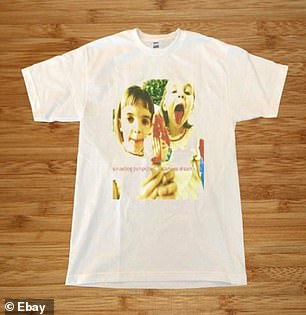 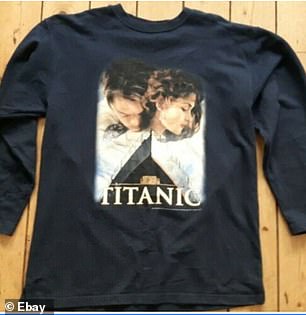 Fashionable clothes which are selling for a mint include a 1990 tour t-shirt from the Smashing Pumpkins, an American alternative rock band from Chicago.

Shirts dedicated to the band, formed in 1988 by frontman Billy Corgan originally sold around £9 but are now worth £730 if in mint condition.

However a worn version of one of the grunge shirts will still earn you a decent amount, with sales up to £614.

Classic movie memorabilia also proved popular with original t-shirts from the 1998 Titanic film are selling for £123.55, even without tags. 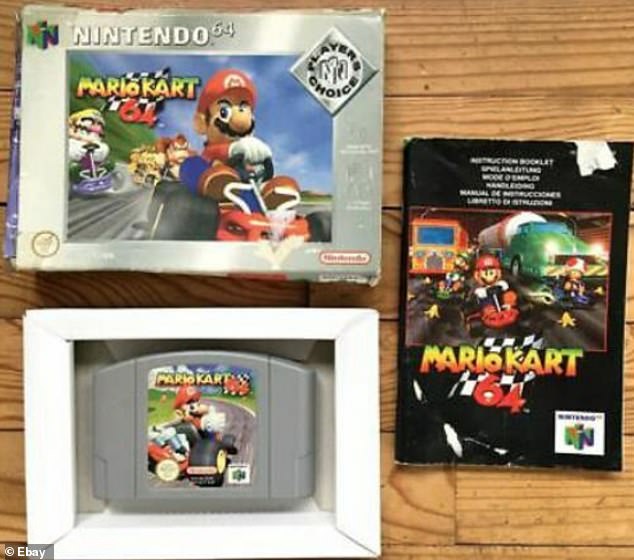 Vintage games also proved a hit, with the Mario Kart 64 Players Choice VGA 95 Gold, which was released in 1996, selling for a mint.

The Player’s Choice marketing label was introduced in 1996 on select Nintendo games with a price point lower than their typical game that sold over one million copies at the time.

The game is a version of the classic kart racing video game developed and published by Nintendo in 1992, which sees the player takes control of one of eight Mario series characters.

Despite its original low price tag, the game can now sell for £2,213 in mint condition – however will only earn you $46.48 if you’ve played the game already. 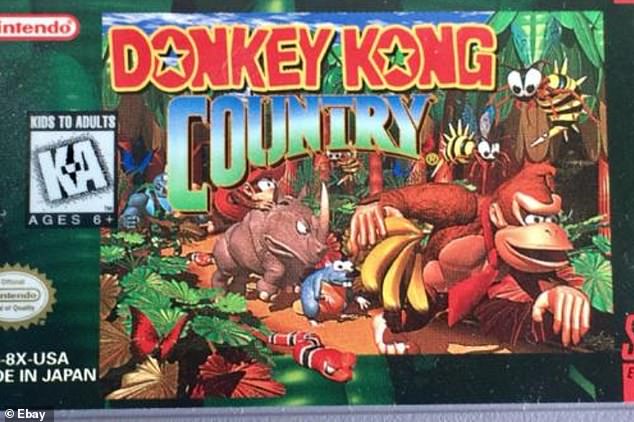 Donkey Kong Country for the SNES is one of the most popular games sold this year on eBay, averaging £424 without the box

Donkey Kong Country is a 1994 platform game developed by Rare and published by Nintendo for the Super Nintendo Entertainment System (SNES).

The game is a reboot of Nintendo’s Donkey Kong franchise and follows the well-loved character Donkey Kong and his nephew Diddy Kong.

Donkey Kong Country for the SNES is one of the most popular games sold this year on eBay, averaging £424 without the box, and £2,666 in mint condition 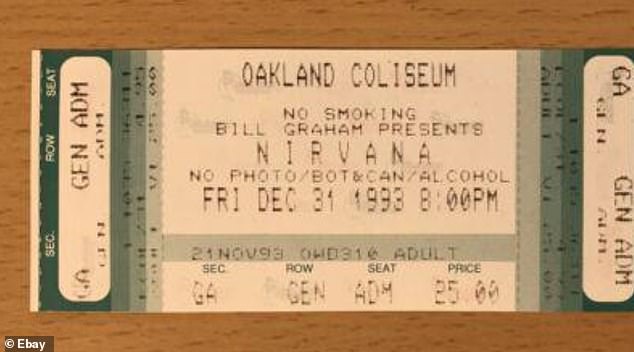 Grunge fans are willing to pay a pretty penny to get their hands on a ticket stub from one of Kurt Cobain’s final concerts.

Nirvana’s last concert ever took place on March 1, 1994 in Munich, Germany before the frontman tragically took his own life weeks later.

Tickets from a gig in December 1993 in Oakland with Cobain and drummer Dave Grohl could earn up to £243 if in good condition. 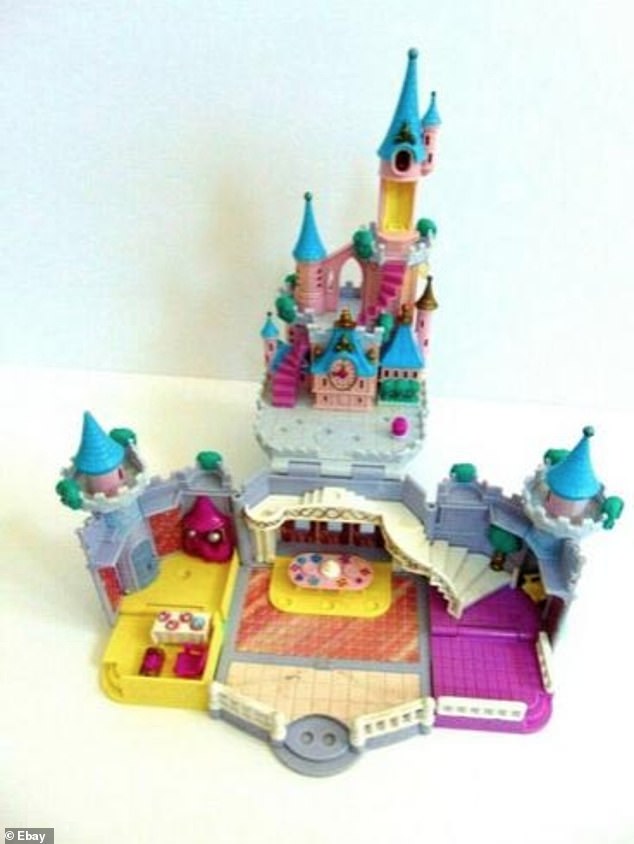 Polly Pockets is a toy line of dolls and accessories from Mattel first appeared in stores in 1989, becoming a huge hit with children and collectors in the 1990s.

The Polly Pocket Disney Cinderella Enchanted Castle Set features a button which lights up the entire tower, a lever on footstool to reveal glass slipper and spin turn on the court yard for the dolls to dance.

Released originally in 1995, the set cost just £15 and can be worth as much as £66 now if in mint condition

However the set is so popular that even in a used condition it can earn as much as £61, with an overall price change of 350 per cent. 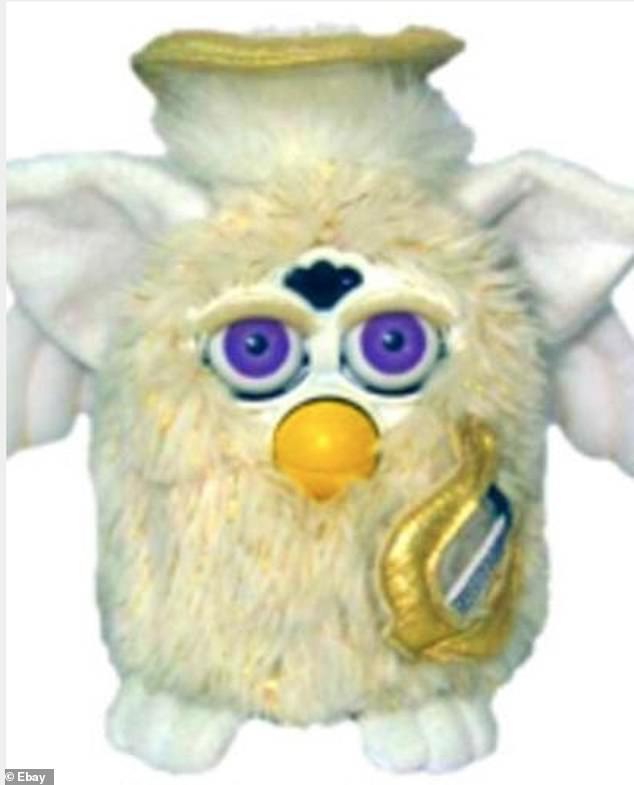 The Angel Furby has white body fur and can sell for around £110 if it’s in perfect condition, or £36 used

Certain limited edition Furbies can fetch a decent amount online depending on their condition.

The American electronic robotic toy was originally released in 1998 and the Rare Angel Furby released to celebrate upcoming Christmas of 2000 is well sought after among collectors with little more than 10,000 of the toys made.

The Angel Furby has white body fur with tinsel, a white hair tuft and tail and wears a golden halo and holds a golden harp. Two white angel wings sprout from its back. 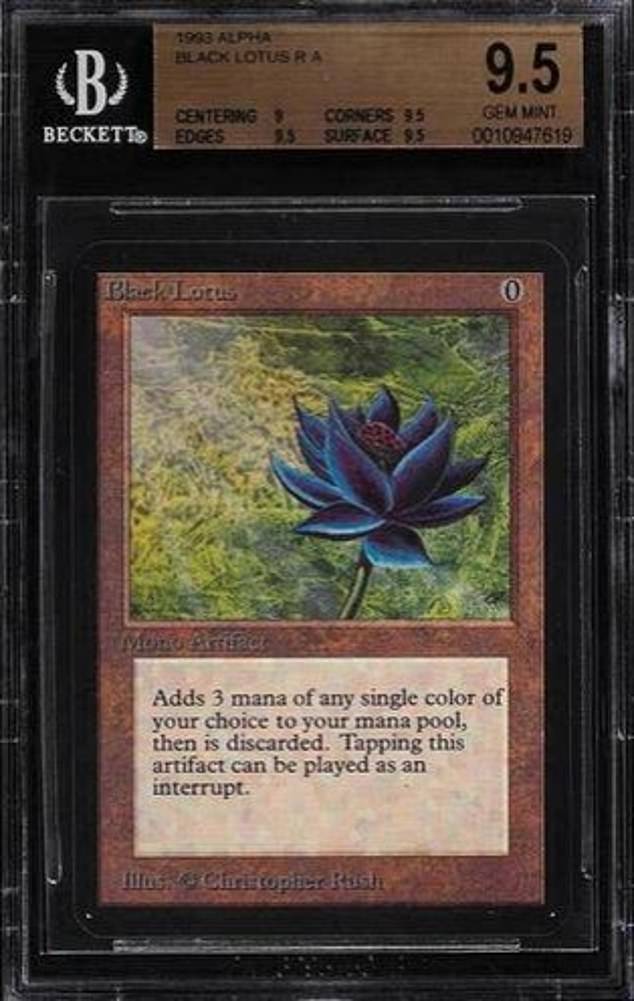 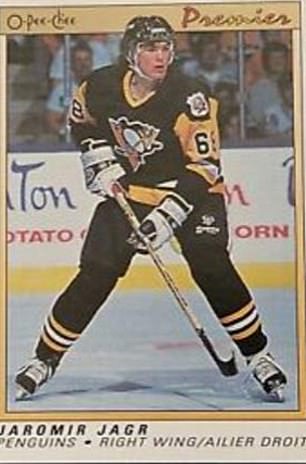 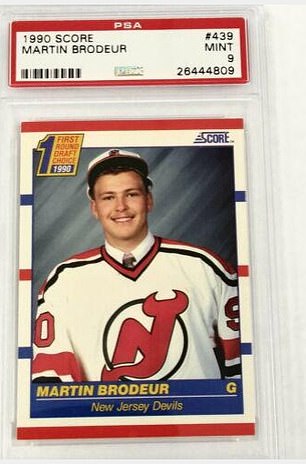 The rare Black Lotus card is the most sought after of the Magic: The Gathering Magic gaming series and is used to power spells and summon creatures in the original collectible card game.

Ice hockey cards also proved popular with Jaromir Jagr and Martin Brodeur pieces selling for as much as $905 (£666) and $418 (£308), respectively when in mint condition. 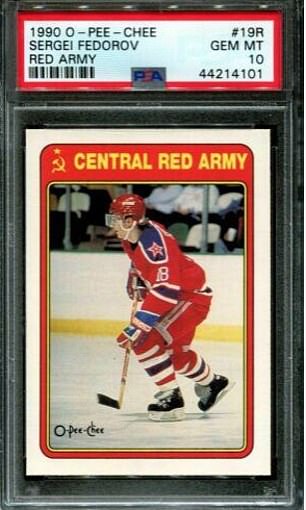 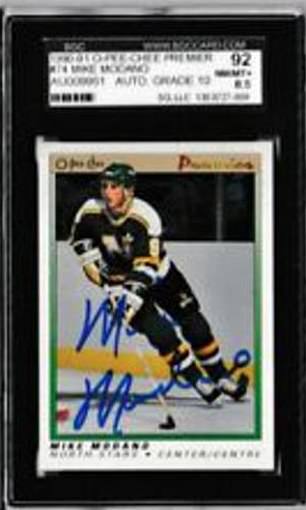 Quiz: How many of the top scorers in the FA Cup do you know?

What are travelers afraid of in 2021? And what should they really be worried about?

Intelligence officer: Trump is preparing a coup action within days

Germany’s leading data protection regulator for Facebook has banned the social network from using data from...