Father-of-three who has been with his wife for 67 years left viewers in tears last night after revealing his heartache over losing his partner on a Channel 4 show.

Fred Powell, 85, from London, appeared in Council House Britain last night as Southwark council emergency officer Angela installed a personal alarm for his wife Betty, 85, after she suffered four falls at their home.

While the couple initially joked that they need the alarm because Betty was ‘a bit heavy for Fred to lift’, it was later revealed just one-month after filming, the 85-year-old passed away in December 2019.

Appearing on camera after his wife’s death, Fred said: ‘I still love her even though she’s not here. I put out her funeral cards, you are my first love and my only love always, until we meet again.’

Many of those watching were left in tears over the emotional scenes, with one commenting: ‘Awww no poor Betty. My first love, my only love, my ever lasting love. Fred, you have me in tears.’ 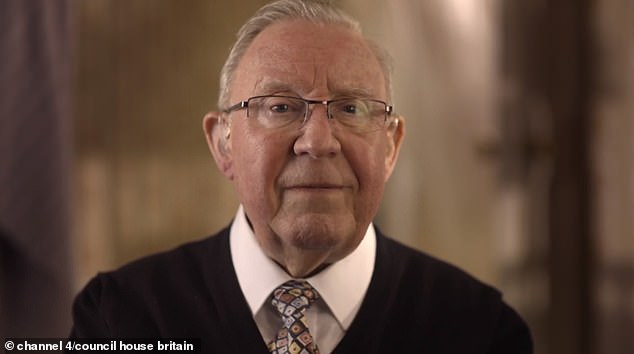 Fred Powell, 85, from London, revealed his heartache over losing his partner Betty, 85, on the Channel 4 show Council House Britain

One added: ‘Sad that he’s left alone now Betty has gone but they sure had a long innings together.’

The council have an extra responsibility for the elderly and vulnerable with Angela acting as one of the 15 emergency officers who work in the area.

She installed an alarm for 85-year-old Betty who was being cared for by her husband Fred, who first met in 1952.

Fred explained: ‘I met her in 1952, we were both 17. We used to have Sunday morning service and we were in there one Sunday and these two young girls came trotting in at about 10 past 11.

While the couple initially joked that they need the alarm because Betty was ‘a bit heavy for Fred to lift’, it was revealed later in the show that just one-month after filming, the 85-year-old passed away

‘We all stopped and we all felt like “who are they?” Never seen them before. I fancied her. I loved her hair, her auburn hair was lovely. her face was lovely.’

He continued: ‘She didn’t tell me she was older than me til quite a while later, six months older. She called me her toy boy then.’

The couple went on to marry and welcomed three children, two boys and a girl, Colin, Barry and Janice.

But after a number of falls, Angela gave the couple the device, which could be pressed to summon emergency assistance if Betty fell again. 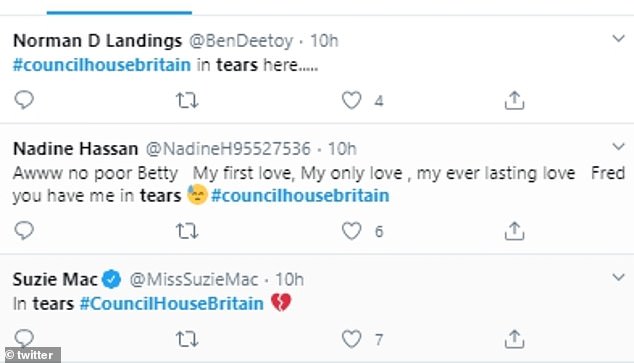 Many of those watching at home said they were left heartbroken by the programme, with some viewers confessing they were in tears

Angela said: ‘You know why you’re having the alarm don’t you love? It’s so if you fall over, you can press it and speak to someone through the microphone and they can get help for you.’

Fred joked: ‘She’s a bit heavy for me…there’s nothing of her.’

Fred said the alarm offers him ‘peace of mind’ before Angela leaves the pensioners in their home, exclaiming: ‘Weren’t they just a beautiful couple? They’re so in love, still.’

But tragically, just one month later, the cameras returned to find Fred alone in his flat. 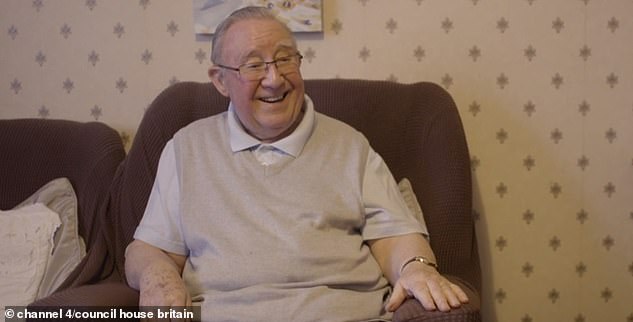 During the show, Fred joked about caring for his wife in her old age, telling the emergency worker that Betty is ‘a bit heavy’ for him to lift

He explained that in mid-December, Betty suffered a fall at home and he struggled to help her up.

He said: ‘She was going up the passage and she suddenly said, “Oh my legs are going.”

‘She went down on her knees and I couldn’t get her up.’

He recalled: ‘I said, “Well you better press the alarm and St John’s Ambulance came up and said her body temperature was down and her breathing wasn’t good. They said they’d take her into hospital. 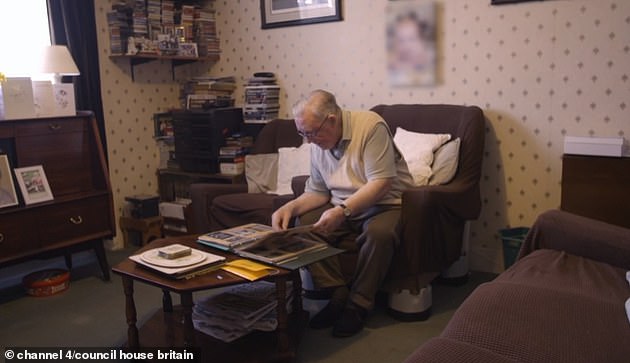 Tragically, just one month after the device was fitted in the couple’s home, the cameras returned to find Fred alone in his flat

He explained he was joined by their family overnight, saying: ‘We were there all the Saturday night. We was with her, talking to her. That was the last time.

‘We left her in the morning. And then a little while later, Janice phoned up and said “Mum is gone”.’

‘Oh god no, I’ve lost her. She’s not coming home anymore. That was hard, that was hard.’

Later in the programme, the devastated widower recalled the moment he was told of his wife’s death, and said it was ‘hard’

He told the camera he was still adjusting to life without his wife, saying: ‘For breakfast in the morning, she used to get a banana and I used to get the other half of it. Now I eat it all.’

‘I say, I’m eating your half of the banana, is that alright?’

Many of those watching at home were in bits after watching the emotional scenes, with one commenting: ‘God bless Fred, what a gentleman! I hope he’s got family to support him.

Another simply wrote: ‘In tears’, while one shared a crying emoji, adding: ‘Oh Betty,’