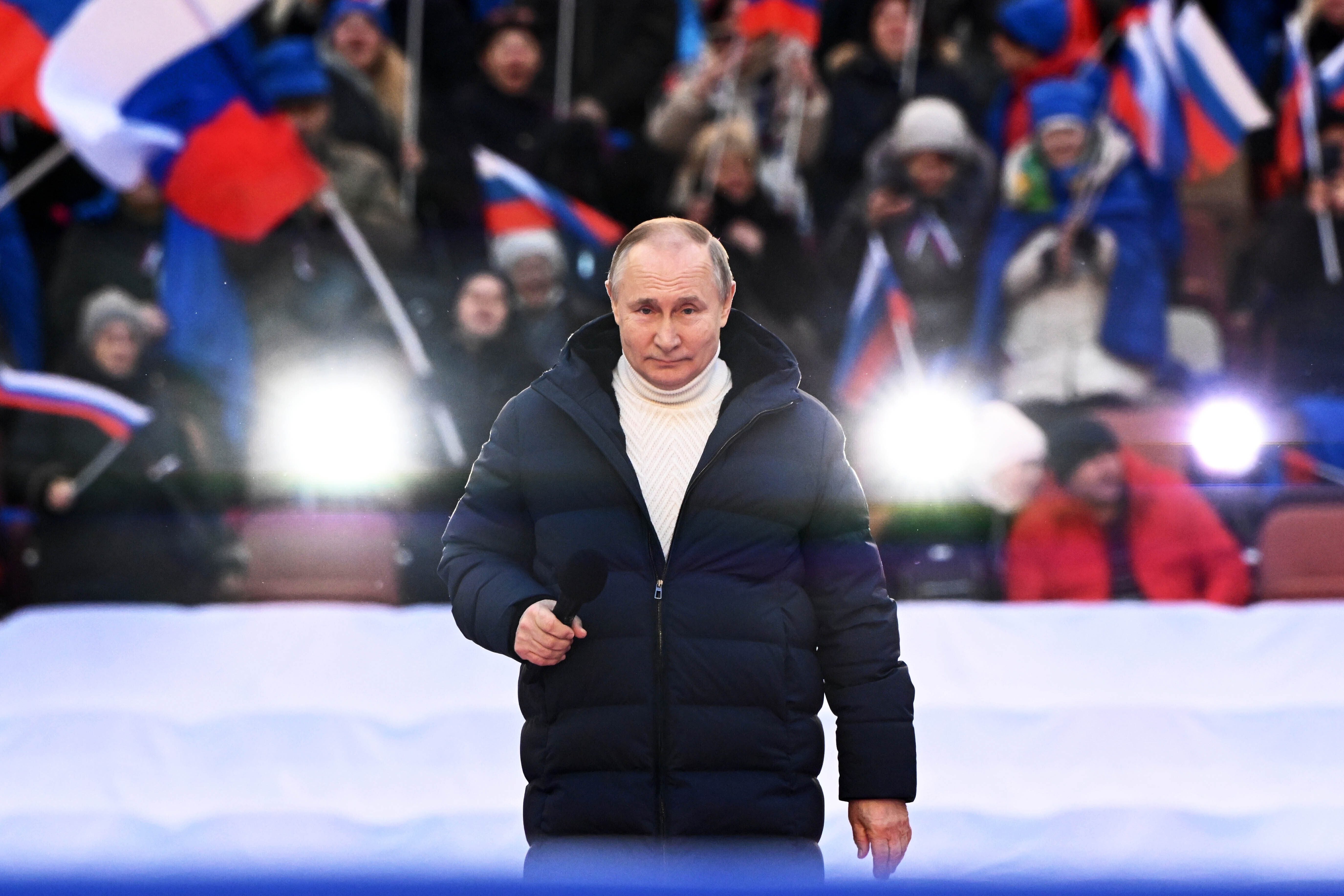 There’s pretty much just one thing the pair have in common: They both defeated EU sanctions in court. But they were far from alone in having done so.

For years, the EU had a spotty track record when it came to enforcing and defending the financial penalties it slapped on world leaders, business executives and companies for all sorts of malfeasance. From 2008 to 2015, for instance, the EU lost about two-thirds of the legal challenges to its sanctions, according to a study requested by the European Parliament.

The reasons are manifold. In 2008, EU judges ruled they have jurisdiction over sanctions, meaning people could now more easily challenge them in court. That put the penalties in a different category to U.S. sanctions, which are more legally-protected under a national security clause. And while the EU designs and approves its sanctions, it’s up to national courts and governments to actually implement them — no sure bet.

“The U.S. has much more flexibility because the U.S doesn’t have the sort of scrutiny of judicial scrutiny,” said Dr. Clara Portela, a sanctions expert at the law school of the University of Valencia, in Spain, and author of the study for the European Parliament.

While those who study the issue say the EU has fared much better in recent years — its case record seems to have improved in 2015, 2016 and beyond, according to several sources — the broader trend could still augur challenges ahead as Western allies try to starve Moscow of the money and support it needs to continue its war in Ukraine. The EU, in coordination with the U.S. and U.K., has imposed unprecedented sanctions intended to sever much of the Russian economy from the Continent and exile many of Russia’s leading industrialists from European financial systems.

Of course, that only works if the sanctions hold up.

There are some reasons to expect they can. EU officials have learned from the court losses and are crafting sanctions differently in response. Also, officials are optimistic that the current Russian violations of international law are so self-evident that the sanctions will survive legal scrutiny. Additionally, there’s considerable public pressure at the moment on individual governments to actually enforce the penalties.

“The largest part of them will withstand judicial scrutiny,” predicted Hannah Neumann, a German European Parliament member with the Greens who closely follows the EU’s work on sanctions. “The bigger problem I see at the moment is how we really implement the sanctions in the member states.”

A decade of court battles

Before Russia’s invasion on February 24, EU officials regularly used fear of losing in court as a reason to dismiss pleas from activists and Russian opposition figures to sanction the oligarchs around Vladimir Putin.

The few available figures show what lay behind those fears.

The 2008 ruling by the European Court of Justice that it had jurisdiction over EU sanctions was followed by years of difficulty in enforcing those sanctions.

Not only did the EU lose a considerable number of sanctions cases in court over the next decade, the courts also became increasingly inundated with these challenges. By 2017, sanctions cases had become the court’s second-most common subject, displacing competition cases, according to the study provided to the European Parliament.

However, things began to change around 2015, argue officials who have been working on the EU’s recent batch of sanctions.

The numbers back up that assertion.

In 2016, Paul Williams, the head of multilateral policy at the British Foreign Office, offered some specifics during a U.K. parliamentary hearing.

The prior year, Williams said, the EU had won twice as many sanctions cases as it had lost — 30 versus 15. It was, he noted, quite the change from “a couple of years ago,” when the EU “was losing significantly more cases than it won.”

The trend continued in 2016, according to a European Parliament study.

Essentially, EU staffers were learning how to design sanctions to better withstand legal scrutiny. Before 2008, sanctions were mainly built using evidence from intelligence agencies — including those in the U.S. — that couldn’t be disclosed in court without exposing secret sources.

Now, EU officials try to craft sanctions with open-sourced information that can be used in court.

“Over time, they learned how to improve the evidence packages that they put together,” said Portela, the sanctions expert at the University of Valencia.

This change has helped reverse the EU’s legal fortunes. One EU diplomat said the bloc’s court record looks much more promising if one adds in recent years.

The Council of the EU, which is the body that adopts the sanctions and represents the EU in court, did not respond to requests to confirm or deny the figures.

Take the money and run

Still, there are areas where the EU has continued to stumble.

Attempts to freeze assets after imposing sanctions — a common penalty the EU has used to punish people in Tunisia, Egypt and Ukraine for malfeasance — is one area that stands out.

Portela said the subject has “proved extremely problematic” for the EU.

Often, after the EU imposed these sanctions, local officials would send requests to seize assets, but they wouldn’t provide evidence with their request that the assets had been misused.

More broadly, when EU-sanctioned despots or officials are pushed out of power and their assets are frozen, their government replacements have often failed to provide a legal basis to the EU to sustain the sanctions, said Portela.

It can even be hard to actually identify someone’s assets, a point Neumann, the Green German MEP, made. She highlighted a recent example of a yacht in Germany. Everyone knows a Russian oligarch owns it — but not formally on paper.

These problems were acutely present in earlier EU attempts to help combat corruption in Ukraine. The bloc targeted a batch of high-profile Ukrainian figures facing criminal proceedings over the misuse of public funds. In 28 of 32 court cases related to these sanctions, the EU court ended up annulling the sanctions, according to a 2020 paper from the College of Europe in Bruges.

That included Yanukovych, the ousted, pro-Russian Ukrainian president, and his son. The EU hit them with asset freezes over their alleged embezzlement of Ukrainian state funds, but the penalties were eventually lifted.

In its ruling, the court said the EU had “failed to demonstrate that the rights” of Yanukovych and his son “were respected in the criminal proceedings.”

Still, an EU spokesman said, Yanukovych and his son “remain subject to EU restrictive measures based on legal acts adopted in 2021.”

The asset freeze issue doesn’t extend to every situation. The 2020 College of Europe paper found only one instance of similar sanctions against Russia being annulled.

Even if EU sanctions stand up in court, recent cases have exposed ongoing struggles to implement them.

In 2020, Spanish media reported that the country’s transport minister had secretly met in Spain with a senior Venezuelan official barred from entering the EU — a potential sanctions breach. Yet the European Parliament admitted that there wasn’t much the EU could do. It was up to Spain to make the call.

The European Commission “has stated that it is up to the Spanish Government to decide whether Mr Ábalos breached the sanctions regime,” a Spanish MEP complained in a written question.

The same enforcement framework will apply to the recent sanctions targeting Russia, which cover a number of oligarchs with extensive financial dealings across the Continent, as well as numerous senior Russian officials.

While cases like the one in Spain may fall under exceptions implied in the sanctions — allowing a blacklisted person into Europe for negotiations, for instance — the EU may have more power in other situations.

According to legal experts, these powers apply to sanctions that clearly affect the EU’s single market — the harmonized regulations and abolished trade barriers that allow goods and services to easily move across the Continent. In these cases, the European Commission, the EU’s executive branch, can choose to take countries to court under the so-called “infringement procedure” and try to force local officials to enforce the bloc’s sanctions.

However, the Commission has never taken that step, a Commission official confirmed.

Often, that is simply because it is deferring to national prosecutors, which have the initial responsibility for targeting sanctions scofflaws. But sometimes, one diplomat argued, there’s a risk the Commission is standing back because “there is the need to avoid exposing divisions.”

Indeed, European unity has been paramount for officials since Russia sent its troops streaming into Ukraine.

Over four rounds of sanctions packages, EU members have moved with alacrity as the typical disagreements eroded in a matter of days. That unity, however, is starting to show its limits as the EU considers its next round of sanctions.

These fissures are revealing themselves as officials debate a basic question: Even if these sanctions survive legal battles and are effectively enforced, will they actually halt Russia’s war?

According to historian Nicholas Mulder, sanctions have only impeded war in three out of 19 cases during the 20th century.

He compared the current wave of sanctions on Russia to the measures the League of Nations imposed in 1935 on Mussolini’s Italy, then the world’s seventh-largest economy, when it invaded Ethiopia.

“These measures failed to hobble the invader and save the defenders,” he wrote.