A stunning Coventry performance saw league leaders Reading slip to their first game of the season in a 3-2 defeat.

But Matty Godden’s poacher’s finish and Sam McCallum’s long-range strike secured the Sky Blues a much-needed three points – a late George Pukas goal was not enough to salvage anything for the previously undefeated Royals. 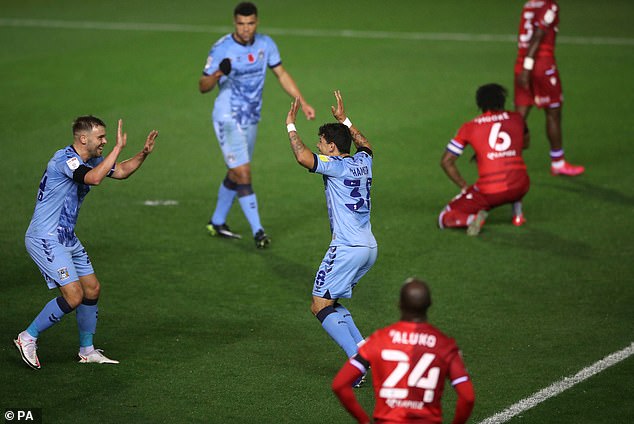 It was the home side who unexpectedly opened the scoring on 23 minutes through midfielder Hamer.

The goal came when the eventual goal scorer picked up a Max Biamou knock down in the middle of the pitch. Hamer picked out a marauding Ryan Giles who fed a ball into Godden on the edge of the box. The striker laid the ball off for Hamer, who beautifully side-footed his shot past Rafael Carbal and into the bottom corner from 20 yards out.

Being behind was unfamiliar territory for Reading, and they struggled to gain a foothold in the first half, and it was the home side who attacked with the greater intent. 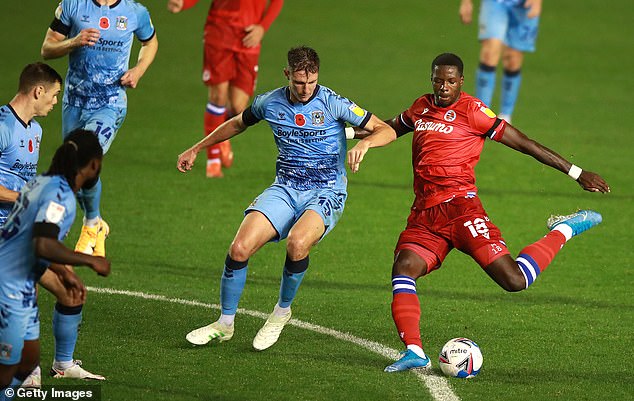 The Royals first real threat since going down midway through the first half didn’t come until the 59th minute. Tomas Esteves’ whipped free-kick looked dangerous, and though Joao rose above all contenders, his flicked header went wide of the post.

Joao’s persistence eventually paid off when he got Reading level on 66 minutes. The forward was fed the ball by Josh Laurent and used his strength to drift in from the right-hand side. His drilled left-footed shot from just outside the box was low and hard enough to beat Marko Marosi and go into the bottom corner for his sixth league goal this season.

Coventry showed their fighting spirit to retake the lead 10 minutes later on 76 minutes through Godden. The goal came from a training ground set-piece after a corner was drilled to Fankaty Dabo on the edge of the box. 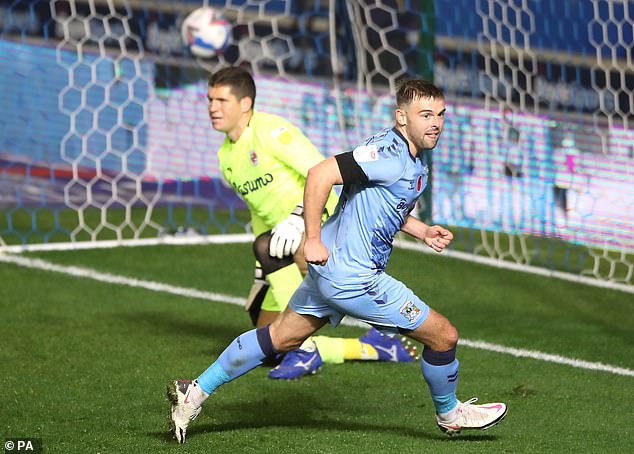 The quick corner caught Reading unawares, giving Dabo plenty of space to shoot left footed at Carbal who got well down to save. But Godden’s finely tuned striker’s instincts meant he was the first to react and he put the ball away to put Coventry ahead.

The match was then put beyond Reading’s reach by a stunning goal from substitute McCallum. The Norwich loanee was fed the ball from a deep free-kick which Reading had expected to be lumped into the box. He advanced from the right, cutting into his favoured left foot before firing a vicious effort from 35 yards beyond Carbal.

George Puscas made it 3-2 in stoppage time, his calm finish from a deep cross on 90 minutes setting up a nervy finish for Coventry.