The COVID-19 pandemic caused life expectancy in the U.S. to decrease by nearly two years, a new study suggests.

In 2018, life expectancy – or the average number of years a person lives – for the general American population was 78.7 years.

However, using provisional data and estimates, researchers found this figure fell to 76.8 years in 2020.

What’s more, drops in life expectancy among black and Hispanic Americans were twice as large as the declines seen among white Americans.

Some of the decline can be attributed to common causes of deaths such as cancer, heart disease, stroke, diabetes and lung disease, as well as drug overdoses.

But the findings from Virginia Commonwealth University show that the toll of the pandemic cannot be understated with more than 347,000 dying due to COVID-19 last year in addition to indirect pandemic deaths. 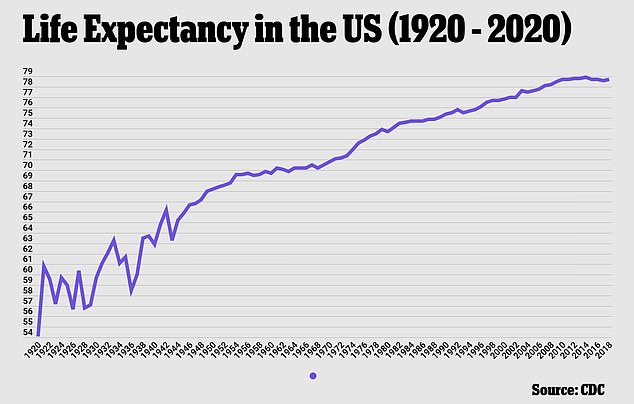 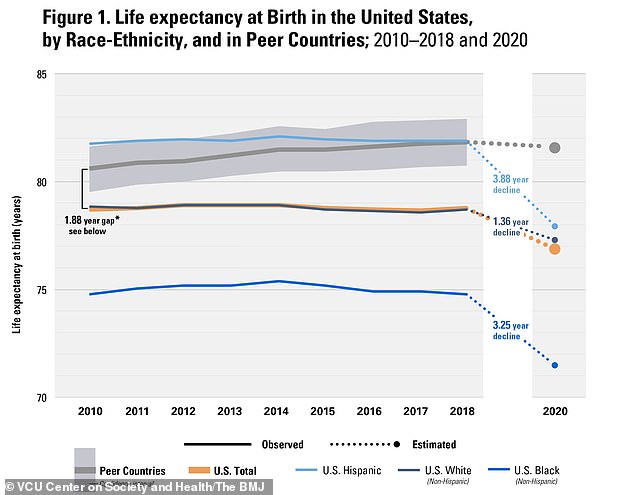 Life expectancy decreased by 3.25 years for black Americans and 3.88 years for Hispanic Americans compared to 1.36 years for whites

‘When the pandemic came, my naïve assumption was that…it was a global pandemic, and I assumed that every country would take a hit,’ said lead author Dr Steven Woolf, director emeritus of VCU’s Center on Society and Health.

For the study, published in The BMJ, the team used official life tables from the Centers for Disease Control and Prevention’s National Center for Health Statistics to calculate life expectancy. 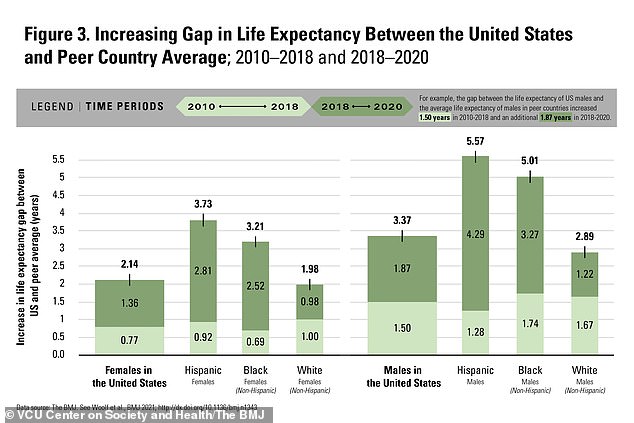 The drop in life expectancy was eight times greater in the U.S. because while it decreased in by 1.87 years, the average decrease in other countries was 0.22 years

‘To give some perspective, when the decline in life expectancy was happening a few years ago, it was a decrease of about 0.1 years each year that was making front-page news,’ said Woolf.

‘That’s the kind of increase or decrease that we’re accustomed to each year.’

He called the 1.87-year decline ‘massive’ by comparison and ‘like nothing we’ve seen’ in nearly 100 years.

When it came to looking at the declines in life expectancy by race and ethnicity, there were large disparities. 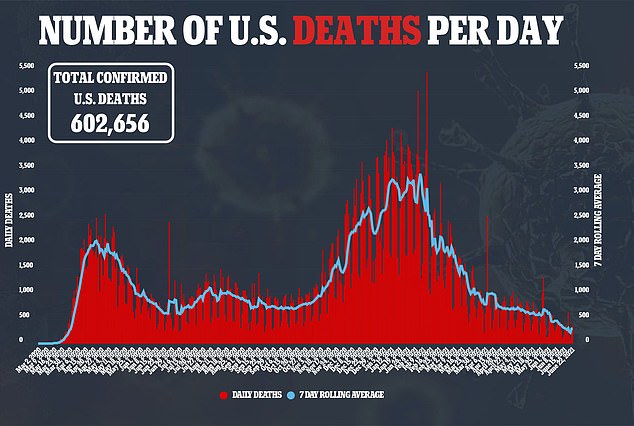 The findings show the toll of the pandemic cannot be understated with more than 602,000 COVID-related deaths in total, 347,000 of which occurred last year 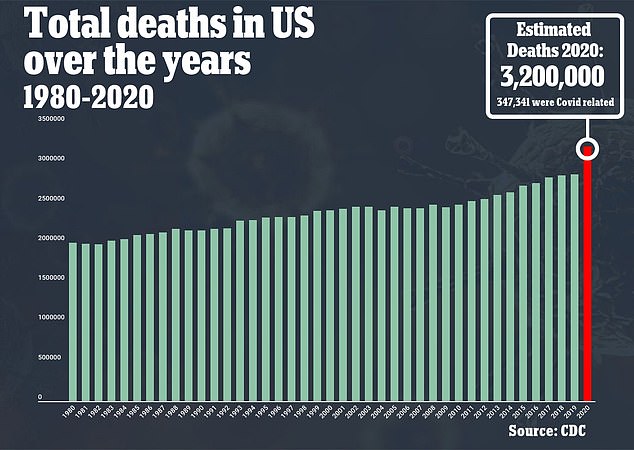 Preliminary CDC figures suggest 2020 will be the deadliest year in U.S. history with more than 3.2 million deaths (above)

‘It’s a big setback because, for many years, the U.S. had been making progress in closing the black-white mortality gap,’ Woolf said.

‘And Hispanic Americans, for many years, enjoyed higher life expectancies than whites, but that advantage was almost completely erased by COVID-19.’

The team also looked at U.S. life expectancy compared to 16 other high-income countries including Finland, Norway and New Zealand.

Results showed that the drop in life expectancy was eight times greater in the U.S. because while it decreased in the U.S. by 1.87 years, the average decrease in other countries was 0.22 years.

‘In many ways, the U.S. has turned a corner in its response to COVID-19, but the data emerging on pandemic health disparities is urgent and valuable in helping understand the impact on our communities,’ said Dr Peter Buckley, dean of the VCU School of Medicine.

‘The life expectancy gaps between America and other countries and between racial groups reported in Dr Woolf’s paper are worrisome, and I hope the numbers serve as a wake-up call for the health care community and beyond.’

The report comes after preliminary CDC figures suggested 2020 will be the deadliest year in U.S. history.

What’s more, the early data show April 2020 was the deadliest month with more than 322,000 deaths, nearly 10 percent of all deaths for that year. 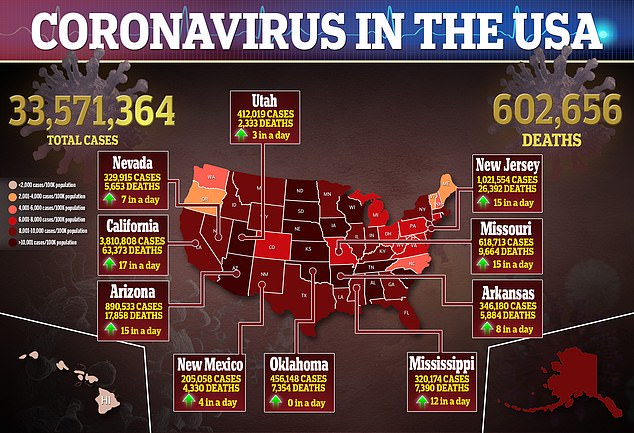