More than 20,000 lives could have been saved if England was plunged into its first lockdown seven days earlier, a study has found.

Experts at Imperial College London came up with the estimate by modelling the spread of coronavirus during the first wave from March to July, when 36,700 people succumbed to the disease.

They then adjusted it to predict how many deaths would have occurred if society had been forced to bolt its doors and Britons ordered home a week earlier.

‘(If lockdown was) introduced one week earlier it could have reduced first wave deaths from 36,700 to 15,700,’ writes the team which includes Professor Lockdown, Neil Ferguson.

His doomsday prediction of 510,000 deaths in the first wave helped convince ministers to hit the panic button and pull the curtains over society.

Above the dark green lines reveal the actual impact of measures at the time, and the green lines show the predicted impact when an aspect of the situation is changed. The graph in the top left shows what could have happened if lockdown was imposed a week earlier

The experts used a mathematical model of the spread of coronavirus in England’s seven NHS regions during the first wave to predict how it would have changed if lockdown was imposed earlier or later.

‘The timing of the initial national lockdown was crucial in determining the eventual epidemic size in England,’ they wrote.

‘Locking down a week earlier could have reduced the first wave death toll from 36,700 to 15,700, while delaying lockdown by a week would have increased the deaths to 102,600.’

They found that the timing differences led to substantial divergences in how the virus impacted different regions, with those that had smaller outbreaks at the start of the lockdown ‘more sensitive’ to changes in timing.

If it had been imposed a week later deaths could have doubled in London, they said, and almost tripled in the Midlands.

The team also analysed the impact of the virus on care homes, and said that an earlier lockdown could have also cut deaths in them.

They warned that once the virus started spreading in a care home it became difficult to control due to the necessary close contact between staff and patients.

Supporting the blunt measure, they added: ‘Initiating a lockdown to interrupt the exponential growth phase of an epidemic has a much greater impact on reducing total mortality than extending an existing lockdown.’ 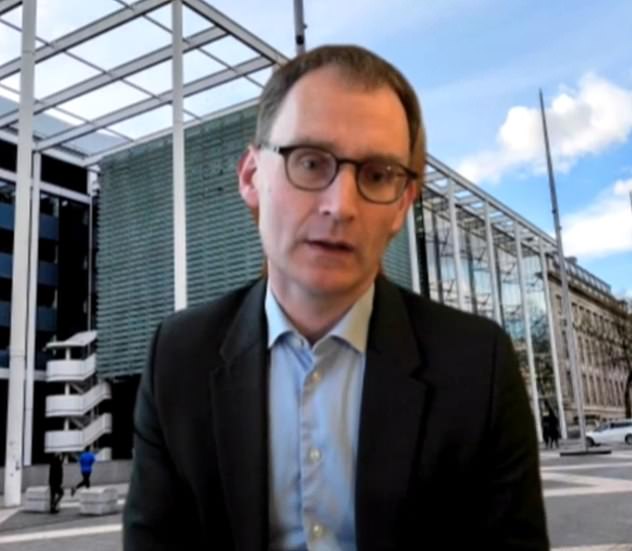 Dr Julian Tang, a clinical virologist at the University of Leicester, said the study was a ‘timely reminder’ of how the UK could have acted sooner.

‘Earlier models and analyses from the US on their handling of the Covid-19 pandemic highlighted how earlier action on social distancing and universal masking could have saved 36,000 and 40,000 lives,’ he said.

‘And now this study has shown something similar – that earlier interventions could have saved tens of thousands of lives.’

He added: ‘This makes complete sense to those who are familiar with dealing with a rapidly spreading, evolving pathogen, like the southeast Asian countries who have experienced SARS and avian influenza.

‘So it has been a steep and painful learning curve for many western countries, whose Covid-19 case numbers and deaths are the highest globally, where healthcare systems have been optimised over many decades to deal with chronic, non-infectious illnesses.

‘This is not necessarily a criticism, but more of a lesson learned, and it has been a humbling and difficult experience for these countries.’

China Covid-19: How state media and censorship took on coronavirus