Thousands of New Zealand music fans will be the envy of Sydneysiders when the clock strikes midnight on Thursday night.

Up to 30,000 Kiwis will ring in 2021 with a bang when the annual three-day Rhythm and Vines festival wraps up at a winery near Gisborne on the North Island.

Revellers will then be among the first in the world to welcome in the first sunrise of the year several hours later.

Across the Tasman, New Year’s Eve celebrations will be much more subdued as another lockdown potentially looming for Sydney. 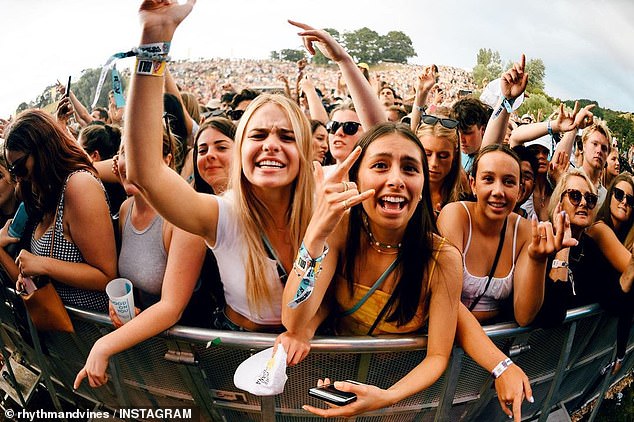 Rhythm and Vines revellers in New Zealand have few coronavirus restrictions to worry about. Pictured are fans with a front row view of the stage on Wednesday

Sydney’s world famous New Year’s Eve fireworks will go ahead without the one million revellers who traditionally pack the harbourside foreshore for the spectacle.

Sydneysiders will celebrate quietly at home with five visitors or less as a coronavirus outbreak grows to 170 cases and has spread across the border into Victoria.

There will be different scenes in New Zealand, where New Year’s festivities are already in full swing.

Revellers have flocked to the Rhythm and Vines festival, which kicked off on Tuesday.

Footage and photos have emerged from the first two days of artists performing on stage in front of massive crowds filling the moshpit and spilling into the nearby hills as carefree revellers danced and sang with a beverage in hand. 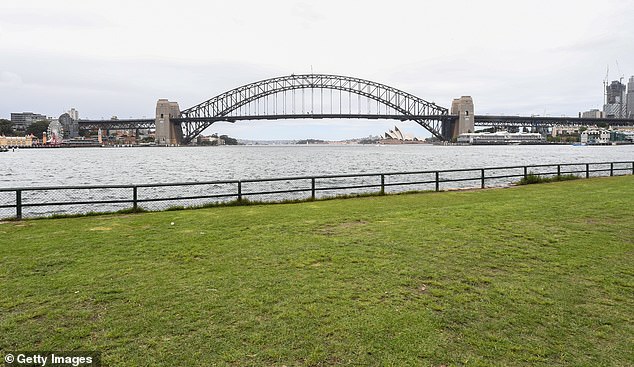 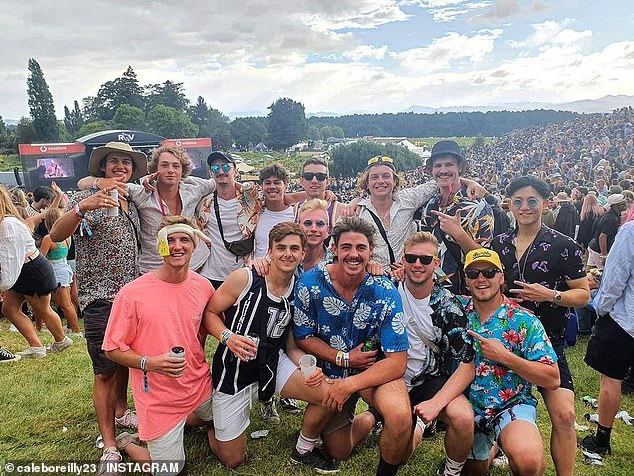 There are different scene in New Zealand, where a 30,000-plus crowd has  flocked to Rhythm and Vines festival near Gisborne. Pictured are revellers gearing up for the final night on New Year’s Eve

And it’s not just revellers bragging about the great time they’re having.

‘Uum. So this just happened tonight in Gisborne,’ the band posted.

Artist Prins described the vibe at her performance on Wednesday night as ‘absolutely insane’.

Dave Dobbyn, famous for the 1986 hit Slice of Heaven also performed on Wednesday hours before he was named a knight companion of the New Zealand Order of Merit. 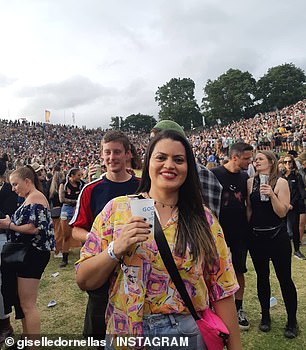 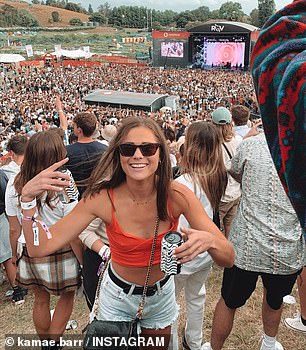 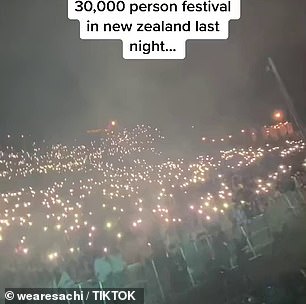 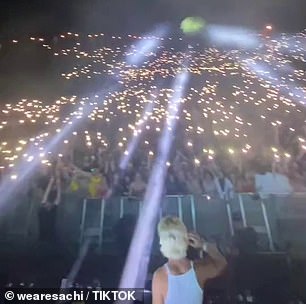 30,000 Rhythm and Vines attendees rocked to We Are Sachi’s performance on Wednesday night

Founded by a group of university mates, Rhythm and Vines has come a long way since a crowd of 1,800 attended the first festival in 2003.

The event expanded into a three-day festival five years later and has become a rite of passage for more than 350,000 Kiwis and attracts visitors and touring artists from all around the globe.

Tame Impala, The Presets and Mark Ronson are among the biggest acts who have headlined the festival in recent years.

Tickets go on sale 11 months beforehand in January with the majority of the campgrounds selling out within hours.

Prices start from $125 for a one day festival pass. 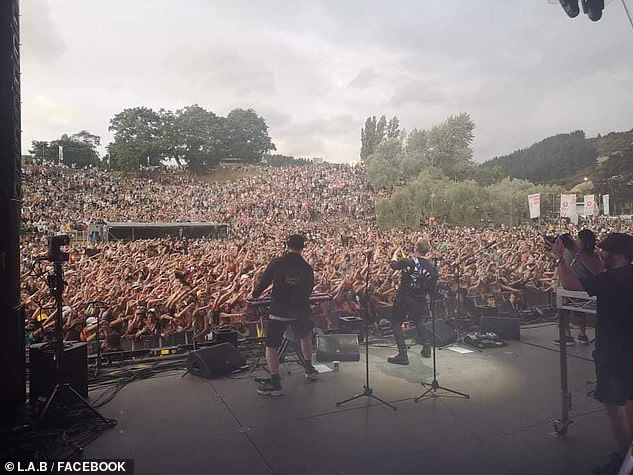 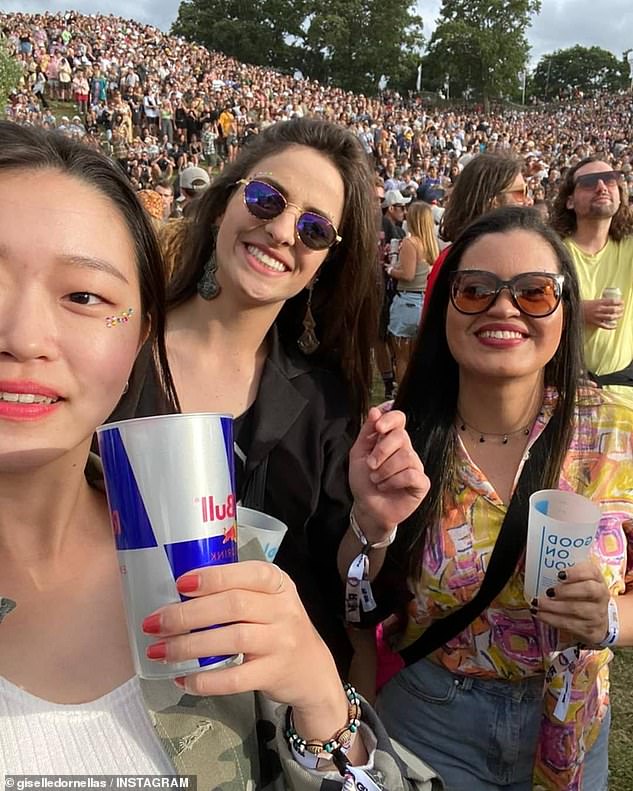 The Rhythm and Vines festival has become a rite of passage for more than 350,000 Kiwis since the music evemt began in 2003. Pictured are revellers getting ready to end 2020 with a bang