CRAIG BROWN: Diaries Of An MP’s Wife Pt 2 – Negronis all round! We’re on Budget duty

I sit next to Dave Cameron and ask him when he’s going to give my husband Hugo the job of Home Secretary. ‘Hugo’s always at home so he’s practically a world expert,’ I say.

For the charity auction, Hugo and I have kindly donated the chance to enjoy a three-course dinner with the two of us tomorrow. 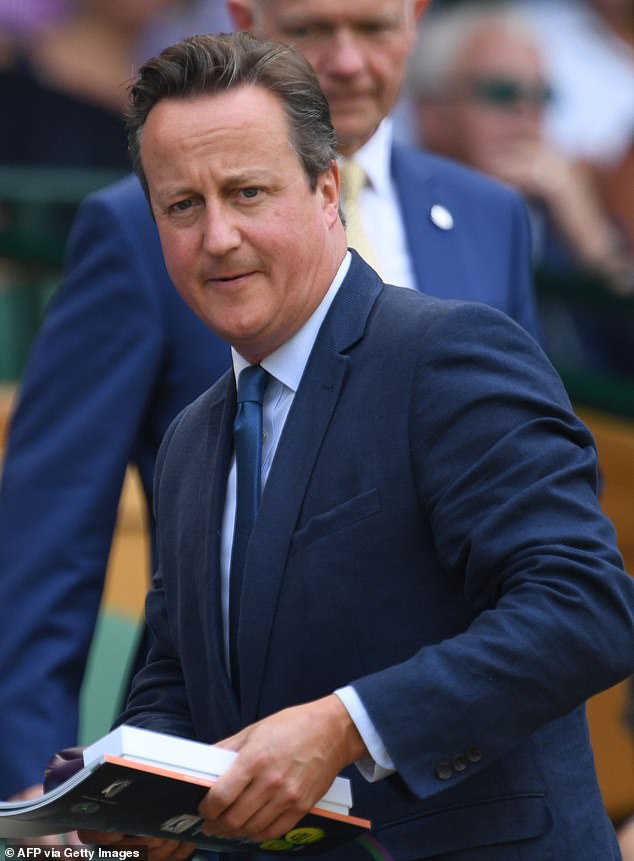 I sit next to Dave Cameron (pictured) and ask him when he’s going to give my husband Hugo the job of Home Secretary. ‘Hugo’s always at home so he’s practically a world expert,’ I say

Dinner at home. Just the two of us, which is nice. We won it for £3,000, so we’re jolly pleased with ourselves.

To Westminster Abbey, for the Royal Wedding. On the way back, Hugo tells me he’s in with a pretty good chance of being the next Archbishop of Canterbury. ‘After all, I know Canterbury well,’ he says. ‘We went there one afternoon, the year before last. Or was that Salisbury?’

Over to Hillsborough for the dreaded annual garden party. ‘Surely it can’t only be locals,’ I sigh.

The Rev Ian Paisley is presented to me. I look at his sweaty face. He looks back, as if he is working out if I’m shaggable. I’ve been briefed that he’s a clergyman, so I try to set him at his ease by asking him if he knows the Pope personally.

‘Are you bestest pals? I absolutely adore him. Such a total sweetie with that little hat of his!’ I add.

The Rev Paisley just turns on his heels. ‘Someone got out of his bed the wrong side this morning!’ I hoot to Hugo.

Meanwhile, Hugo is getting to grips with being Minister for Northern Ireland. Over dinner, we put our heads together and discuss how to get the Northern Ireland situation in order. Maybe something super-sexy like Nancy’s Blushes for the principal bedroom, and possibly Rectory Red for the dining room. 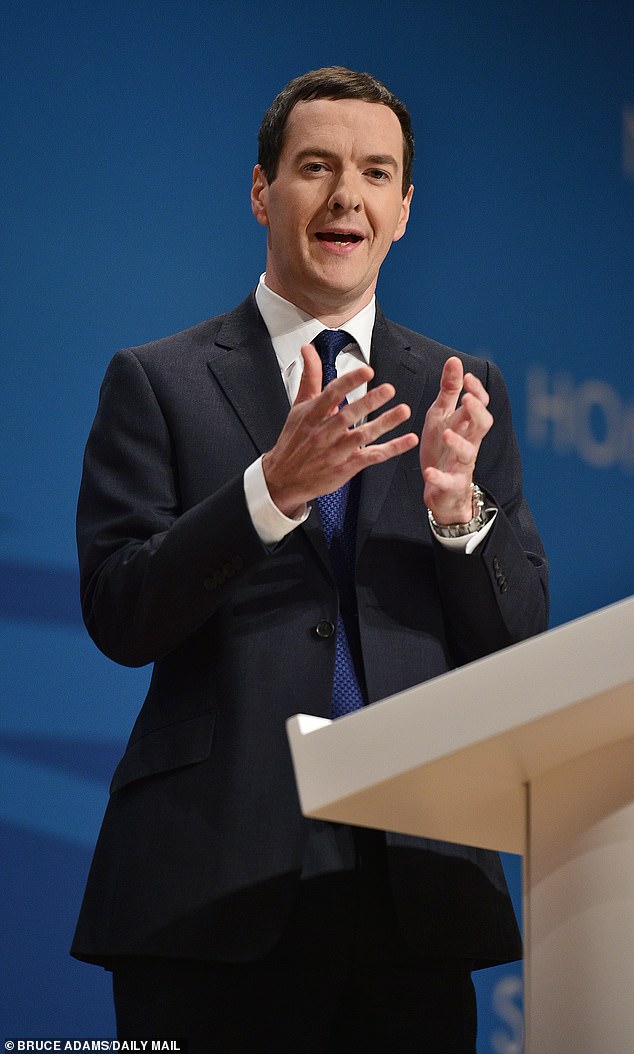 A weekend with the Osbornes at Dorneywood. After dinner, poor George (pictured) has to work flat out on the next Budget, but we’re all here to help, so he fishes out his pocket calculator and a tube of Pringles and orders lethal negronis all round

Hugo’s so well-informed in his new post, he already knows which is North and which is South, and that Dublin’s in the South and Belfast’s in the North. Or is it the other way round?

‘At this stage, no one would expect me to be the complete expert,’ he says. ‘The main thing is, I know how to hold a knife and fork, and they value that sort of thing over there. They love to learn.’

To Chequers for dinner. The poor little Goves have been invited to drop by afterwards, presumably to help with the dishes.

A weekend with the Osbornes at Dorneywood. After dinner, poor George has to work flat out on the next Budget, but we’re all here to help, so he fishes out his pocket calculator and a tube of Pringles and orders lethal negronis all round.

All hands to the wheel! He places his notepad on his lap and invites us to chip in with our ideas.

‘What are you going to do about equality?’ I say. ‘High time you reduced it. It’s simply not fair on the better off.’

Hugo puts on his serious face. He says he’s been thinking about it all week, and the Treasury could raise a bit of extra cash by putting a penny or two on brandy snaps.

‘But you don’t even like brandy snaps,’ I interject.

He’s so sharp, it’s only a matter of time before Dave makes him Chancellor. 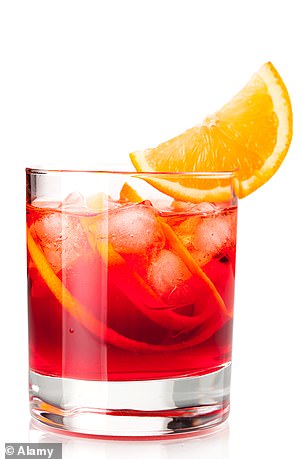 ‘We must go and prop him up’, I say, pouring us a mega- large negroni

Only one more day to go before the Brexit referendum. Hugo is convinced we should leave the European Union, and that’s why he’s going to vote Remain.

This way he can hold the Government together and then he’ll be well-placed to work from the inside to get us out at a later date. Hugo’s so brilliant, it can’t be long before he’s voted in as PM!

‘We must go and prop him up’, I say, pouring us a mega- large negroni.

DR MICHAEL MOSLEY: Food to improve your mood... and boost your energy!

Father, 59, leaves hospital after surviving a record 65 days on a ventilator

First flight: 10 great places where beginning birders can get their wings

Which NFL figures need to prove in Week 2 that first game wasn't a fluke?

TALK OF THE TOWN: Gordon Ramsay's new nightmare as his trendy London restaurant plunges £15million into...

First flight: 10 great places where beginning birders can get their wings