As Eoin Morgan’s World Cup winners settle into their hotel by Table Mountain, the man who helped England claim their first global trophy is painting the picture of his own scenic surroundings in South Africa.

‘I’m sat in my office now and I have a panoramic view over the valley, of the mountains and the Breede River – it’s very, very beautiful,’ says Craig Kieswetter when asked to describe his family farm in the Western Cape, where he now lives and works.

He is speaking to Sportsmail just 100 miles east of where England’s touring team are based for their six white-ball games, which start at the end of this month. 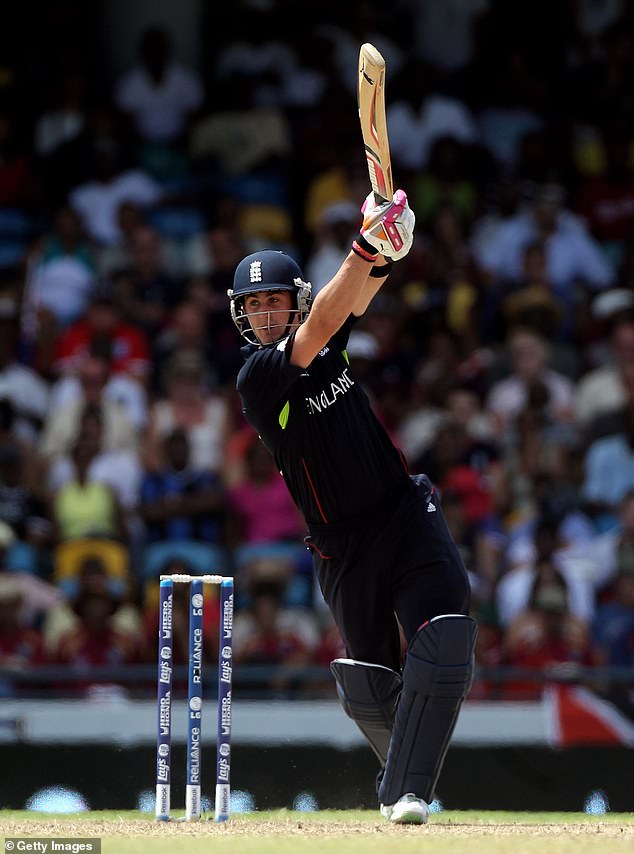 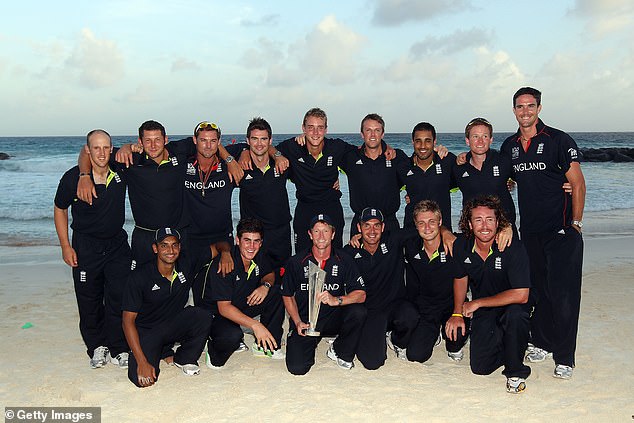 But a decade after his man-of-the-match heroics in the World T20 final, Kieswetter has never felt further away from cricket, having swapped batting for breeding in the country where he was born and raised.

Horseracing is a passion which became a profession when his dad Wayne bought the 750-acre Ridgemont Highlands farm in January 2017.

The farm now looks after around 350 horses, including the retired Canford Cliffs, a five-time Group One winner, and his family also own the Barnane Stud in Tipperary, Ireland.

‘I run the marketing, sales and client relations portfolio of our business,’ explains Kieswetter. ‘I travel to race meetings and sales all around the world. Breeding horses and racing horses is tough, but it’s another sporting challenge that I am really enjoying getting my teeth stuck into.’ 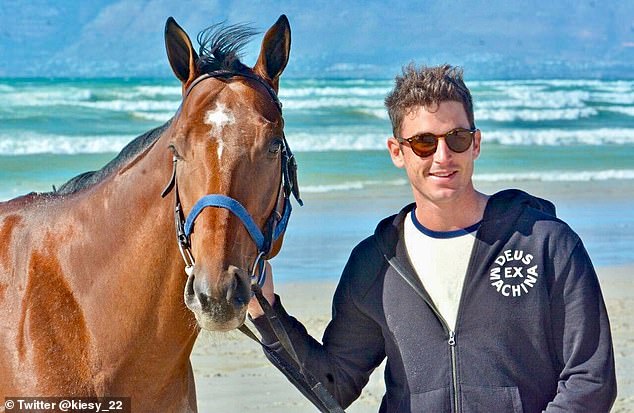 The sporting challenge he became famous for now seems like another lifetime to Kieswetter. But his cricket legacy actually lives on in this current England team, thanks to a set of circumstances even he struggles to believe.

As the story goes, when England beat Australia in the 2010 World T20 final and Kieswetter smashed 63 from 49 balls, a certain Jofra Archer was sitting in the stands in his home town of Bridgetown, Barbados.

After that game at the Kensington Oval, the 15-year-old Archer changed his name on Facebook to his new hero Kieswetter, but an even greater tribute was to come.

Because when the bowler was picked to play for England ahead of last summer’s home World Cup there was only one shirt number he wanted – the No 22 worn by wicketkeeper-batsman Kieswetter 10 years ago.

‘When I heard that, it actually made me feel bloody old,’ laughs Kieswetter, who is still only 32. ‘I need to send Jofra a message and tell him to p*** off because he made me feel like I am in my 40s or 50s!

‘I would never have thought of myself to be that sort of figure to be looked up to for a youngster but it’s a terrific complement. He’s certainly excelling in that number. I am chuffed for him and I am chuffed for the No 22!’

As well as leaving a lasting impression on Archer, Kieswetter believes the way England played in that tournament paved the way for last summer’s 50-over World Cup success. 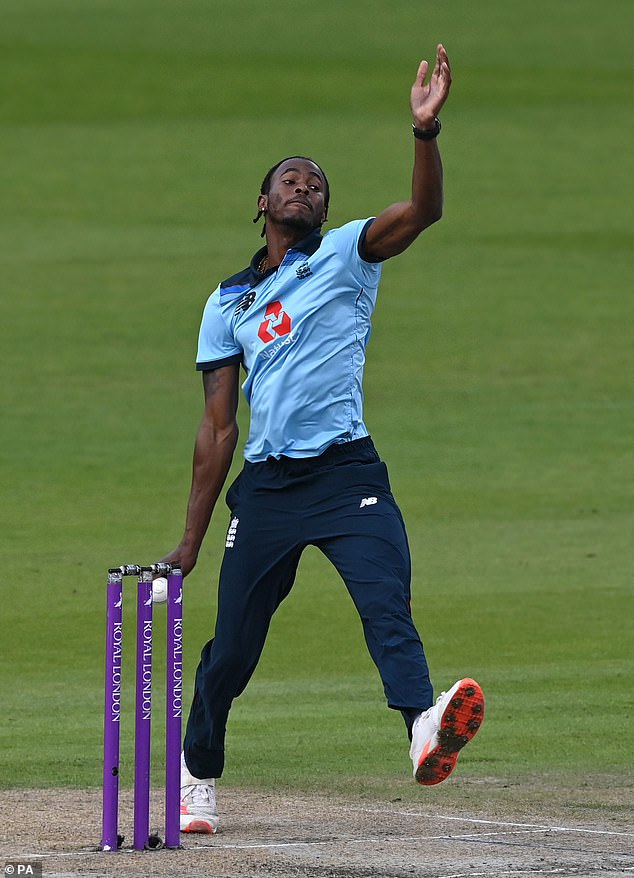 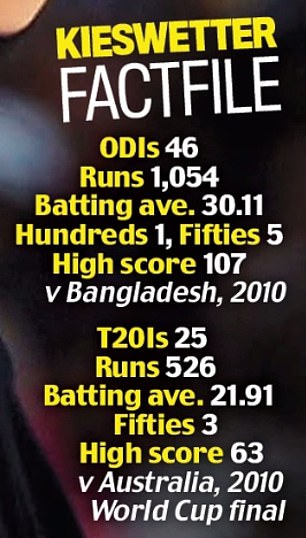 Under Paul Collingwood’s captaincy, the uncapped 22-year-old Kieswetter was chosen to form an aggressive opening partnership with Michael Lumb in the Caribbean. And the gamble paid off as he scored 222 runs in seven games, a tally only bettered for England by Kevin Pietersen.

‘It was a life-changing experience,’ Kieswetter tells Sportsmail. ‘The longer time has gone on, the more I have appreciated what we were able to achieve as a team.

‘I read a few of the articles that came out this year on the 10-year anniversary in May and it made me feel quite nostalgic. It was an amazing time.

‘We would win a game of cricket, have a few rum and cokes in the dressing room, go back to the hotel, warm down by swimming in the ocean, go back to the bar on the beach, have a couple of pina coladas, go for dinner, then play a round of golf on our day off. For those three weeks, we pretty much lived on the beach, the cricket ground or the golf course.

‘But there were phenomenal cricketers in that side and there was no fear of failure. In terms of English cricket, that squad was the pioneer of the attacking and ruthless style we see now.’

Part of Kieswetter wonders whether he would have been in the side that won England’s second global title had he not been forced to retire five years ago. 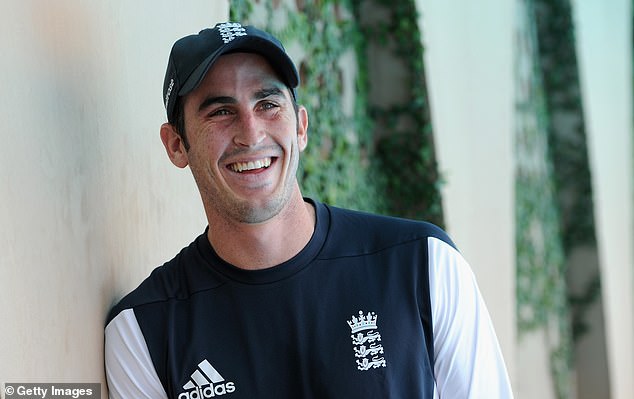 It was a cruel and premature ending to a still fledgling career and dates back to July 2014, when he was playing in a County Championship match for Somerset against Northamptonshire and he was struck in the eye by a bouncer from David Willey.

The ball snuck through the gap between the grille and peak of his helmet, breaking his nose and shattering his right eye socket. ‘I was so pumped on adrenaline that I don’t remember the pain of being hit,’ he says. ‘I don’t remember any part other than bending down on my knees – but you know something is wrong.

‘I asked Darren Veness (Somerset’s strength and conditioning coach) to take a photo of me when we were at hospital. My face was sideways but it actually looked worse a few days later when the bruising came – it was black, blue and purple and blown up.

‘You can’t see because your eye is so swollen. I was worried that I’d lost my vision completely but when you get a bit of a vision back then there is a bit of relief.’

Following emergency surgery, Kieswetter was able to see again but he lost depth perception in his eye. He knows, however, things could have been much worse.

Just four months after his blow, Australian batsman Phil Hughes died after being hit on the neck by a bouncer from Sean Abbott. Following the two incidents, helmets were made mandatory in English cricket and the ECB also banned adjustable grilles.

‘On the one hand, I am unfortunate, but on the other I am extremely lucky that it didn’t end up in a tragedy like Phil,’ says Kieswetter, who played 46 one-day internationals and 25 T20s for England. ‘I am eternally grateful that the damage was fixable to a certain extent and that I didn’t lose my eye or even worse, have a tragedy such as Phil.’

Kieswetter returned to action for Somerset before the end of the 2014 season and played for Warriors in South Africa’s T20 competition that winter. He was also named in England’s provisional 30-man squad for the 2015 World Cup. 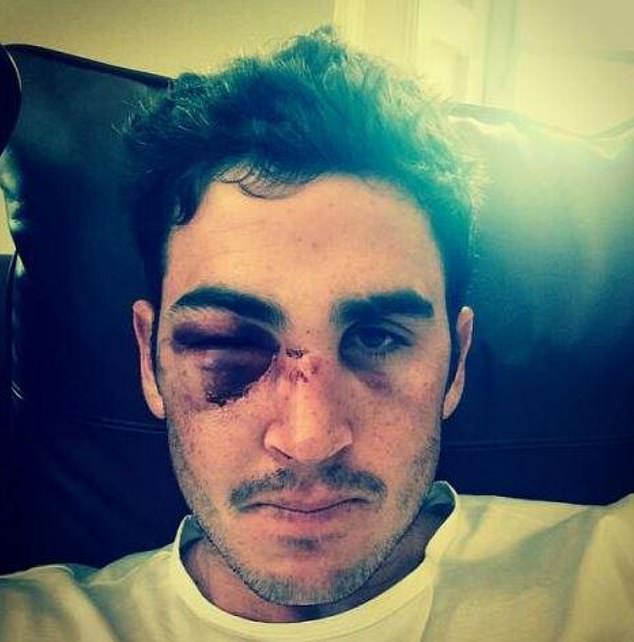 But Kieswetter withdrew from that squad knowing his eyesight was not up to it and never played cricket again, announcing his retirement in June 2015.

‘I look back with a lot of sadness at having to retire at 27,’ he admits. ‘I was devastated because I thought I’d finally matured as a cricketer. It would have been interesting to see if at 29 or 30 I would have been knocking around the England side. I like to think I would have been.

‘But I don’t look back at it with regret because I actually didn’t have much option. My eyesight was not good enough for my own self-belief and self-comfort. I always want to give my best but physically I couldn’t with a slight loss of vision.’

Kieswetter, though, then turned his attention to a second sport – golf. He made it his mission to become a pro and within two years he achieved it, earning a card for the third-tier Mena Tour (Middle East and North Africa).

‘It gave me an avenue to deal with retiring from cricket and it was great fun and an amazing challenge,’ he says. ‘I was super chuffed that I could get to that level and get on to a tour but I was playing against guys who were 17, 18, 19 and incredible golfers. 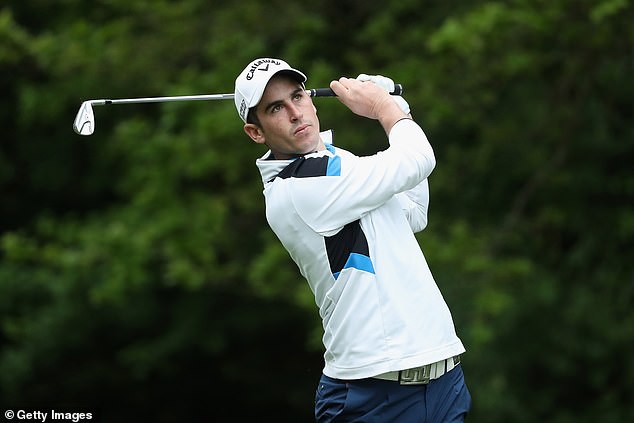 After his cricket career was curtailed, Kieswetter turned his attention to his golf

‘I remember I shot one of the best rounds of my life in Dubai, two or three under, and the 22-year-old I played with shot something like six or seven under. I thought to myself, “There is no way I am continuing with this”. I realised I was 10 years behind these guys in terms of development.

‘I don’t want to do anything at half pace, just to tick along and be safe. My main aim was to get myself good enough to be able to turn pro and I had done that – but then I decided it was time to get stuck into the horses.’

And as ever with Kieswetter, he is not prepared to settle for mediocrity in his new line of work. ‘Our mentality is to breed the best horses with the best horses to produce the best horses,’ he adds. ‘We want to be at the top end of the game.’

The Milk Carton Kids vanished 24 years ago. Now, as bones are discovered, the search may be over