Crash Bandicoot 4: It’s About Time Dev on Making the Biggest Crash Game Ever 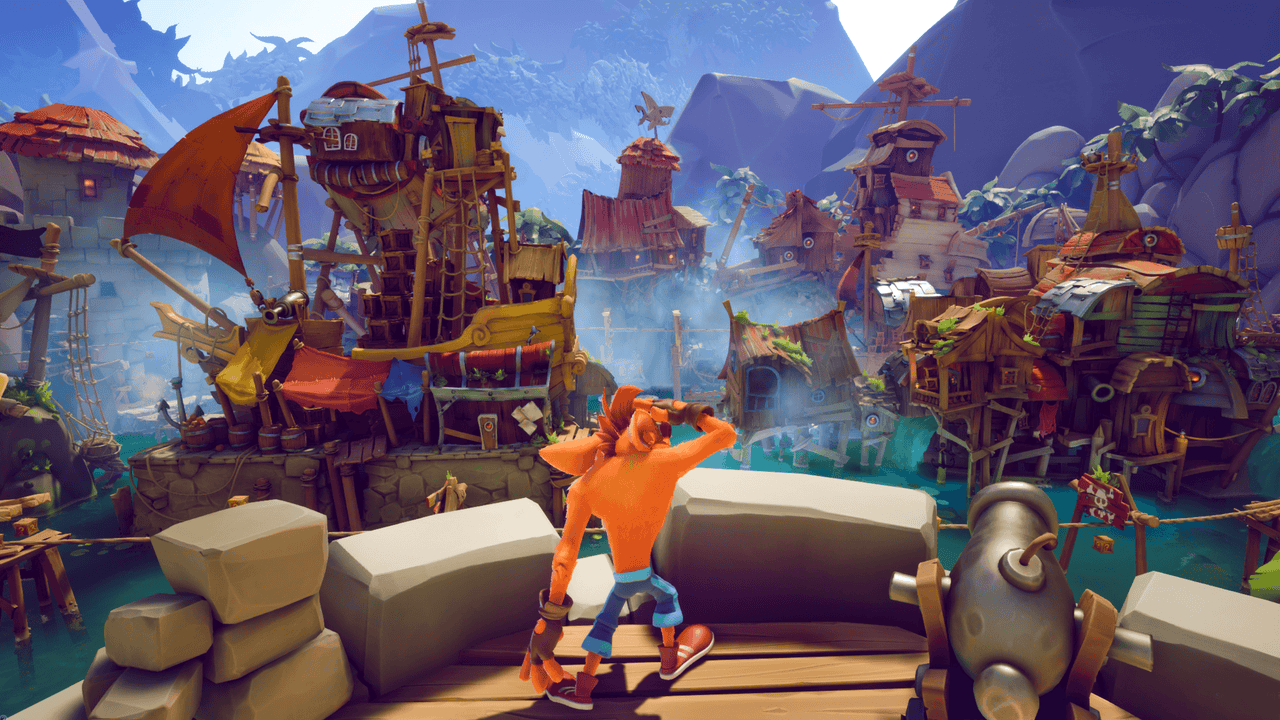 Crash Bandicoot 4: It’s About Time is a direct follow-up to the original, Naughty Dog-developed trilogy that was released on the original PlayStation. But with decades having gone by since their release, Crash 4 developer Toys for Bob had the chance to make something ambitious in size and scope that just couldn’t be done back then.Speaking to IGN ahead of Crash 4’s launch, Toys for Bob studio head Paul Yan elaborated on the scope and ambitions of Crash 4 from the team behind the Spyro Reignited Trilogy.

“…We did set out from the very beginning to make this the biggest Crash game ever,” Yan said, noting that the recently released demo, which has already led to some impressive speedruns, was meant to give longtime fans a sense that scope didn’t literally just mean the longest levels ever, but something much more all-encompassing.“That was part of the motivation for releasing the demo, to help more people get their hands on it and get a feel for just how much bigger and massive the levels are. When you think about how we compare to the previous games, it’s not just the length of the levels, but also just how densely packed the activities are. Some levels like Snow Way Out asks you to explore open areas in limited ways, and it’s not entirely linear in the same way that you could compare it to the original the trilogy.”

But Yan emphasized that, even as the scope of the game grew with new gameplay additions, additional modes like the N. Verted mirror mode, playable characters, and more, grounding it in the classic Crash platforming experience returning players know was a key aspect of the development process.

“We developed the tool set of new abilities and we knew that the masks and their new powers were going to be a part of what we wanted to do to layer on top of the core Crash classic gameplay. And the balance of it is something we were really sensitive about all the way through,” he said. “There’s new masks. There’s new locomotion tricks. There’s new alternate heroes. But we want to make sure that you’re coming to this game presumably to play as Crash. And we don’t want this to be a string of disparate experiences where it felt like…all kinds of other things outside that may give variety, but might overpower what that core experience is.

“So when we looked at the original trilogy, many of us looked at Crash 2 [as] a really great example of hitting the right balance,” Yan explained, noting that the team doesn’t see Crash 4 as something to directly compare solely to Crash Bandicoot 2: Cortex Strikes Back, but merely that striking a balance was key to a great Crash experience.“That was a lens which we applied and said, ‘Hey, everything that we’re putting into this and the way that we’re distributing it and pacing it out, does this compliment on-foot, core platforming gameplay?’ Because if it doesn’t, let’s get it out and make sure that we make Crash the center of this game.”

For more on Crash ahead of its launch this week on PS4 and Xbox One, check out the first details on Crash Bandicoot 4’s local co-op and competitive multiplayer, learn more about the fourth Quantum Mask, and stay tuned to IGN for more from Yan on Crash Bandicoot 4: It’s About Time.

Jonathon Dornbush is IGN’s Senior News Editor, and host of Podcast Beyond!. Talk to him on twitter @jmdornbush.