By Shivali Best For Mailonline

Researchers from the University of Florida found that the crustaceans emerged from hiding quicker and spent longer looking for food when exposed to the medicines in contaminated water.

The research highlights the unintended impacts human medicines can have in aquatic environments, as they alter food web dynamics and ecosystem processes. 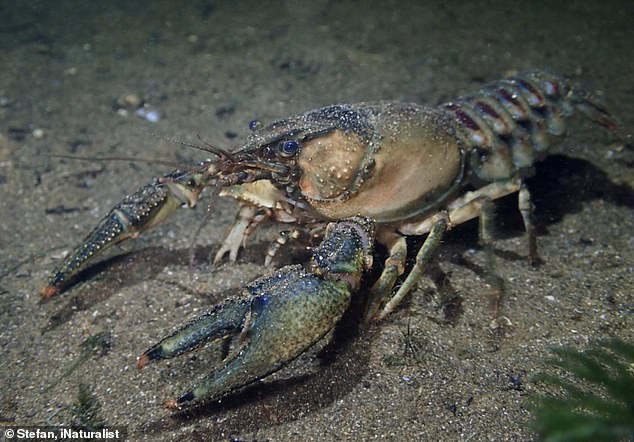 Scientists were left shocked when traces of illegal party drugs were found in freshwater shrimp swimming in Britain’s countryside rivers.

Drugs such as cocaine and ketamine were discovered by a team investigating 15 sites at five rivers around Suffolk to see what chemicals were in the water.

The authors said ‘surprisingly’ they found cocaine in every single sample – while the party drug ketamine and other pharmaceuticals were also found in the shrimp.

Previous research on the subject involved injecting the animals with antidepressants – but the dose would have likely been higher than what they would have encountered naturally.

‘Our work shows that even at environmentally realistic concentrations, a selective serotonin reuptake inhibitor (antidepressant) can change the behavior of crayfish,’ lead author Alexander ‘AJ’ Reisinger of the University of Florida’s Institute of Food and Agricultural Sciences told AFP.

Antidepressants that are flushed directly or excreted in trace amounts eventually end up in the environment, either through leaky septic systems or through water treatment plants not designed to filter them out.

The team examined the impact of selective serotonin reuptake inhibitors (SSRIs), a class of antidepressants that work by increasing levels of the ‘feel good’ chemical serotonin in the brain.

Commonly prescribed SSRIs include fluoxetine, which goes by the trade name Prozac, and citalopram, also known as Celexa.

US agencies advise against flushing unused medication down the toilet or sink due to the environmental impact, with the Drug Enforcement Agency coordinating periodic National Drug Take Back days to aid in proper disposal.

The researchers recreated the freshwater crustaceans’ natural environment in a lab where some were exposed to environmentally realistic levels of antidepressant for two weeks, while a control group was not exposed. 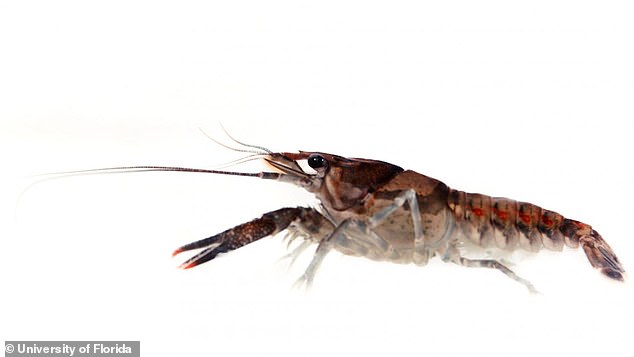 The researchers recreated the freshwater crustaceans’ natural environment in a lab where some were exposed to environmentally realistic levels of antidepressant for two weeks, while a control group was not exposed. Pictured: A crustacean used in the study 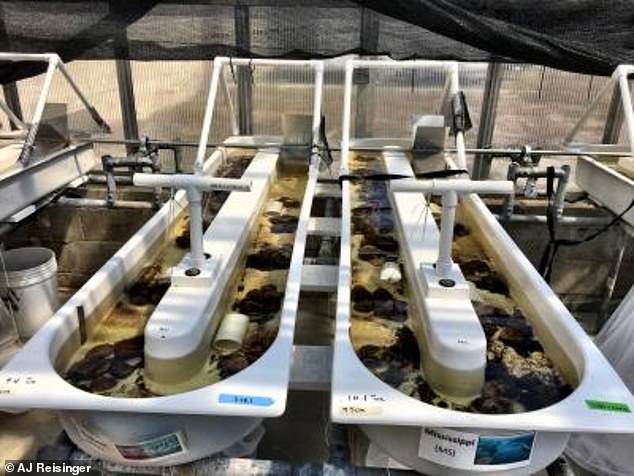 Three months before the experiment, the team placed packets of dried maple leaves and quartz rocks in a local creek and left them to gather communities of algae, bacteria, fungi, and invertebrates. The colonised leaf packs and rocks were then placed in Cary Institute’s artificial streams to mimic a natural stream ecosystem

The crayfish were placed in a shelter at the entrance to a Y-shaped maze, which has a short entrance that branches into two lanes.

One lane emitted chemical cues for food while the other signaled the presence of another crayfish.

The crayfish that were exposed to antidepressants emerged from their shelters earlier and spent a longer time looking for food, but they avoided the side of the maze signaling another crayfish, indicating they weren’t looking for confrontation.

The altered behavior could expose the crayfish, also known as crawdads in Louisiana where they are a staple in local cuisine, to increased risk of predators, which include eels and turtles as well as mammals and birds. 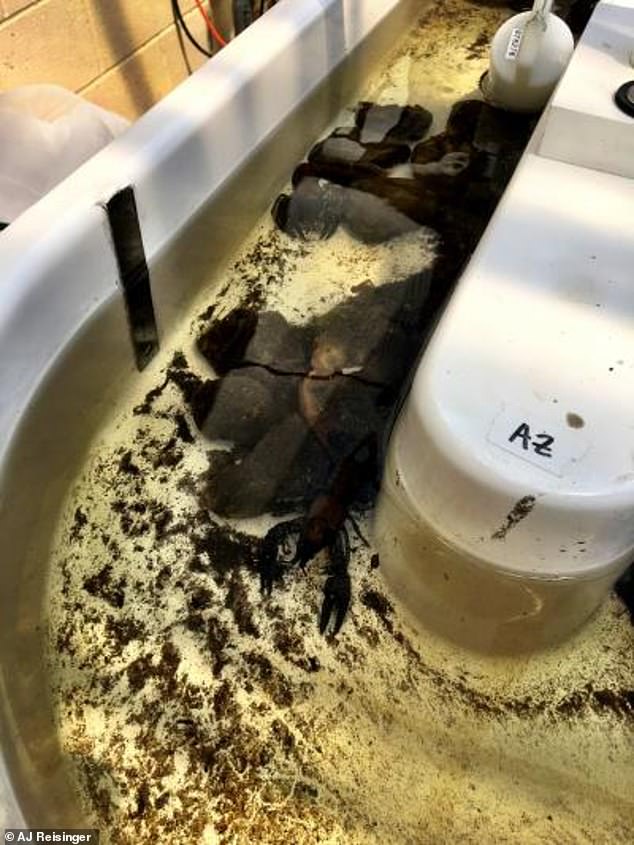 The crayfish were placed in a shelter at the entrance to a Y-shaped maze, which has a short entrance that branches into two lanes

It might also impact the entire aquatic ecosystem as crayfish eat algae and other organic matter that impact the recycling of nutrients – but this effect would likely come later and requires further study to confirm, the team wrote.

Reisinger said applying the findings to the natural world was challenging due to the likely presence of multiple pollutants in waterways, including heavy metals, hydrocarbons and other pharmaceuticals.

‘To get a better understanding of what this might do to our streams and rivers or food chains, more work is needed to understand the interactions among mixtures of different contaminants,’ he added.

WHAT DRUGS HAVE BEEN FOUND IN BRITISH WATERWAYS?

Waterways such as rivers, streams and canals are connected to waste systems and filtration plants.

As a result, they can become contaminated from a variety of sources – both legal and illegal.

For example, cocaine and other illicit drugs such as MDMA, ketamine and methamphetamines are commonly found in UK waterways.

Pharmaceuticals have also been found in trace quantities in shrimp.

Legal drugs such as local anaesthetic Lidocaine, commonly used in dentistry, is also found as it is often used illicitly to ‘cut’ cocaine.

Salbutamol, a drug used in asthma inhalers also shows up along with fenuron, a banned pesticide.

Pesticides are often found in large quantities in streams as they wash off farmland.