Cristiano Ronaldo faces Newcastle with memories of the 2008 hat-trick.. video 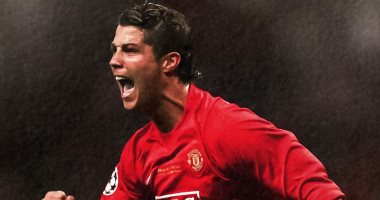 Manchester United fans are awaiting the participation of Portuguese star Cristiano Ronaldo against Newcastle in the English Premier League today, in the player’s first appearance after returning to the team again, after the Red Devils coach, Onar Solskjaer, resolved the controversy over the participation of the Don in the match, according to what he said in the match press conference. .

Ronaldo plays the match with memories of the beautiful past, as he had scored a hat-trick against Newcastle in 2008 in the 22nd week of the English Premier League in the confrontation that ended with the Red Devils winning six goals without a response.

Newcastle United will host Manchester United this evening, Saturday, at Old Trafford, the stronghold of United, as part of the fourth round of the English Premier League for the current season 2021-2022.

The Manchester United match against Newcastle will start at 4:00 pm and will be broadcast on beIN HD Premuim 1.

Solskjaer had said that his personal relationship with Ronaldo was wonderful – he described him and added: “We spent several years together at the club and we know each other very well, and he doesn’t need me to tell him what to do as he is a player with the determination and desire to be the best, and I have already seen He is ready.”

Solskjaer also praised what Ronaldo did with Real Madrid after his departure from United, saying: “What Cristiano did in Real Madrid impressed us all, as he confirmed that he is one of the best players with high balls and headers, and he still hits the goal in 99 times out of 100 when he shoots from outside the penalty area. , that is, he understands the game more, and the statistics indicate that he is still as fast as he was, indicating that Cavani giving his shirt number to Cristiano shows the respect that both players have for each other.

And it was reported by press reports, that the Portuguese Cristiano Ronaldo managed to change the map of selling shirts this season in the English Premier League, as it is among the strong deals for the major clubs during the summer of 2021.

And the British newspaper “Daily Mail” published a report on the best-selling shirts in the English Premier League and said that Ronaldo swept sales this summer, noting that searches for Cristiano’s shirt increased by 600% compared to the situation last season with Juventus..