Crown Casino has been fined a record $1 million by Victoria’s gambling regulator for its junket operations.

The Victorian Commission for Gambling and Liquor Regulation (VCGLR) on Tuesday confirmed it had fined Crown Melbourne for failing to comply with regulatory requirements in relation to junkets at its Southbank casino.

The regulator had been investigating the casino after 2019 media reports alleged junket operators who brought in high-rolling gamblers had links to organised crime and money laundering.

VCGLR Chairman Ross Kennedy said it is the first time that Crown has been fined $1 million, which is the maximum fine available to the regulator.

‘That fine reflects the seriousness of this matter, and the fact that Crown’s failure to implement a robust process occurred over an extended period,’ he said in a statement. 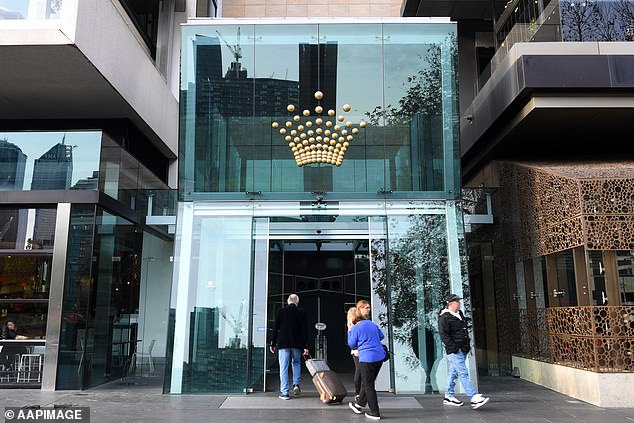 ‘Robust processes must be implemented to ensure that Crown’s Melbourne casino remains free from criminal influence and exploitation. These are strict and legislated regulatory requirements, and this is an area where Crown has repeatedly failed.’

The VCGLR has issued a letter of censure to Crown, prohibiting the company from recommencing junket operations until ‘processes and procedures have been improved to the satisfaction of the commission’.

They also want Crown to report back regularly on the progress of its ‘reform agenda’.

The regulator also confirmed it is assisting Victoria’s royal commission into Crown with its inquires.

The royal commission will investigate whether money laundering is still taking place at Crown Melbourne and whether the company had broken the law or its contract with the state government.

Public hearings are expecting to begin within months.