Top-ranked Australian tennis star Alex de Minaur has sparked rumours he is dating a glamorous fellow player after a cryptic sign-off following his second round win at the Australian Open.

De Minaur, 21, wrote the initials ‘KT’ on a camera lens after emerging victorious on Thursday night, leading many to speculate he was referring to British player Katie Boulter.

A Portuguese sports reporter, responding to a tweet saying ‘He put KT on the camera, is that for Katie Boulter?’, appeared to confirm the relationship by replying: ‘Possibly, it is his girlfriend’. 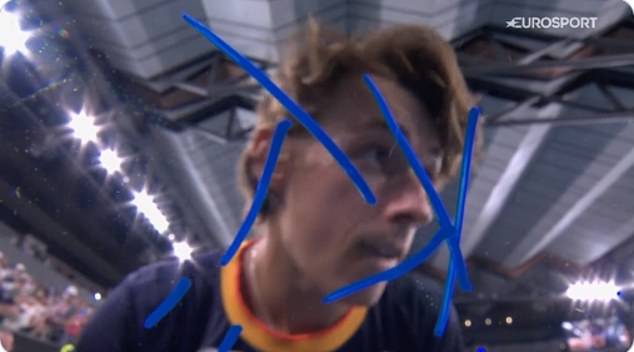 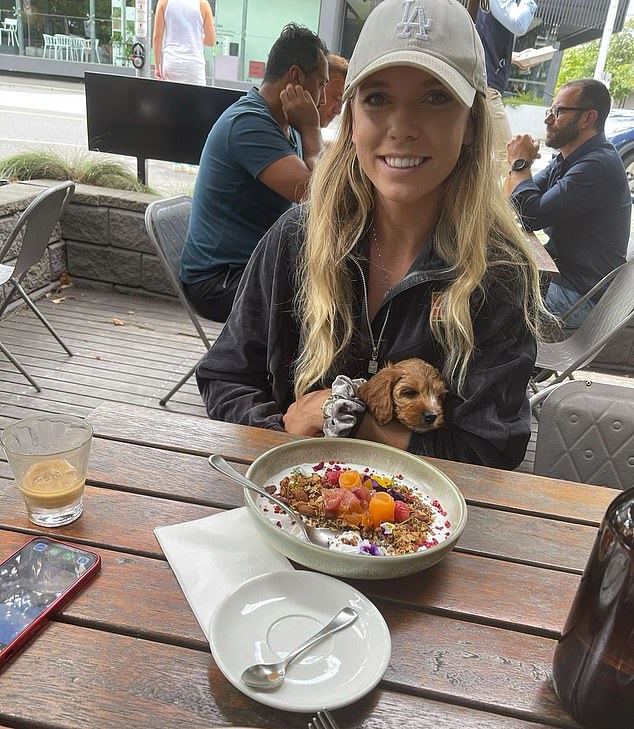 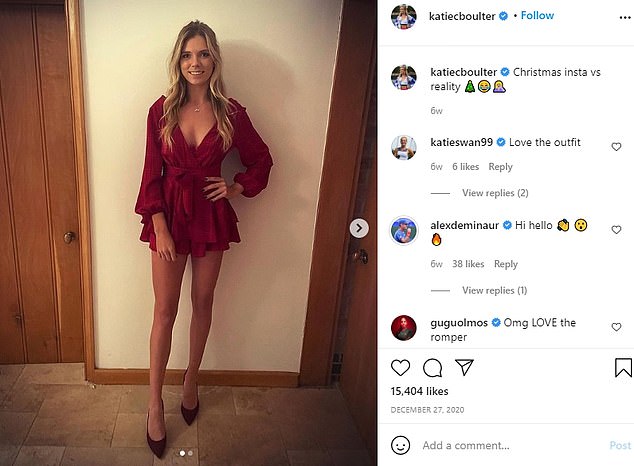 De Minaur and Boulter have been commenting on each other’s Instagram posts for weeks, including the above which was posted just after Christmas

Boulter, 24, who has been ranked as high as number 82 in the world, is currently in Melbourne for the Australian Open, however she was bundled out in the first round of the tournament in straight sets.

De Minaur – ranked number 23 in the world making him the highest ranked Australian – and Boulter have been commentating on each other’s Instagram posts for weeks, further fueling speculation they are a couple.

Six days ago Boulter added a picture of herself with a puppy, captioned ‘I think I’ve fallen in love’.

In mid-January Boulter wrote ‘Patiently staring at the door all night and day hoping to get a knock on the door to go to practice’ to which de Minaur offered ‘Mixed doubs???’. 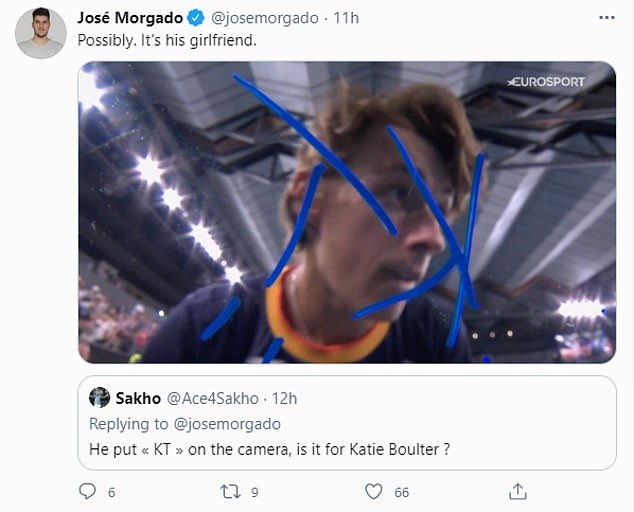 Speculation on social media the two players are together has been rife, with a Portuguese sports reporter appearing to confirm ‘it’s his girlfriend’ 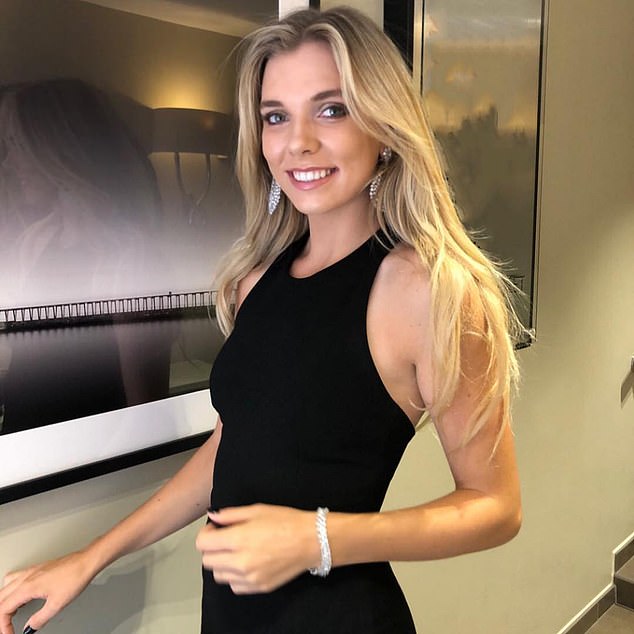 In return Boulter has also been frequently added comments to de Minaur’s posts, calling him an ‘Air demon’ in one and joking ‘Took you 30 mins to come up with that caption?’ in response to another photo.

Boulter reached the world ranking of 82 before she was struck down with injury in April 2019 when she was part of Great Britain’s Federation Cup team.

Following the team’s victory over Kazakhstan she suffered a spinal stress fracture, sidelining her for the rest of the year.

Her rehabilitation was compounded by the fact she has also battled chronic fatigue since she was a teenager.

Although in a recent interview said she feels like ‘I’ve officially conquered it’ and revealed how she is ‘as strong as I have ever been physically’.

‘I’ve had enough adversity to last a long time,’ Boulter told The Guardian.

‘I reached my highest ranking of 82 only practising once a day and doing zero gym.’

She said she was also ‘mentally in a great place after that very difficult time (in 2019)’, giving her faith she ‘can get back to being No82 and then push on from there’.

Boulter used her time during last year’s UK lockdown to complete work with Age UK, a charity for the elderly, where ‘there was one elderly lady I called every week so I could check that she’s OK and see if she needs anything doing’. 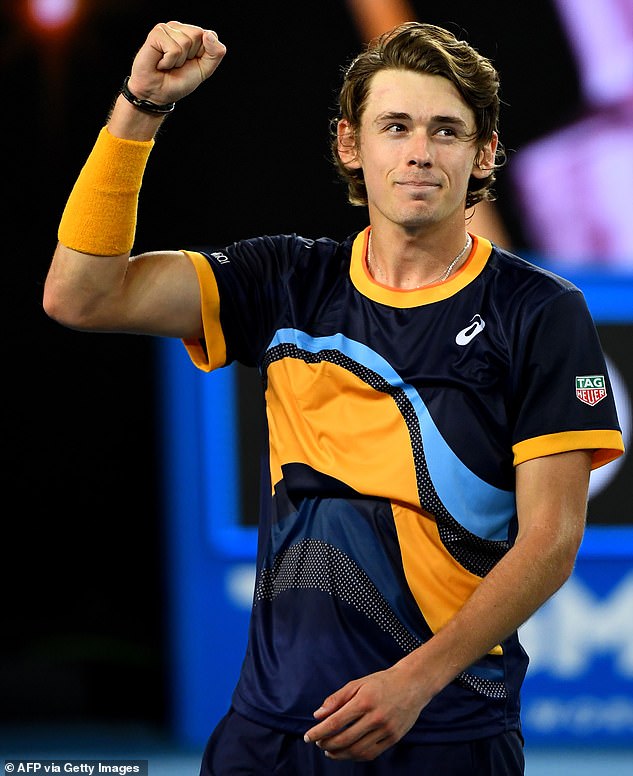 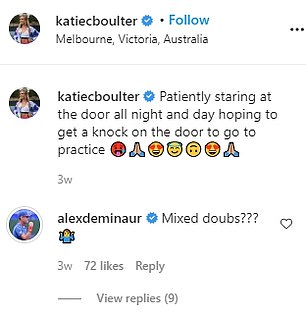 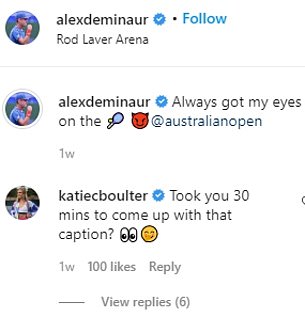 De Minaur and Boulter regularly comment on each other’s Instagram posts. In one post captioned ‘I think I’ve fallen in love’ alongside a photo of herself with a puppy, prompting de Minaur to reply ‘Interesting (looking emoji)’ 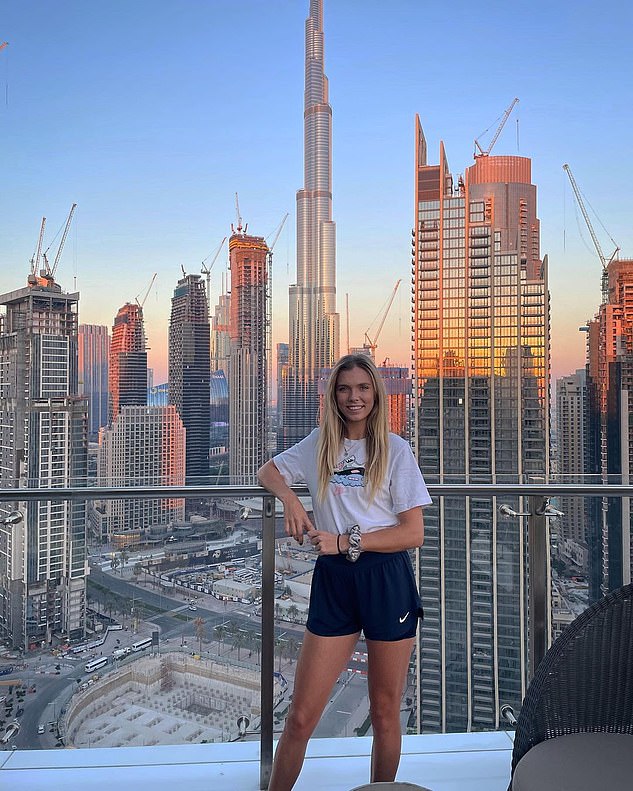 De Minaur advanced to the third round of the Australian Open after making light work of Pablo Cuevas, downing the Uruguayan 6-3 6-3 7-5 on Margaret Court Arena.

His win already equals his best Open run of 2019 after he missed last year’s tournament with an abdominal injury.

The roof was shut midway through the match after showers in the area but it hardly mattered for de Minaur who offered perspective on the situation after his victory.

‘It got a little bit heavier out here but I just think the biggest thing is to adapt,’ he said.

‘That’s one of the biggest things I’ve learned with the last year with COVID. You’ve got to be versatile; you’ve got to adapt and be ready for any situation.

‘Pablo’s a very skilled veteran player and I knew I had to be on top of my game to get through tonight.

‘I’m very happy how I maintained my focus throughout the whole match and played some great quality tennis. Yet again, happy to be back.’