That was not going to end well: Curious mouse sniffs a blue viper… who promptly eats it with a flash of its fangs

By Emilia Jiang For Mailonline

Incredible images show the moment a mouse was gobbled up whole after coming face to face with a blue viper.

The curious rodent is seen approaching and sniffing the 27-inch snake, seemingly unaware of the danger ahead.

The venomous predator suddenly opened its mouth wide, exposing a flash of its fangs to the rodent before swallowing it whole .

The incredible shots were captured by photographer Dzul Dzulfikri from Bekasi, Indonesia, who spotted the rare moment in his friend’s back garden. The blue pit viper – a pet of Dzul’s friend – is fed mice once a week as a treat. 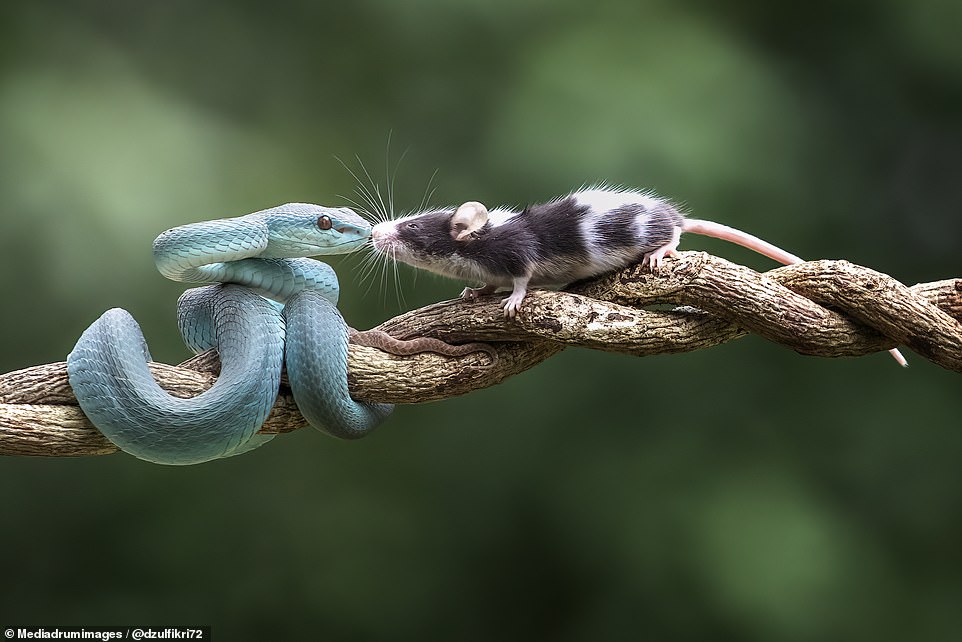 In the picture captured by Indonesian photographer Dzul Dzulfikri, the 27-inch blue viper is seen touching noses with the tiny mouse as the two start sniffing each other out before the snake suddenly opened its mouth and gobbled up the mouse whole 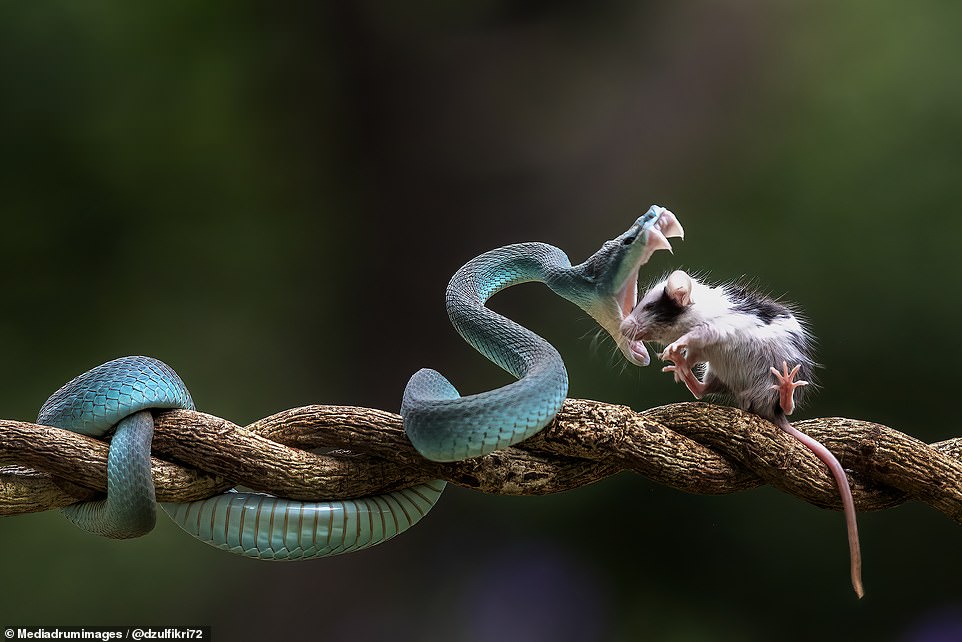 AMBUSH: This is the moment the blue viper strikes and swallows the terrified mouse whole. The incredible shots were captured by photographer Dzul Dzulfikri from Bekasi, Indonesia while he was at his friend’s back garden 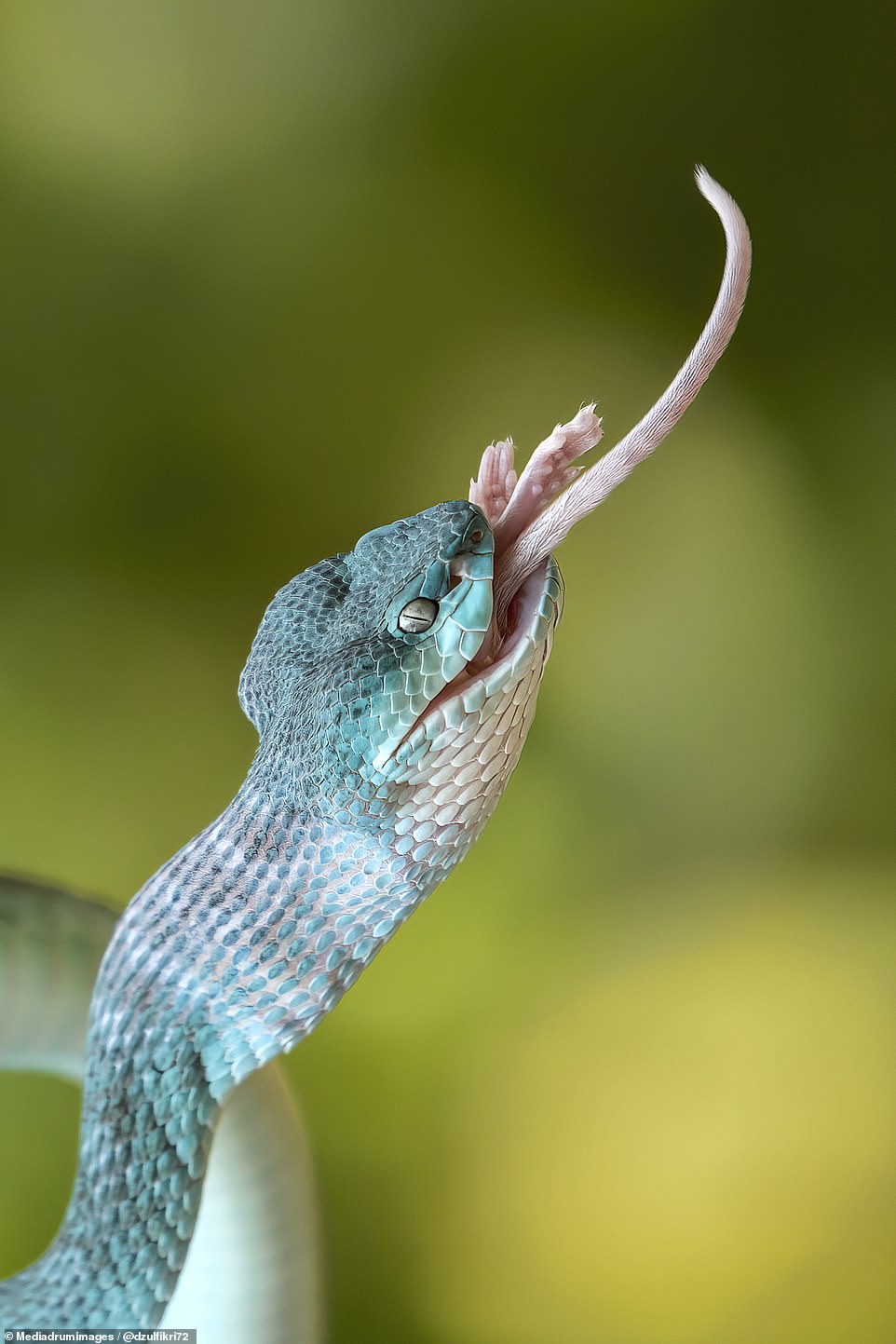 Incredible images show the moment a mouse is gobbled up whole after coming face to face with a 27-inch blue viper. It took only five minutes for the blue pit viper to devour the four-inch rodent as the photographer witnessed the rare moment 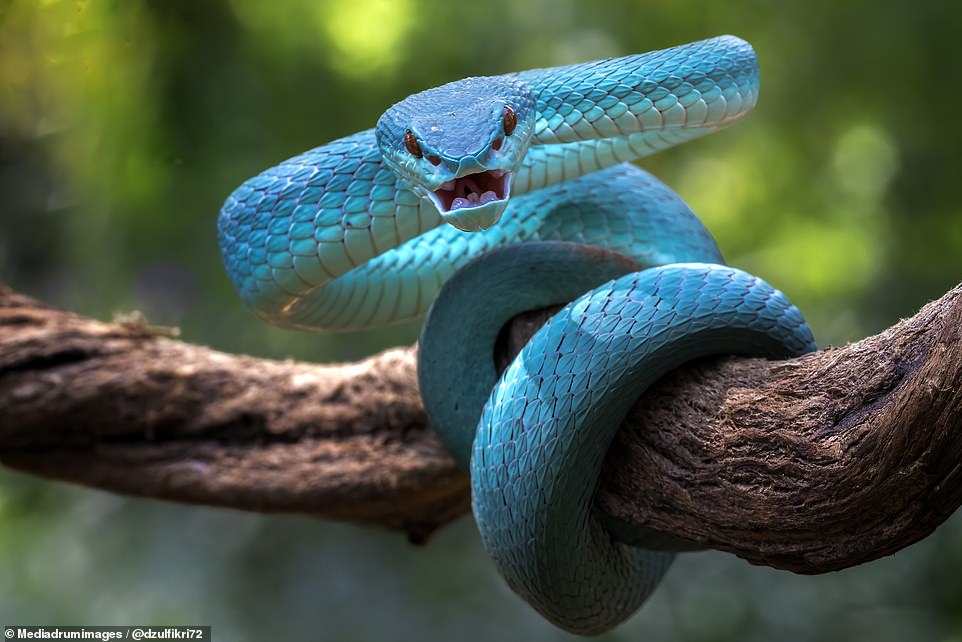 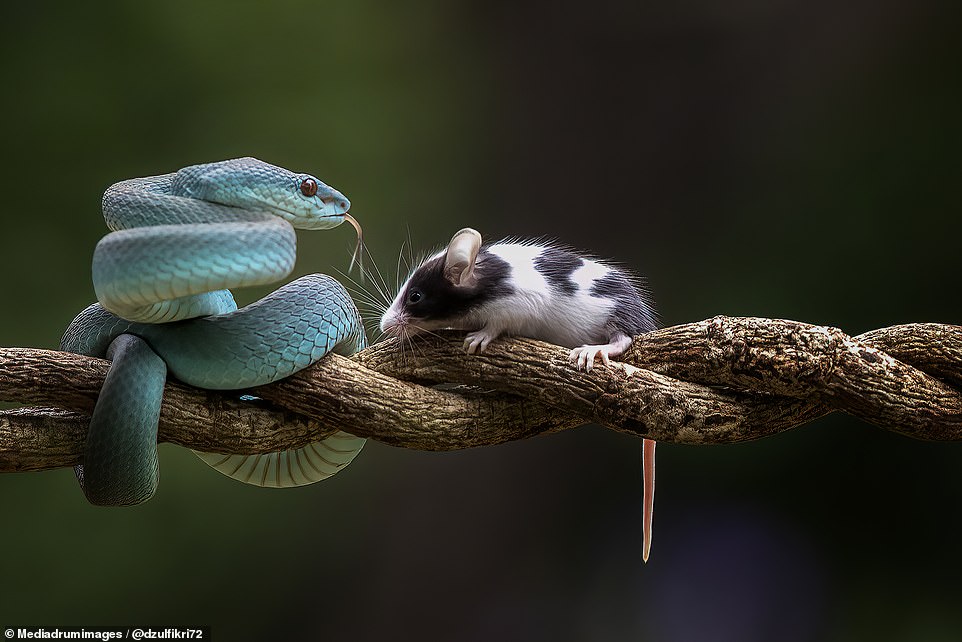 The mouse, which was dropped into the viper’s outdoor habitat as a weekly treat by its owner, curiously approaches the snake 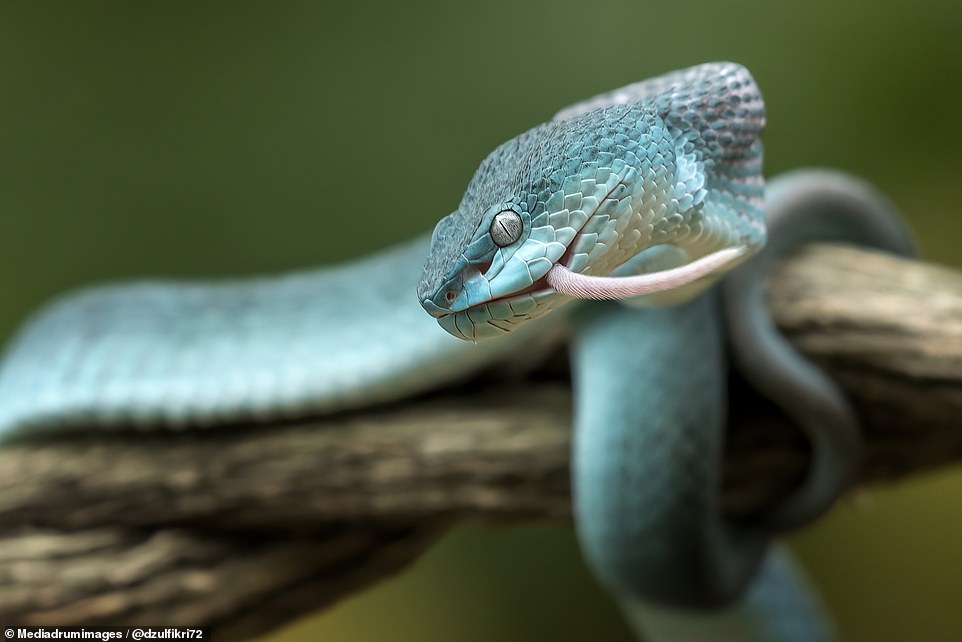 MEAL TIME: The viper is shown swallowing the last bit of its tasty treat after devouring the tiny mouse within just five minutes 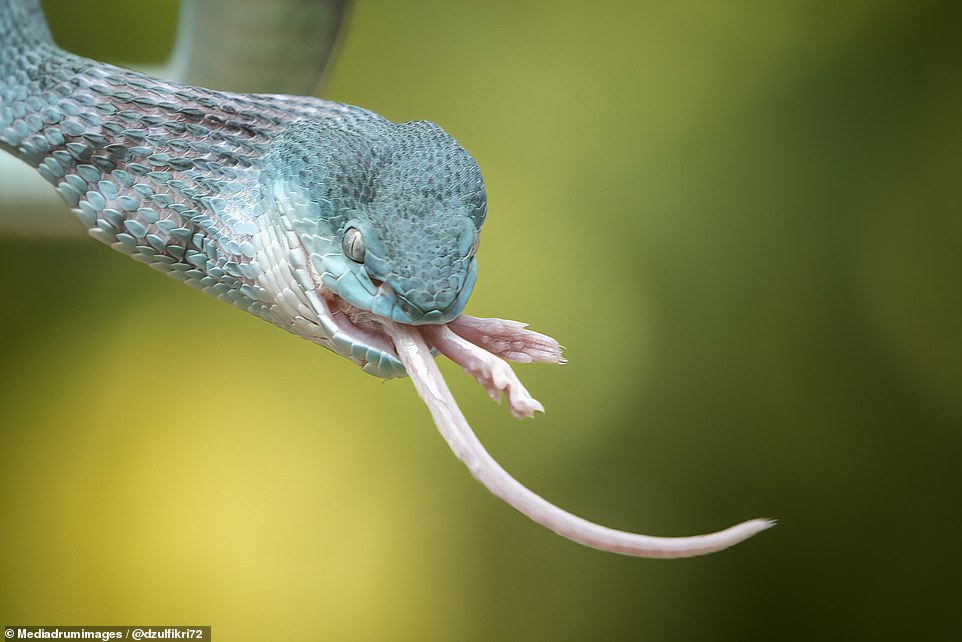 Within seconds, the mouse had disappeared from sight and into the snake’s mouth. The four-inch rodent was gobbled up whole after coming face to face with the venomous blue viper at its owner’s back garden in Bekasi, Indonesia 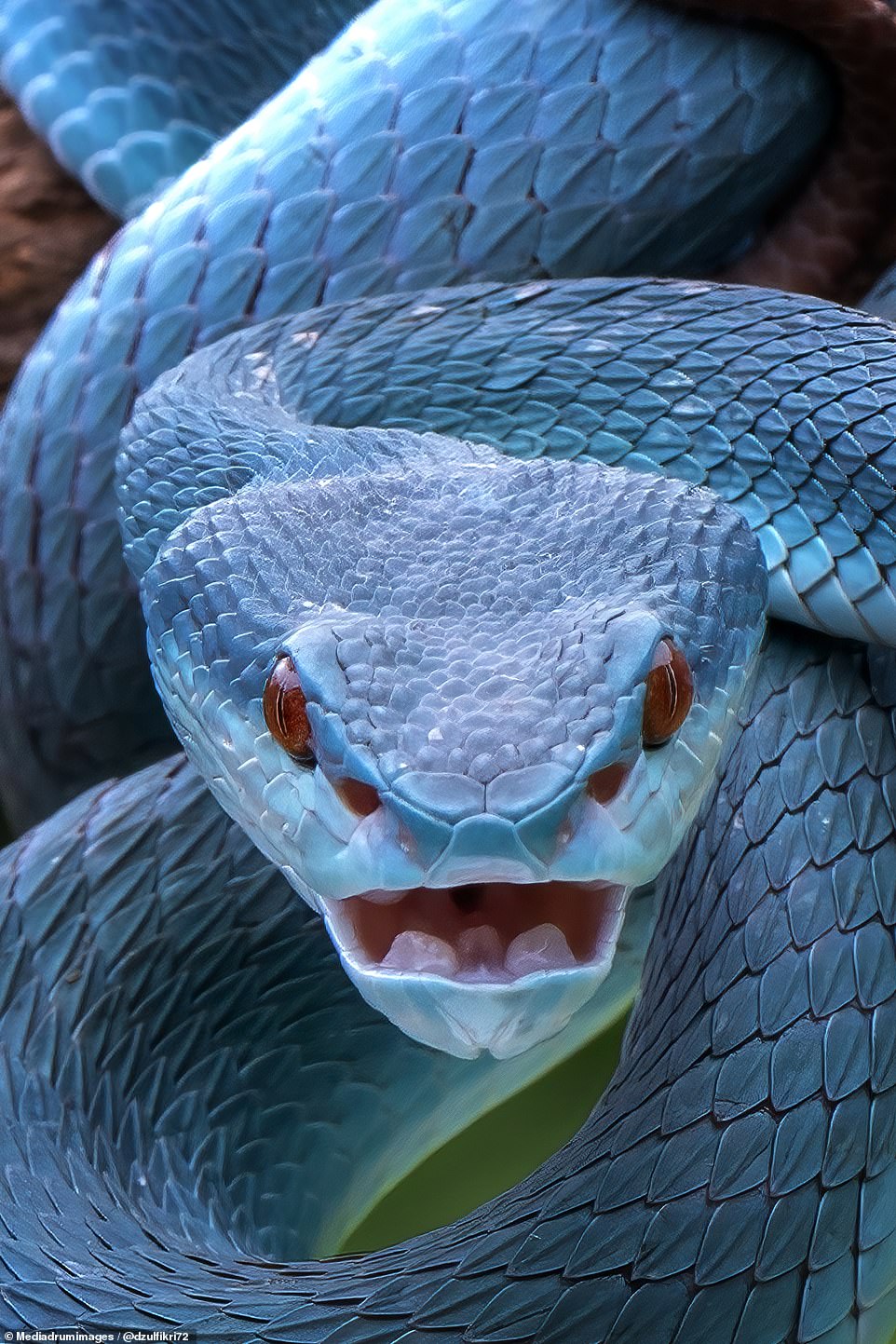 CHILLING STARE: The blue viper, an aggressive predator with venom that can cause severe bleeding, is native to Indonesia

A Russian businessman of Uzbek descent gifts 500,000 doses of the “Sputnik V” vaccine to Uzbekistan

Zlatan Ibrahimovic: How the AC Milan striker is producing a European renaissance

Zlatan Ibrahimovic: How the AC Milan striker is producing a European renaissance