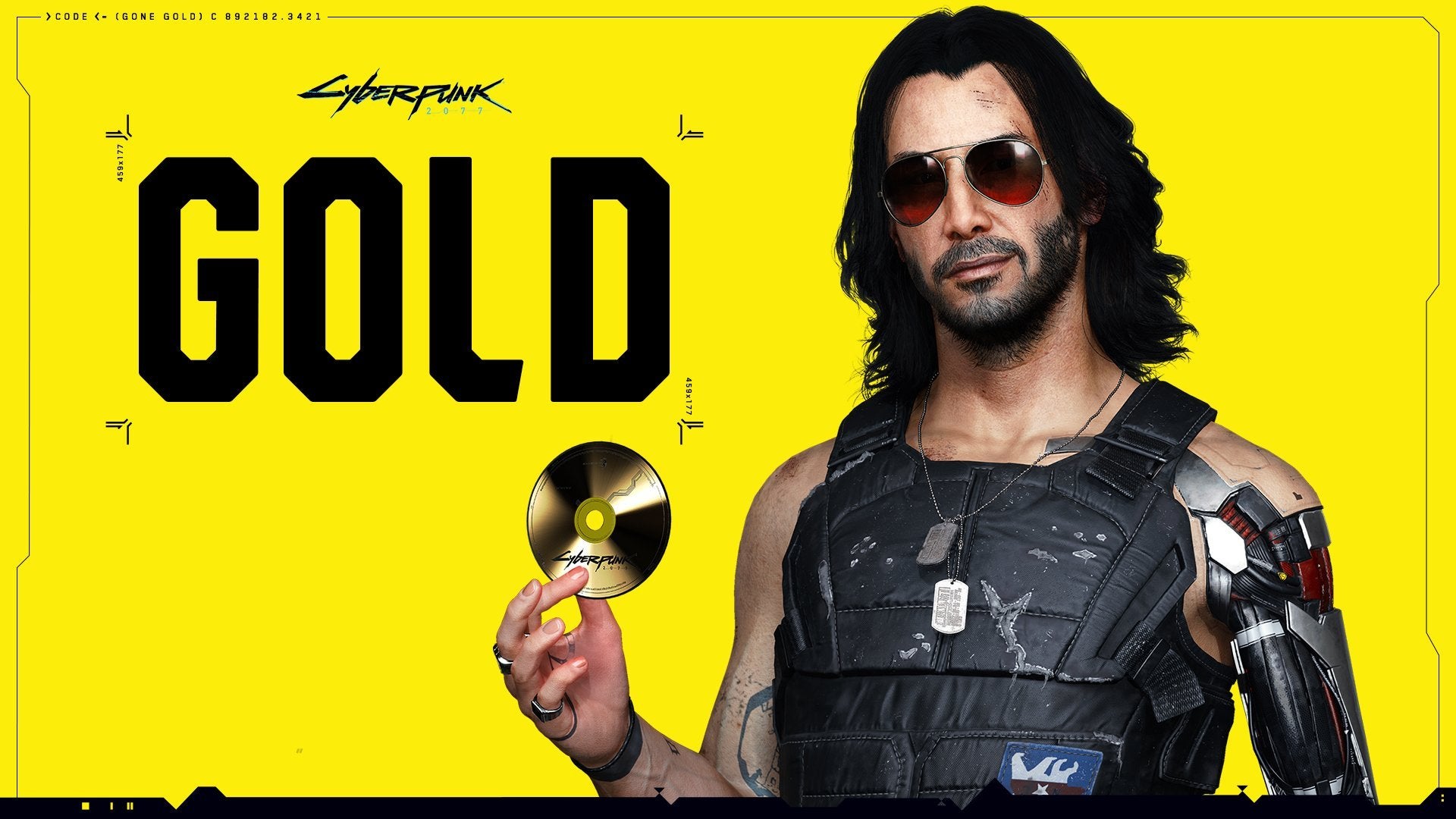 CD Projekt Red has announced that Cyberpunk 2077 has officially gone gold ahead of its November 19 release.Going gold is the term given for when the release version of a game is complete, and is traditionally shown off with a disc the entire game can be played from. Production of physical copies of Cyberpunk 2077 can now begin with this version of the game.

See you in Night City on November 19th! pic.twitter.com/s6U266Y1fp

This doesn’t mean development on Cyberpunk 2077 will be complete. Quite apart from its paid expansions, free DLC, and multiplayer mode – all arriving after release – almost all games now ship with a Day One patch, providing further bugfixes for the release version of the game.

That extra work has, controversially, meant that CD Projekt Red has instituted mandatory weekend work for its employees after the company pledged to avoid crunch conditions on Cyberpunk. Last week, studio head Adam Badowski responded to criticism of the move, saying that it was “one of the hardest decisions I’ve had to make”, but noting that Cyberpunk 2077’s developers will be “well compensated for every extra hour they put in.”Cyberpunk 2077 has taken a long road to release, with the company making clear that it would hit the November 19 release date after seeing delays in January and June of this year.

The news comes alongside a less official release, after the full Night City map (presumably in the form of bonus physical edition content) seemingly leaked online.

We’ve played four hours of the game so far, saying that “Cyberpunk 2077 feels like the spiritual successor to Warren Spector’s legendary original, Hall-of-Fame-inducted Deus Ex, and I cannot personally pay it a higher compliment than that. It just might somehow live up to the years of hype.”

Engelbert Humerpdinck, 85, bravely waves to followers as he bids farewell to his spouse at her funeral