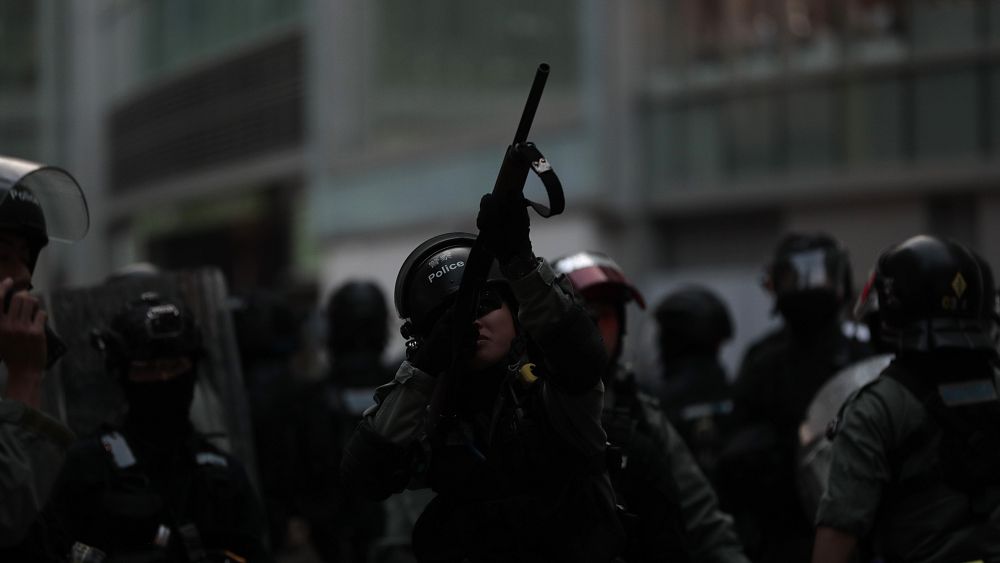 A Czech weapons dealer has denied media reports it has sold arms to police in Hong Kong despite an international embargo.

Reports in Hong Kong media had claimed that Hong Kong”s police force was hoping to be supplied with up to 1,000 submachine guns from Česká Zbrojovka (CV).

But the company has firmly stated that the reports are false and it has never done any business with Hong Kong security forces.

“Česká Zbrojovka has neither offered nor sold any of its products to the Hong Kong Police,” a spokesperson told Euronews.

“The export of the group, including its subsidiary Česká Zbrojovka, is strictly governed by Czech and EU export-related rules and regulations, including the restrictions on the export of military materiel to Hong Kong.”

CV said that the rumours had severely damaged the company’s reputation, especially given their compliance with EU export rules.

In July, the European Union has issued a message of solidarity with demonstrations in Hong Kong against the controversial National Security Law.

Critics say the law is being used to crack down on dissent, but Hong Kong’s authorities maintain it is necessary to prevent foreign interference.

The EU, UK, and the US all announced a series of sanctions on Hong Kong after the law was introduced in June.

This included a ban on international exports of any equipment or technology that could be used by security forces in Hong Kong for “internal repression”.

“The conclusions restate the EU’s support for Hong Kong’s high degree of autonomy under the ‘One Country, Two Systems’ principle, and its solidarity with the people of Hong Kong,” the EU said in a statement.

Czech authorities have also stated that the country has made no distinction between China and Hong Kong in terms of arms exports, and is respecting the current international embargo.

Hong Kong’s media has since published a correction of the story, including the statement by Česká Zbrojovka, but the original false reports have been shared by organisations in the Czech Republic, and internationally.

Earlier this month, CV signed a deal to purchase American gun maker Colt, which has supplied the armed forces in the US and abroad.

The deal worth $220 million (€181 million) is subject to approval by regulators and is expected to be completed in the second quarter of 2021.

The Czech company has some 1,650 workers in the Czech Republic, United States, and Germany.