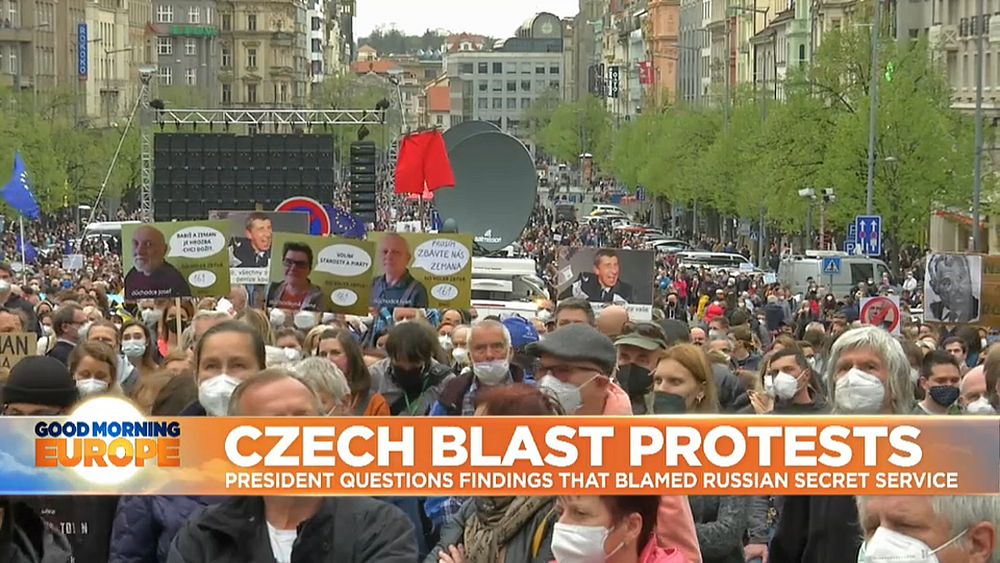 At least ten thousand people congregated in the Czech capital, Prague, on Thursday after the country”s president appeared to cast doubt on Russia’s responsibility for a 2014 explosion that killed two.

President Milos Zeman said that the Russian secret service may not have been solely responsible for the explosion, warning against “hysteria” and urging calm until the results of an official investigation.

It follows an earlier investigation that said there mistakes were made by explosives handlers.

Protesters have accused Zeman of collaboration with Moscow amid a furious diplomatic row that has seen both the Czech and Russian governments expel dozens of each other’s diplomats.

Benjamin Roll, leader of the Million Moment for Democracy movement, said: “First there was his silence and then his address where he copied the line of Russian propaganda and pro-Russian disinformation, challenging Czech security services, seeding distrust. This is scandalous.”

“It looks like he carries out their tasks,” he said.