Dachshunds should no longer be bred with exaggerated features to ‘look cute’, Kennel Club has said


Dachshunds should no longer be bred with exaggerated features to ‘look cute’, new guidance states.

The Kennel Club has confirmed it is changing its advice to ensure dachshunds must be in proportion with suitable ‘ground clearance’.

Also known as the sausage dog, the breed has seen a ‘huge increase’ in popularity in recent years among advertisers and celebrities, the organisation said.

Celebrities who own dachshunds include singer Adele who describes her pet Louie as the love of her life and Game of Thrones actor Emilia Clarke who regularly shares snaps of her dachshund Ted with her fans on social media. 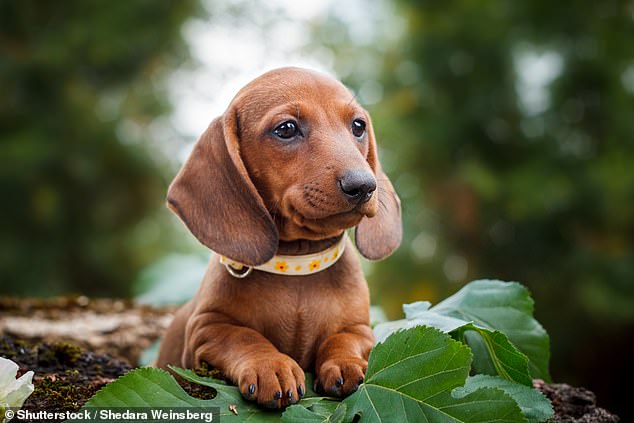 Dachshunds should no longer be bred with exaggerated features to ‘look cute’, new guidance from the Kennel Club states as the regulator points to a boost in popularity for the breed 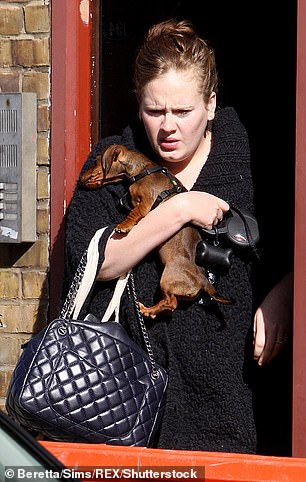 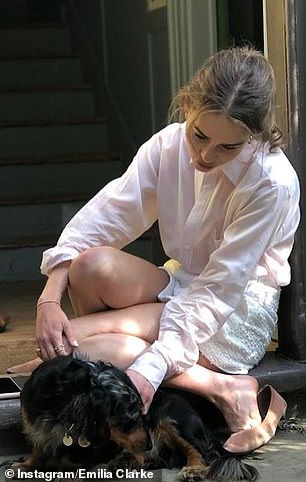 The Kennel Club described the dachshund as the ‘breed of choice’ for celebrities which includes singer Adele (pictured, left, with Louie) and Emilia Clarke (pictured right with Ted)

The guidance also insists is is ‘essential that functional build, size and proportions ensure working ability’.

A spokeswoman said: ‘Dogs with over-exaggerated physical features are one of The Kennel Club’s biggest priorities and all breed standards, which are a detailed guide to breeders and judges to what a breed of dog should look like, are regularly reviewed.

‘These reviews take place by looking at ongoing breed specific health information and are explicit that any physical exaggerations should be avoided.

‘Dachshunds have been impacted by a huge increase in popularity over recent years, largely due to them being the breed of choice for advertisers, on social media and with celebrities.

‘This has meant that certain exaggerated examples of the breed that may be perceived to look ‘cute’, can gradually become seen as normal and desirable, when in fact it could mean that they are more predisposed to back pain and disc disease.

‘These small but important changes have been made to the Dachshund breed standard with the aim to ensure they cannot be misinterpreted and that any dogs within the Kennel Club’s sphere of influence are being bred with their health and welfare as the absolute priority.’ 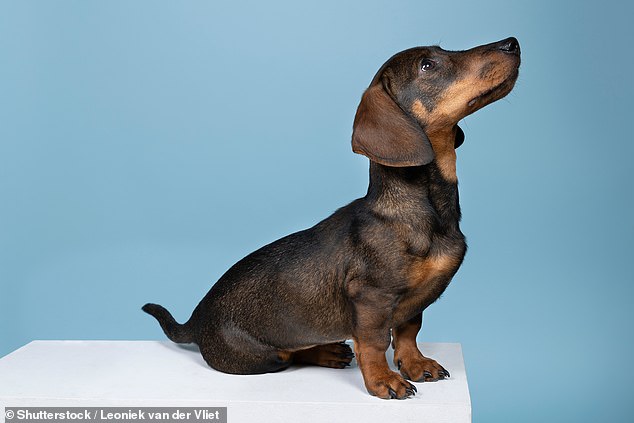 Due to the body shape, dachshunds are at risk of serious spinal problems, studies have shown

It suggests the breed should be ‘moderately long in proportion to height’ with ‘enough ground clearance, not less than one quarter of the height at the withers [shoulders] to allow free movement’, the Sunday Times has reported.

The Kennel Club spokeswoman added: ‘While some dachshund varieties have become increasingly popular, our advice is the same when considering buying any puppy.

‘Potential owners should do their research and find a good breeder who places health and welfare at the top of their agenda, is aware of any health concerns and uses the relevant tools and health schemes to breed the healthiest puppies.’

A previous study carried out by the Royal Veterinary College found that dogs with longer backs relative to their legs are more prone to painful and debilitating slipped discs.

The study, which looked at 700 dogs, revealed that very long Miniature Dachshunds, whose backs are two-thirds longer than their shoulder height, have double the risk of slipping a disc by the time they reach five years old, compared with the shortest individuals of the same breed.

While having a long body in proportion to leg length was deemed the major cause, having a small body and being overweight was also found to be a contributing factor. 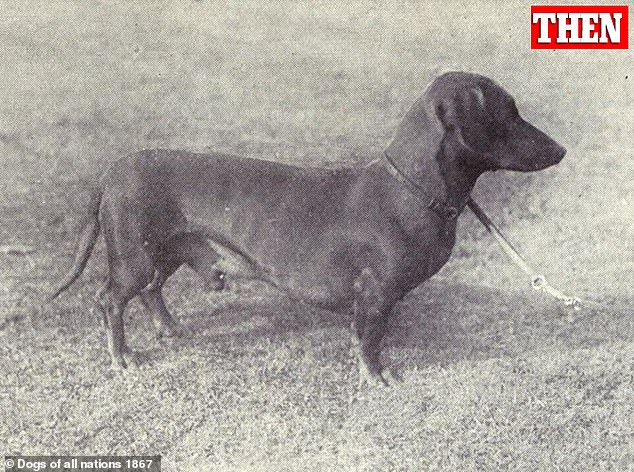 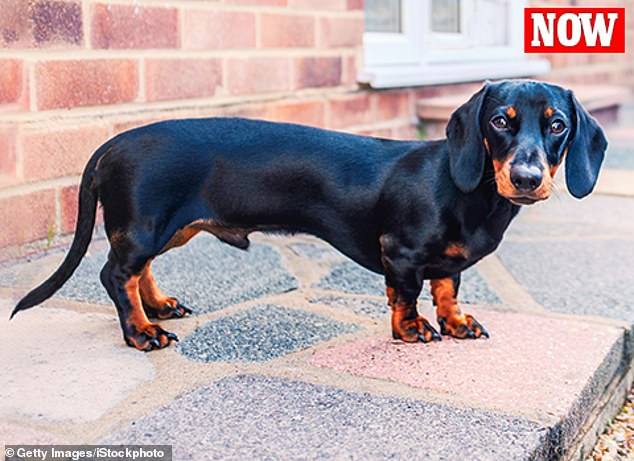 In a warning to owners and breeders issued last year, the British Veterinary Association also said that the breed was at risk of serious spinal and neurological issues which usually require surgery to fix.

The BVA said these problems may not be immediately obvious, but often cause them life-long discomfort and may need costly treatment.

It said research shows that the risk of IVDD in dachshunds is 10-12 times higher than other dog breeds, with at least one-fifth of all dachshunds showing clinical signs in their life.

Ian Seath, the chairman of the Dachshund Breed Council, told the Sunday Times the changes would be of ‘little significance’ to most owners but were important for breeders, exhibitors and dog show judges.

He added: ‘They are intended to help protect the future of the breed by keeping it in a form that can continue to be fit and active.’

According to the Kennel Club, the dachshund is the product of German breeding and was produced to go to ground and flush out badgers and rabbits.

Because of their body shape, they are often referred to as sausage dogs.

5 tips to save money when buying school supplies.. "First make a list and buy wholesale"

Aubameyang: The Gabon national team is ready for the Egypt match... and I will face Salah for the first time