A resident of Sydney’s posh northern suburbs had the fright of his life when he went to the sink to find a spider best described as Aragog from Harry Potter.

The Mosman father kept his cool when confronted by the fat hairy arachnid perched on his sink plug.

‘Any thoughts on what this cute and chunky one is?’ He asked a Mosman residents’ group on Facebook. 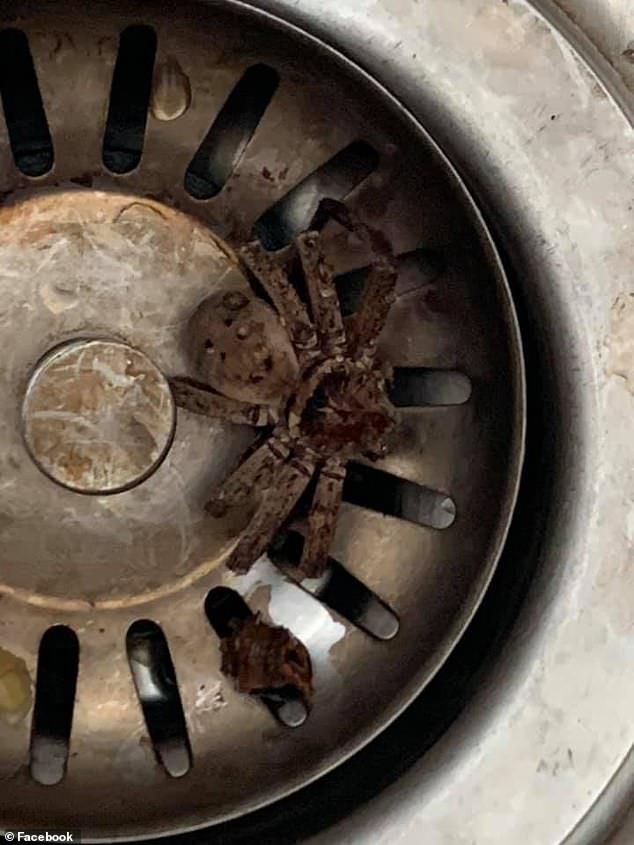 A torrent of horrified replies soon emerged below the photo.

‘Burn the house down,’ wrote one man, while another simply put up a picture of a blazing inferno.

‘It’s sell your house faster than lightning and run for the hills,’ wrote another man.

Two people suggested eating the eight-legged animal while another suggested keeping it as a pet.

The debate soon turned to what kind of spider it could be.

Suggestions included a huntsman, a trap door spider and a ‘Peruvian zumba wriggler’, which is not a real spider.

The spider-most-likely was eventually concluded to be a wolf spider, a benign species that is not dangerous to humans.

Wolf spiders are common throughout Australia. They live on the ground in leaf litter and in burrows, and are often found on lawns and in gardens, the Australian Museum says on its website.

They are named wolf spiders as they run down prey such as crickets, cockroaches, other spiders, ants and grasshoppers before devouring them.

Some wolf spiders wander about while others build burrows for themselves. 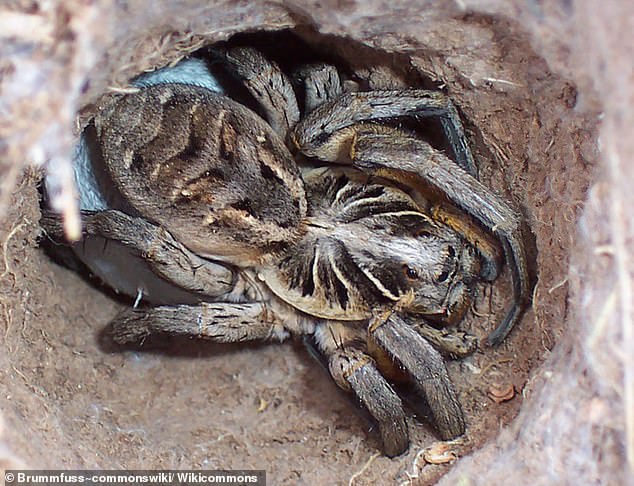 Wolf spiders such as this (stock image) are common in Australia and sometimes dig burrows to live in. Despite their scary looks they are considered harmless and good for the environment

Some industrious and skillful wolf spiders will drag twigs to form a palisade or vertical wall around the top of their burrow.

The spider varies in size and colour and boasts three rows of eight eyes.

The smaller eyes are at the front while the four largest are on the head in the shape of a square.

They can also live up to two years.

The bite of a wolf spider is not poisonous but may cause local pain or itchiness. In rare cases, swelling, dizziness, rapid pulse or nausea may follow and anyone suffering these symptoms should seek medical attention.

ASK TONY: Why is Tesco charging me for a phone stolen five years ago?