Daddy’s at the wheel and it may get a little bumpy! Boris Johnson takes son to Peppa Pig World


Hold tight Wilf – Daddy’s at the wheel and it may get a little bumpy! Boris Johnson and wife Carrie take their son, one, on trip to Peppa Pig World

He was clearly enjoying being in the driving seat although Boris Johnson really should have had two hands on the wheel.

It was all child’s play, however, as he was sitting with son Wilf in a miniature car on a day out at Peppa Pig World on Sunday.

The Prime Minister’s wife Carrie was also on the trip which may have helped inspire yesterday’s speech to the CBI when he hailed the cartoon character and talked of his visit to the New Forest attraction. 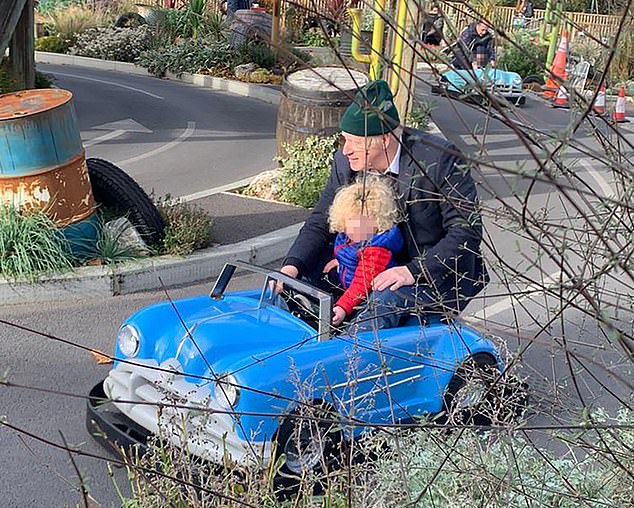 Prime Minister Boris Johnson, pictured with son Wilfred, one, at Pepper Pig World the day before his speech to the CBI

Wilf, one, was wrapped up warmly in a blue and red padded coat with dinosaur embroidered trousers.

The family was also seen having fun on the Grampy Rabbit’s Sailing Club boat ride. 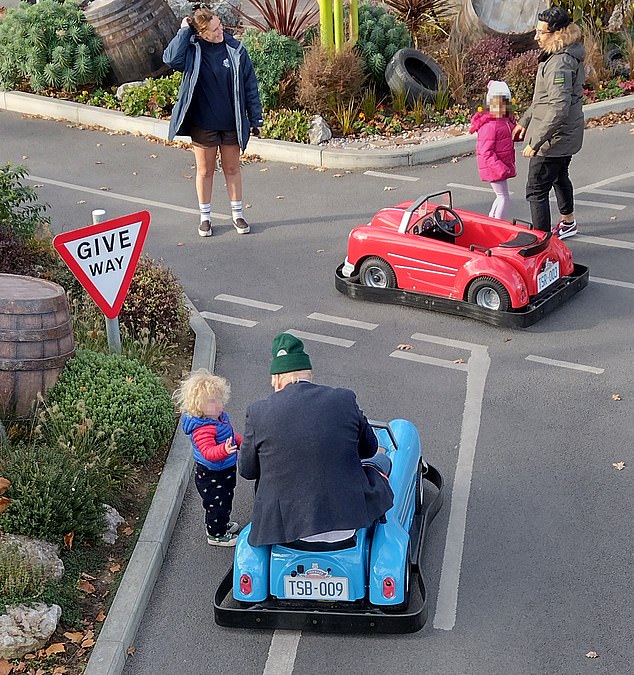 Wilf, one, was wrapped up warmly in a blue and red padded coat with dinosaur embroidered trousers as he played with his father

An onlooker told The Sun that Mr Johnson had ‘made a joke about how slow the ride was’ and ‘seemed in good spirits’.

George Bell, 30, was out on a family day trip of his own to the theme park when he also spotted Boris waiting to go on the same ride.

Mr Bell said: ‘I first spotted him when he was queuing ahead of me. He briefly said “hi, how are you?”

‘Then on the water ride itself, my carriage bumped into his. He remarked the ride was awfully slow.’

The PM and his wife, who married earlier this year at Westminster Cathedral, are expecting their second child together in December.

Their first son together, Wilfred, was born in April 2020 and sports the same characteristic mop of blonde locks as his father.

Kyle Rittenhouse assures that he is not a racist person | International

El Salvador: US announces “a pause” in relations with the Government of Nayib Bukele | International

El Salvador: US announces "a pause" in relations with the Government of Nayib Bukele | International