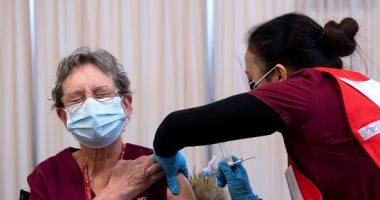 The Russian health authorities announced that they had recorded 72 new deaths from the Coronavirus in Moscow, compared to 75 cases monitored in the capital’s data yesterday, and the Special Operations Center for Coronavirus Control in Moscow stated that the number of deaths in the city during the past 24 hours reached 72 cases, bringing the total toll. The victims of the pandemic reached 11,136 people, compared to 11,064 in the previous statistic, according to Russia Today.

Moscow is witnessing a relatively stable Corona virus death index on a daily basis, as the city had previously recorded 77 cases on December 25, on December 26, 73, on December 27, 76, and on December 28, 75, and this rate remains at a level above 70 cases over the course of More than 1.5 months.

Moscow is the largest epicenter of the Corona virus outbreak in Russia, as the city has so far recorded 798098 confirmed infections, including 615,396 recoveries, and for weeks the city has been witnessing new increases in the infection index, which reached 5641 in Tuesday’s statistic.

This comes while Russia in general faces with the entry of the season of “winter diseases” a significant increase in the indicators of the spread of the virus, and the health authorities announced in today’s data that they recorded 27,002 injuries with 562 deaths, and it is expected that the country will witness a gradual decline of these indicators after the authorities’ release. On December 10, a mass vaccination campaign against the emerging corona virus infection “Covid-19”.

Experts: The Corona epidemic in France may get out of control after the holidays

Protests have erupted in the Xinjiang region of China from stringent COVID-19 lockdowns.  Ten persons died in an condominium fire on Friday. Locals alleged the hearth brigade was...

Camilla scraps position of lady-in-waiting at Buckingham Palace: 'Unfussy' Queen consort brings an end to a centuries-old tradition, but will retain six 'Queen's Companions'Ladies-in-waiting combined the roles of...