Appearing on Sunday’s episode of Piers Morgan‘s Life Stories, the 88-year-old actress discussed their feud, stating he always had to be ‘front and centre’ and was paid far more than her.

Joan played Alexis Colby in the hit series, while John – who died in 2010 aged 92 – played her ex-husband Blake Carrington. 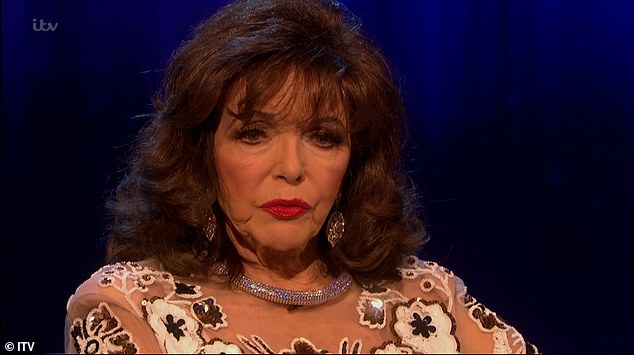 The soap opera, that aired on ABC from 1981 to 1989 followed the pair’s toxic dynmaic after Blake remarried Krystle Carrington, played by Linda Evans.

During the interview, Joan revealed that she had to campaign to have a higher wage herself, as John always ‘had to get paid $5000 more and be front and centre in the publicity.’

‘He also had it in his contract that he always had to have $5,000 an episode more than anybody else in the cast, and that in any publicity that went out about the show, he always had to be front and centre.

‘They were so misogynistic they allowed this to happen’. 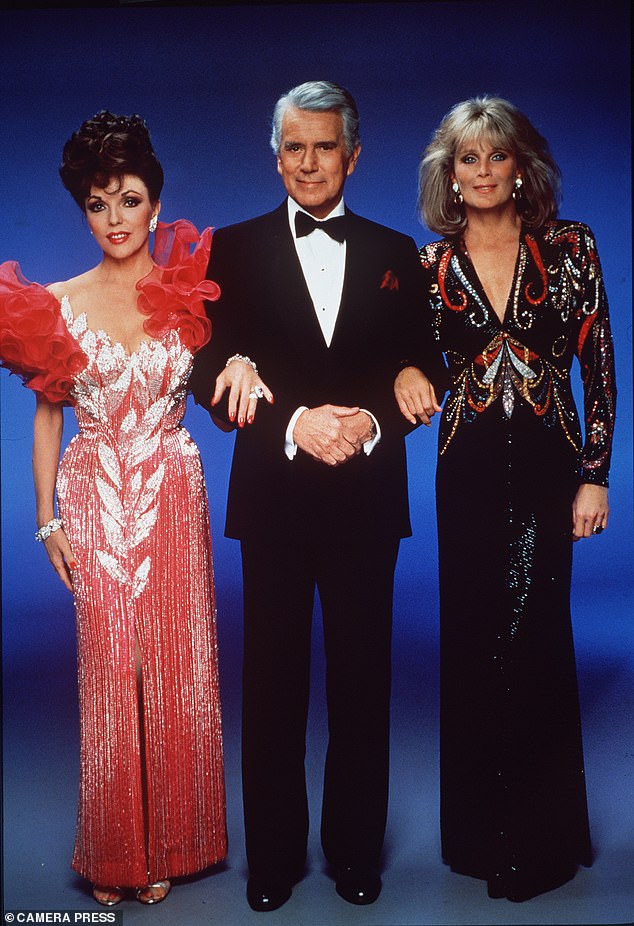 ‘However that came with a caveat that they’d only put me in half the episodes as couldn’t afford to pay me.’

Joan then added: ‘In lockdown I started watching old Dynasty episodes, and I was impressed by myself… quite frankly I think I should have got more [money].’

Dame Joan also recalled the advice given to her by Marilyn Monroe upon her arrival in Hollywood as a young woman.

She told Piers: ‘She said: ‘Beware of the wolves in Hollywood honey, because if they don’t get what they want they will cancel your contract.’

In 2019 Joan revealed the true extent of the ‘resentment’ behind-the-scenes of Dynasty, opening up to Attitude magazine like never before.

‘I’ve been asked this question a million times, and when I was doing it, I would poo-poo it. I’d say, “Oh, no, no!” But yes. There was [a lot of resentment]. And now I know there was because many people have come back to me who were around at that time and said, “They bloody hated you, Joan!” 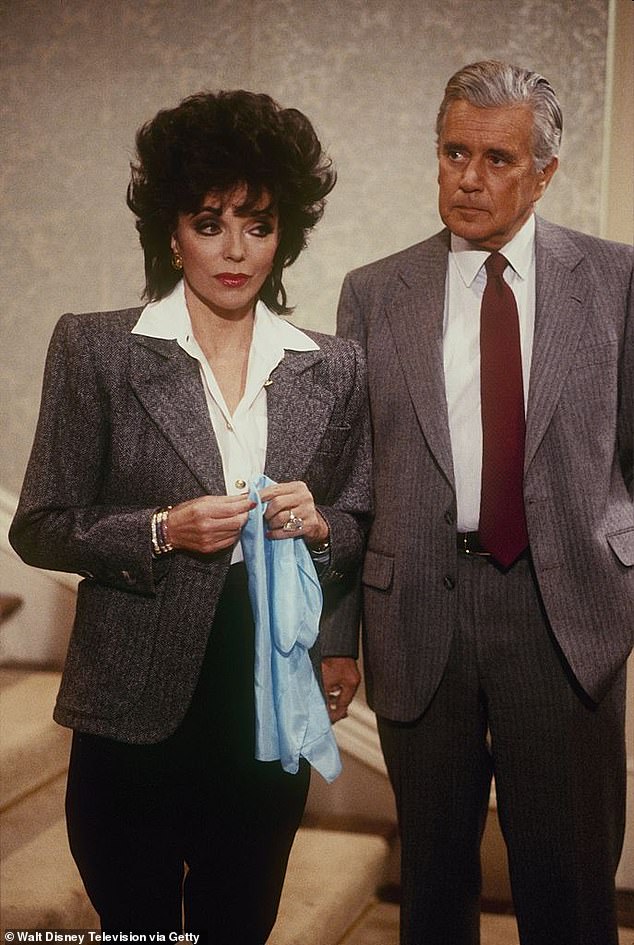 Bitter: During the interview, Joan revealed that she had to campaign to have a higher wage herself, as John always ‘had to get paid $5000 more and be front and centre in the publicity’

‘First of all, the fact that I was English, some didn’t like that. This English woman comes in and saves the show. This is what the media said, because the show was about to be cancelled.

‘Even now, when we get together for Dynasty reunions as we did a few years ago, I see an antipathy towards me.’

Of the men she worked with, Joan went on: ‘Also, if you look at some of the things that John Forsythe, Gordon Thompson [Adam Carrington], and even Michael Nader [Dex] said about me in interviews, they were not nice.

‘I have never said anything about it before, but now the time has come. Let’s call a spade a spade.

‘The first scene I did, which was me sitting in the defendant’s box in court, being interviewed by a fabulous actor called Brian Dennehy, and staring at the whole cast who were looking at me. I looked at them and I saw their dislike.

‘I saw, sitting in the audience, John Forsythe as Blake, Linda as Krystle, Pamela Sue Martin as Fallon. Then John James, he was playing Jeff Colby, who I felt an affinity with. He was the only one who gave me the vibe of, “I like you, Joan,” because I felt that the others didn’t.

‘There wasn’t a lot of love lost between [many of] us, particularly John, who played Blake. I don’t know if you’ve seen any of the DVDs of Dynasty – John had to have his picture twice as big as anybody else, even though Linda and I were important.

‘He couldn’t bear that. He had to have more lines than anybody.’ 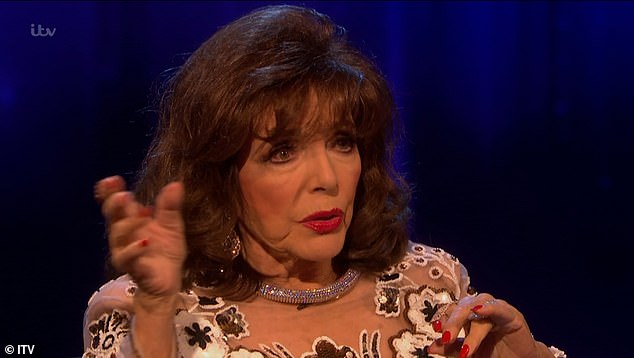 Joan added: ‘In lockdown I started watching old Dynasty episodes, and I was impressed by myself… quite frankly I think I should have got more [money].’

She also revealed in a chat with Jonathan Ross prior to this that she had to fight for a balanced pay.

‘I finally managed it, because I became quite popular on the show,’ she said in 2017.

Dynasty is still on the air, after it was rebooted in 2017. Joan, however, does not feature.

The character of Alexis does appear – but has thus far been portrayed by three different actresses across the four existing seasons. 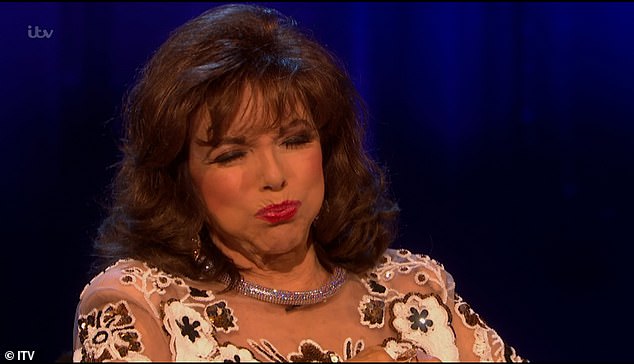 Beware: Dame Joan recalled the advice given to her by Marilyn Monroe upon her arrival in Hollywood as a young woman, to be aware of the ‘wolves’ in the industry