Damien Bendall appears in court charged with rape of girl, 11, and four counts of murder


A man has appeared in court charged with the murders of a mother and three children where a judge ordered him to undergo a brain scan to test for seizures.

Appearing in court this morning, Damien Bendall, 31, is accused of the rape and murder of 11-year-old Lacey Bennett.

He is also accused of killing her brother John Paul Bennett, 13, their mother Terri Harris, 35, and Lacey’s friend Connie Gent, 11.

The charges come after four bodies were discovered at a house in Killamarsh, near Sheffield, South Yorkshire, on September 19.

On Tuesday, Bendall was produced in person at Derby Crown Court where he was not required to enter any pleas to the charges.

The hearing was adjourned after it emerged the court was still awaiting the results of an MRI scan which took place on December 6.

Bendal, of Killamarsh, spoke only to confirm his name during the ten-minute hearing.

Judge Shant said: ‘I am very disappointed in the lack of progress in this case. I will direct the prison the results of MRI scan by 4pm tomorrow.’ 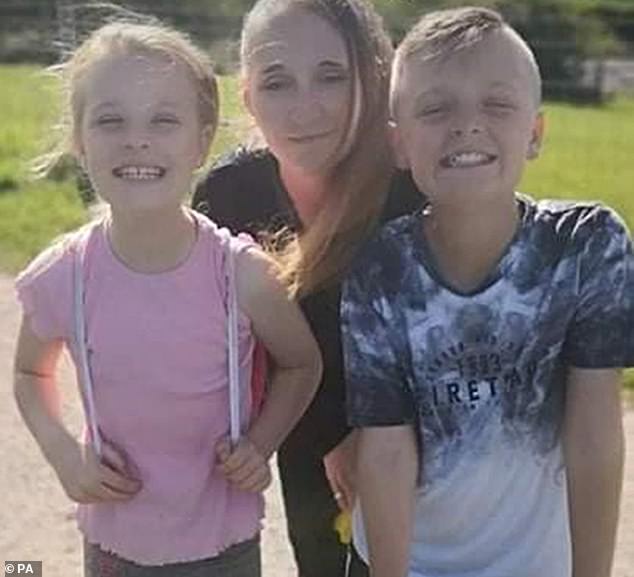 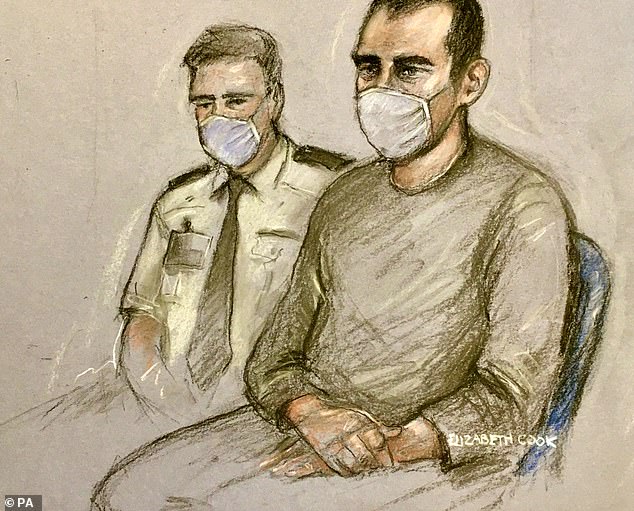 Pictured: Damien Bendall – the boyfriend of Terri Harris – has been charged with the rape of Lacey and all four murders and he has been remanded in custody ahead of a trial in March 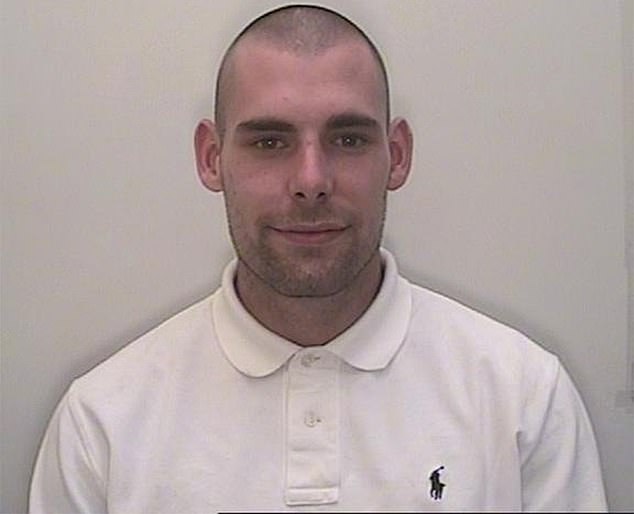 Pictured: Damien Bendall has been remanded and is due to stand trial in March this year

Appearing at Derby Crown Court this morning, Bendal, of Killamarsh, spoke only to confirm his name during the ten-minute hearing.

Wearing a grey sweatshirt, blue jeans and a white face mask, the defendant was surrounded by five dock officers during the short hearing.

He was not asked to enter pleas to the charges and was remanded back into custody by Judge Nirmal Shant QC until his next appearance on January 18.

The defendant is due to stand trial on March 1 this year.

In the wake of their deaths, Jason Bennett – the father of Lacey and John Paul – said he had been left ‘devastated’ by the loss. 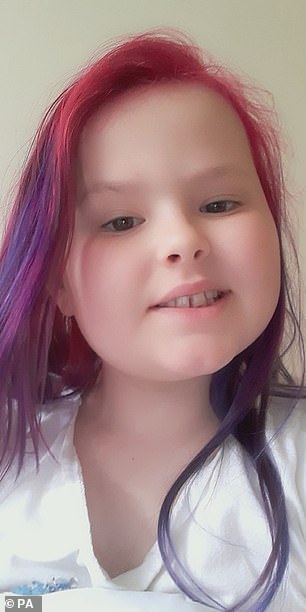 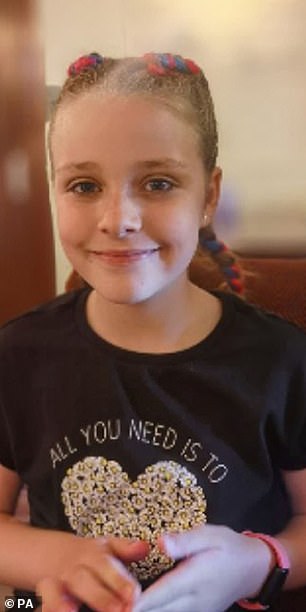 Pictured: Connie Gent, 11, (left) was at a sleepover at the home in Killamarsh where she was found dead alongside friend Lacey (right), John and their mother Terri Harris last September

In a statement, he added: ‘I’ve been left broken. I’m devastated. John and Lacey came into our lives and brought so much love and happiness and were adored by myself and their big sisters, forever loved and remembered.

‘We would also like to thank everyone for their loving support and our thoughts go out to everyone affected by the tragic loss of four precious lives.’

Ms Harris’s parents, Angela Smith and Lawrence Harris, described Terri as ‘an amazing mum’ who ‘put herself out not just for her family and friends but anyone who needed her help’.

They added: ‘She absolutely loved her work as a care worker and would go above and beyond for the people she cared for. 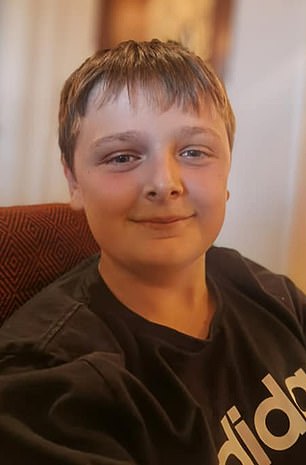 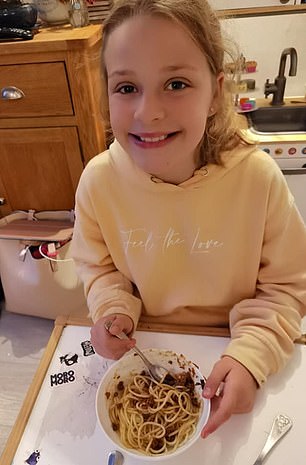 Lacey Bennett (right), 11, and her 13-year-old brother John Paul (left) were both found dead alongside the bodies of their mother Terri Harris and their best friend 11-year-old Connie Gent 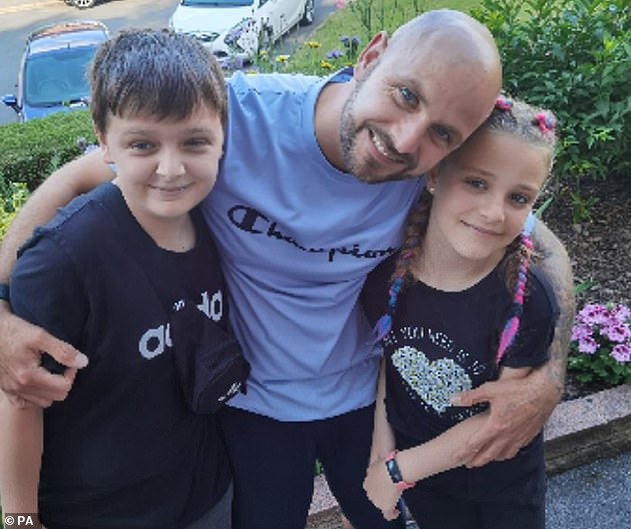 Pictured: Jason Bennett with his children John Paul and Lacey who have both been killed

‘She will be missed more than any words can ever express, not only by her family but by anyone who had the privilege to have been in her life.’

Connie’s father Charles Gent said: ‘The pain is indescribable. I wake up every morning hoping this has all been a terrible nightmare, but it’s not. It’s the unbearable reality that my little girl has gone.

‘Connie was an absolute superstar in every way. She had a gift – if someone was down she could instantly make them feel okay.

‘She lit up every room she went in and meant something to everyone she came across, even in hard times. Connie had the ability to keep everyone smiling.

‘Fly safe my angel. They came for you and left me behind. I could never say goodbye, so I’ll see you soon. I love you more than you can possibly imagine forever and always.’

Customer service in Egypt .. the government seeks to promote the profession after employees fled from it | Economie

Should you buy Crypto.com Coin (CRO) after it joined the SBIP?

Should you buy Crypto.com Coin (CRO) after it joined the SBIP?