Dan Evans was involved in an angry confrontation on Wednesday night during a stormy first round French Open doubles match which saw tempers boil over.

A day which began with Serena Williams calling time on her season and withdrawing from the tournament ended with the 30 year-old Midlander furious at his opponents after winning the match.

Playing alongside partner Hubert Hurkacz against Brazilian Marcelo Demoliner and Dutchman Matwe Middelkoop, the trouble in the late night match flared in the deciding set over a question of whether a ball had hit Evans during a rally. 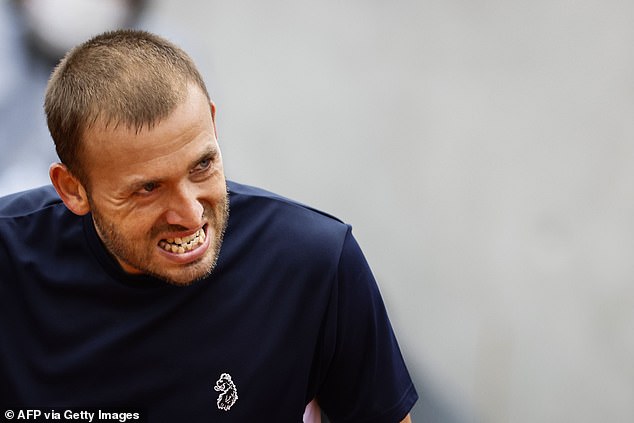 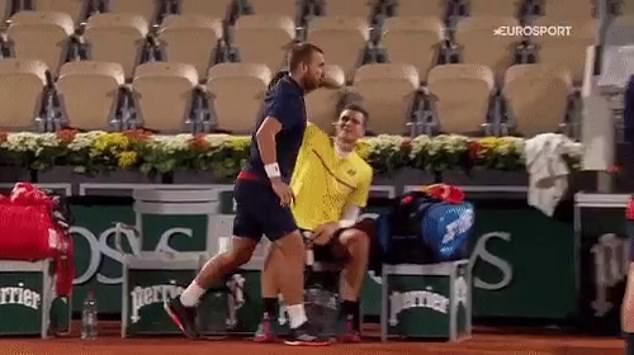 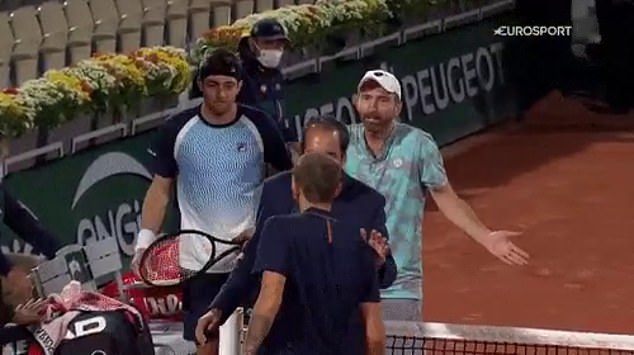 Name calling escalated during the changeover, leading Evans to storm towards his opponents 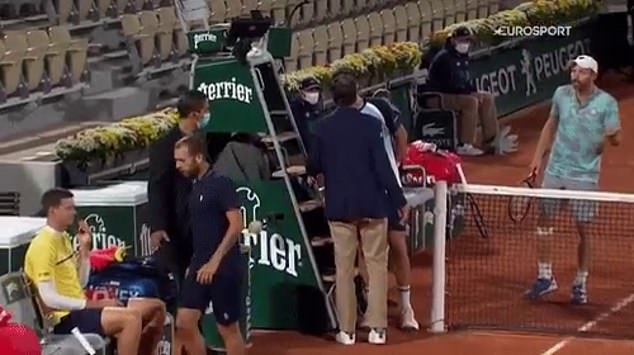 Name calling escalated during the changeover at 5-2, leading Evans to storm towards his opponents at the net, needing to be separated by French umpire Arnaud Gabas.

After the match, eventually won 7-6 3-6 7-5 by the Polish-British team, the GB singles number one said: ‘They accused me of the ball hitting me. I didn’t think the ball had hit me. Then he wouldn’t trust me on a call.. I would say I am pretty fair.

‘They were as good as calling me a cheat which is disgusting and I won’t let that go, and that’s why I told him. Some of these guys seem to be happy to give it out but don’t like it when it comes back their way.’

Asylum seekers could be processed on old ferries