DAN WOOTTON: Kate Middleton may have forgiven Harry but will William ever forgive Meghan Markle?

But there is a much harder to solve question still plaguing royal advisers: How to ever bridge the gap between Prince William and Meghan?

The level of bitterness and rancour between the Duke of Cambridge and Duchess of Sussex has, if anything, been underplayed, I understand.

Wills was angry about the behaviour of his sister-in-law for well over a year.

And that was before she sat down with Oprah Winfrey to attack his beloved wife and then accuse his flesh and blood of racism and uncaring behaviour towards someone with mental health issues. 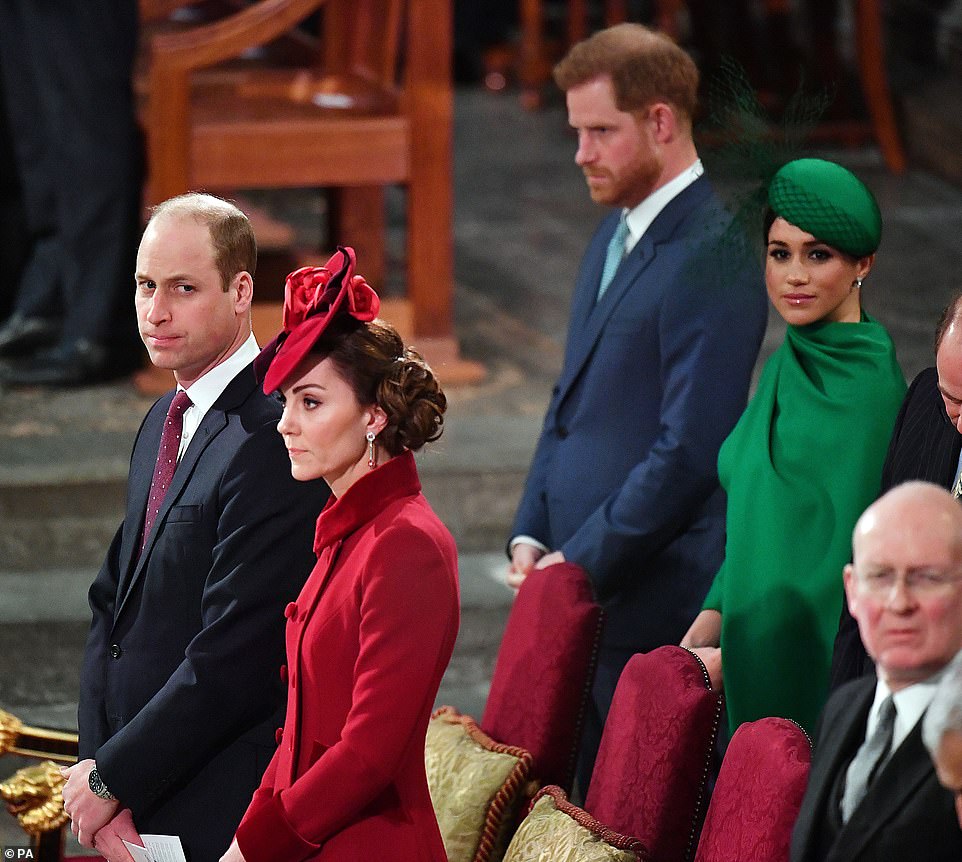 While William is acutely conscious of his responsibilities as a future king to try and keep the family together, those close to him believe he will struggle to ever forgive Meghan for the damage she has unleashed.

A senior royal insider tells me: ‘Much has been made of the troubles between Kate and Meghan, and William and Harry – but perhaps the biggest strains now exist between William and Meghan.

‘First and foremost, William cannot countenance the way Meghan has treated his wife. He feels Kate tried at the beginning, but it was never enough.

‘Kate attempted to try and help Meghan understand the responsibilities of royal life, but her efforts were constantly misinterpreted.

‘But to name Kate so publicly during the Oprah interview as the person who made her cry was beyond the pale. Meghan would have been acutely aware that Kate is powerless to fight back.

‘Despite her growing confidence in public, Kate is a deeply sensitive woman who likes to stay behind-the-scenes as much as possible to support her family and the country. William thinks the way she has been treated is unfair.’ 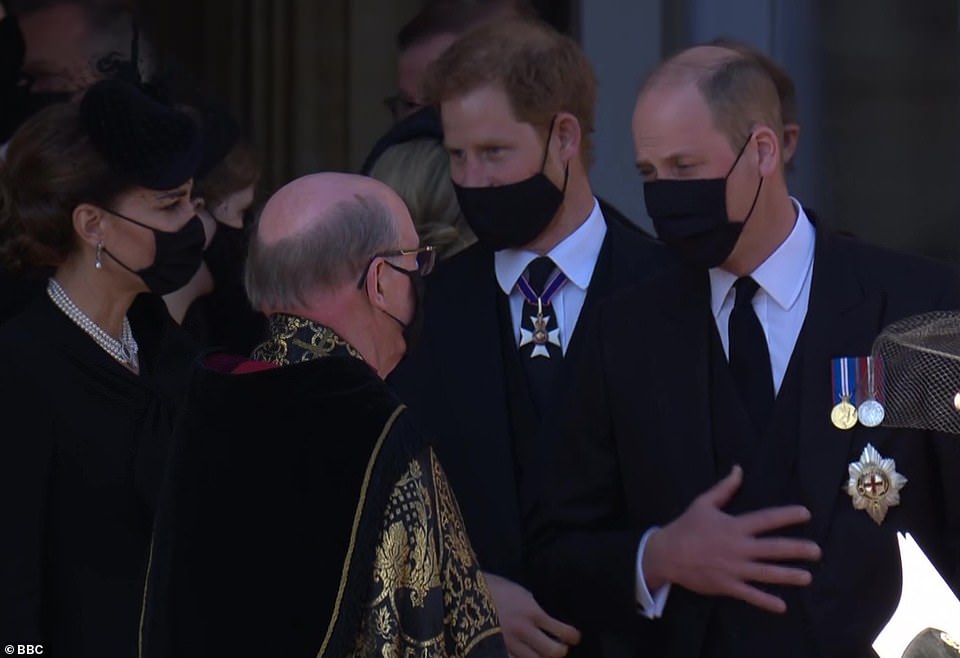 The truth is that William had doubts about the speed of Harry’s relationship from the beginning.

He infamously tried to encourage his brother to slow the pace of their courtship, which exacerbated tensions between them.

After Meghan entered the family officially, William began to question some of her motives.

Another senior royal source explains: ‘William soon began to wonder about some of Meghan’s traits and motivations.

‘He was worried that at times she seemed to be more concerned about her personal progression or profile over the wider goals and aims of the Royal Family.

‘But he largely kept any reservations to himself as he desperately wanted her to be happy and appreciated the huge adjustment of entering the Royal Family.

‘Following Megxit though, everything changed. He could no longer hide his true feelings because he felt like she had publicly attempted to disrespect his family and the Queen.’ 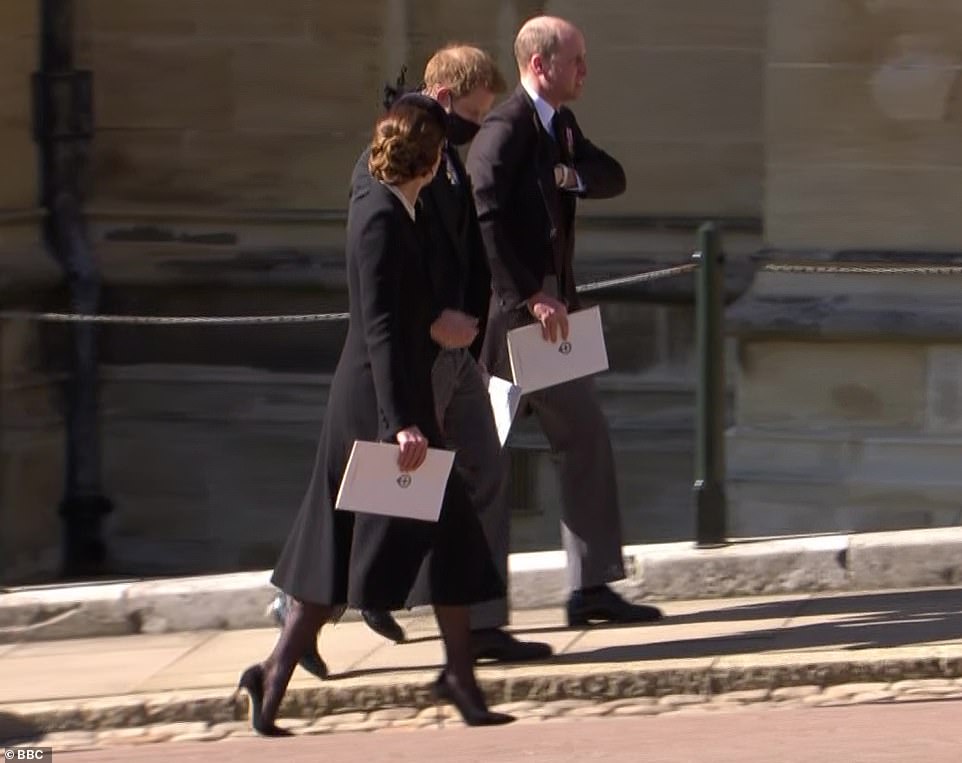 I’ve learned senior staff working for the Queen had shared with William their reservations about some of Meghan’s behaviour.

William is believed to have backed a decision – approved by the Queen – to ban Meghan from borrowing items in the Royal Collection, including tiaras and jewellery once worn by his mother Princess Diana.

Kate is also thought to have shared with William details of an awkward encounter with Meghan, which I first revealed in December 2018, where she warned her sister-in-law not to talk rudely to staff at Kensington Palace.

Kate told Meghan: ‘That’s unacceptable, they’re my staff and I speak to them.’

A source added: ‘Her and Kate fell out when she boll**ked Kate’s staff.’

I also first reported in November 2018 that the Queen had warned Harry over Meghan’s behaviour and attitude before their wedding following a row now known as Tiaragate.

So it’s fair to say that in the early days of Meghan’s time in the Royal Family it was not William who was expressing his displeasure.

But his anger and disappointment has come about largely because of the disloyal behaviour from the Sussexes following their decision to leave the Royal Family, especially giving the Oprah interview.

Some courtiers hope that William and Harry will now be forced into a positive dialogue as they prepare for what would have been their late mother’s 60th birthday on July 1, where they are due to publicly unveil a statue of Diana.

But it is unclear if Meghan, who is heavily pregnant with the couple’s second child, will be involved in those discussions and if she will consider making her first trip back to London since Megxit.

There are genuine concerns that she could be booed at an event attended by members of the public given her current unpopularity in the UK as a result of the Oprah interview.

All of those considerations are expected to make the conversations and negotiations fraught.

The Queen Mother never forgave Wallis Simpson for her role in the abdication crisis.

Some royal watchers are now questioning whether the relationship between Prince William and Meghan – also an American divorcee – could go in the same direction.