The boys of the krump Dakar are not bad boys. Although the stage and the props induce them to think about it. Although they tense their pure fiber in the most irate and cutting street dance. They have been left under a huge concrete bridge in the center of the city. Fluorescent light bathrooms alternate with shaded areas. The place is a bubble of stillness. An oasis of metropolitan coldness that isolates from the tides of bustle through which life often runs in the Senegalese capital.

The contrast is puzzling. Before and after the session, frank smiles abound. The young people show interest in the stranger and give him a warm welcome. They chat casually, joke around, encourage physical contact. Out of that trance that, decontextualized, would seem almost demonic, the boys of the krump of Dakar radiate pure teranga. Senegalese hospitality. Natural and sincere. Without artifice or chewed protocols.

Actually the krump it has never been incendiary, although it has been combative. It was born precisely as a furious channel for non-violent protest. The paradox arose at the beginning of the century in the Los Angeles ghettos, that South Central infested with brawling gangs, semi-automatic weapons and crack. Its creator, Tight Eyez, sent a message of hope – even a handhold to stay alive or not end up in prison – to the poorest black youth: park the AK-47 and express your frustration through dancing.

Its creator, Tight Eyez, sent a message of hope to the poorest black youth: park your AK-47 and express your frustration through dancing

The Californian baptized his invention as Kingdom Radically Uplifted Mighty Praise (expression with little grammatical logic, difficult to translate, something like mighty and radically elevated praise for the kingdom). He found an antidote to the cemeteries of the gangsta rap, which legitimizes (almost applauds) crime as a favorite lifestyle in the face of injustice. Since then, its followers have been stirring around the world like gandhis enraged.

The krumpeurs (derivation in French from the English acronym) of Dakar do not come, for the most part, from peripheral neighborhoods –suburbs– like Pikine or Rufisque. Many study at the university. Others are professional dancers, dedicated exclusively to this genre or who peck at the wide assortment of street and contemporary dance. Some have come from other countries attracted by the magnetism of the vibrant metropolis. “Dakar is the city in French-speaking Africa that receives the most foreign artists and organizes the most cultural events. Compared to other places, it also has an open mind that allows the artist to develop his talent “, says Christ Cortex, krumpeur Congolese and organizer of the Fest Art Tracks festival, held in the city in December 2021.

Cortex (the sources for this report appear under his stage name) explains how the digital divide has slowed the expansion of the krump in less prosperous neighborhoods: “To get hooked on new trends, you need a good internet connection, to be able to watch videos on YouTube, and on suburbs this has come very recently ”. Until recently, only the children of the middle class could follow the path traced by Salim and Dexter, pioneers of the Senegal scene. Both currently reside in France. They exemplify – despite the effervescence of Dakar – the flight of cultural talents in Africa.

Kid Deep appeals to the free flight of any artistic manifestation, beyond its original motivations. And it hints at the absurdity of that kind of inverted classism that some wield. As if only in the ghettos were issued credentials to dance krump. “We may not come from disadvantaged backgrounds, but each one has his story, his demands, something in a heart or in his head that he wants to express.” Slender and with a ghostly halo, Kid Deep’s dancing distills like electric restlessness. When he speaks – after a workshop he is part of the Fest Art Tracks – he seems to speak, with absolute calm, about the twists and turns of the human condition.

The krumpeurs Dakarianos do not suffer the reduction of vital opportunities that comes from a humble origin. Obviously, they also do not experience (south of the Sahara at least) the racial stigma that accompanies their African-American peers, very active during the Black Lives Matter movement. But they do breathe the thick air of implicit censorship and unspoken inhibitions that still lingers in Senegal. As a collective, they aspire to reduce the suffocation of conventions. “We seek to awaken consciences, that the youth face things they do not like, that they launch messages with their body that the mouth still cannot say”, explains Squad, who occupies, de facto, the void left by Salim and Dexter as the movement’s most prominent figure in Dakar.

With a consolidated democracy, Senegal is gradually expanding the real exercise of its formal rights. “The religious element [un 90% de la población profesa el Islam] it’s still heavy, ”says Cortex. The gaunt and arrogant steps of the krump they stretch the rope of freedom of expression. Oral and, above all, gestural. Almost no one goes that far, but many young people benefit from the progressive normalization of this and other irreverent art forms.

Like Madrid’s post-punk in Spain during the eighties, the krump in Dakar he is breaking down mental walls with a clean pick. “They call us exhibitionists, crazy …” Cortex continues. In 2013, an audiovisual piece signed by British director Christopher Michael Tew wanted to reflect the general perception of the krumpeur as insane. In it, Dexter runs and unbalanced through the streets of the capital. Its title, very explicit: The fool, the madman, in French. The significance of krump in the Senegalese cultural revolution it also contributes, according to Cortex, to understanding the extreme artist-person bipolarity. Unbridled fury when giving the play. And exquisite manners when the music stops. “We have the responsibility to present ourselves correctly, to give a good image,” he adds.

At the individual level, each krumpeur conveys your particular emotions. “Can be anything. The important thing is that it contains truth, an inner animation, a story to tell through dance ”, says Flame, from Ivorian. From its origins in Los Angeles, the krump it has always harbored a strong narrative component. When the dancer starts in brief interventions, he writes a micro-story with his body.

Since its origins in Los Angeles, the ‘krump’ has always harbored a strong narrative component. When the dancer starts in brief interventions, he writes a micro-story with his body

There are those who find in their sharp movements a way of self-exorcism. Guinean Boy Deep opts for the Wolof language (instead of French) for a confession that slowly turns over and seems to come from deep within: “I get angry easily and I don’t want to explode. For me it has a lot of therapeutic ”. Talkative and very sociable, no one would say that Squad tends, as he explains, to withdraw into himself. “This has allowed me to get closer to others and to let them get closer to me, I need it to feel that I am not alone.”

Ami, one of the few girls krumpeuses, he also appreciates the “group spirit, the solidarity character” of the scene in Dakar. And she shows surprise at the question of whether she suffers extra rejection for being a woman in a country where, despite the fight for equality gaining pace, a deep-rooted machismo persists. He limits himself to answering: “some associate the steps of the krump with masculinity ”, but that emotions do not understand gender. In another twist of the essence / appearance binomial, Kid Deep says that his dance normally speaks of “love”, which reconnects him with “the will to live” and “places him in the moment”.

Cortex thinks that the intense emotionality of the krump fits perfectly with the African idiosyncrasy. “Here we grow in dance, we live it in the street. So when we interrupt, something real comes out more easily than in the case, for example, of a Frenchman, for whom this search for truth is usually an exercise more intellectual than instinctive ”. The Afro connection on both sides of the Atlantic also helps. It is easy to find similarities between this style and traditional Senegalese dances such as the sabar. Danny Popping, founder of the Sama Street Vibe platform and one of the most recognized urban dancers in the country, understands that fusion is served: “Throughout Africa we mix the krump and other street styles with our tradition ”. This tireless cultural agitator explains that, in Nigeria, the symbiosis has given birth to a style of its own: the Afrobuck.

Certain Krumper passes seem rescued from the African night. “The chest pop [fuerte agitación del pecho] occurs in Ethiopia, in Togo … and the stamp [pisar el suelo con contundencia] it is observed in almost all countries, especially in ceremonial dances in which the spirits are called ”, says Cortex. Clear parallels that have given rise to all kinds of theories. Some argue that Tight Eyez was directly inspired by their ancestors. Cortex doubts it, but admits that, more than a coincidence, the similarities are born from a kind of transatlantic feedback, from a swing of influences that is not easy to trace. And it raises a question that takes us into the mysteries of motor unconsciousness: “Were those steps in Tight Eyez’s muscle memory, in his genetics?”

The Art Tracks Fest concludes with a krump battle. The appointment is at the Blaise Senghor Cultural Center, whose director, Aliou Kéba Badiane, receives in his office with a teranga more formal cut. Badiane is delighted to welcome the battery of proposals thrown at him by Popping, Cortex and other young promoters. More than a bitter battle of street bragging, the closing of the festival seems like a celebration of friendship long gone from voltage, a coven of brotherhood. Intimidation and embrace happily coexist in the warm Dakar evening.

To avoid the crisis in Ukraine, Washington announces its readiness to discuss arrangements with Russia regarding missiles and exercises | Politics news

PETER HITCHENS: If Tony Blair wants a gleaming gong, he can buy an Order of Lenin on the internet 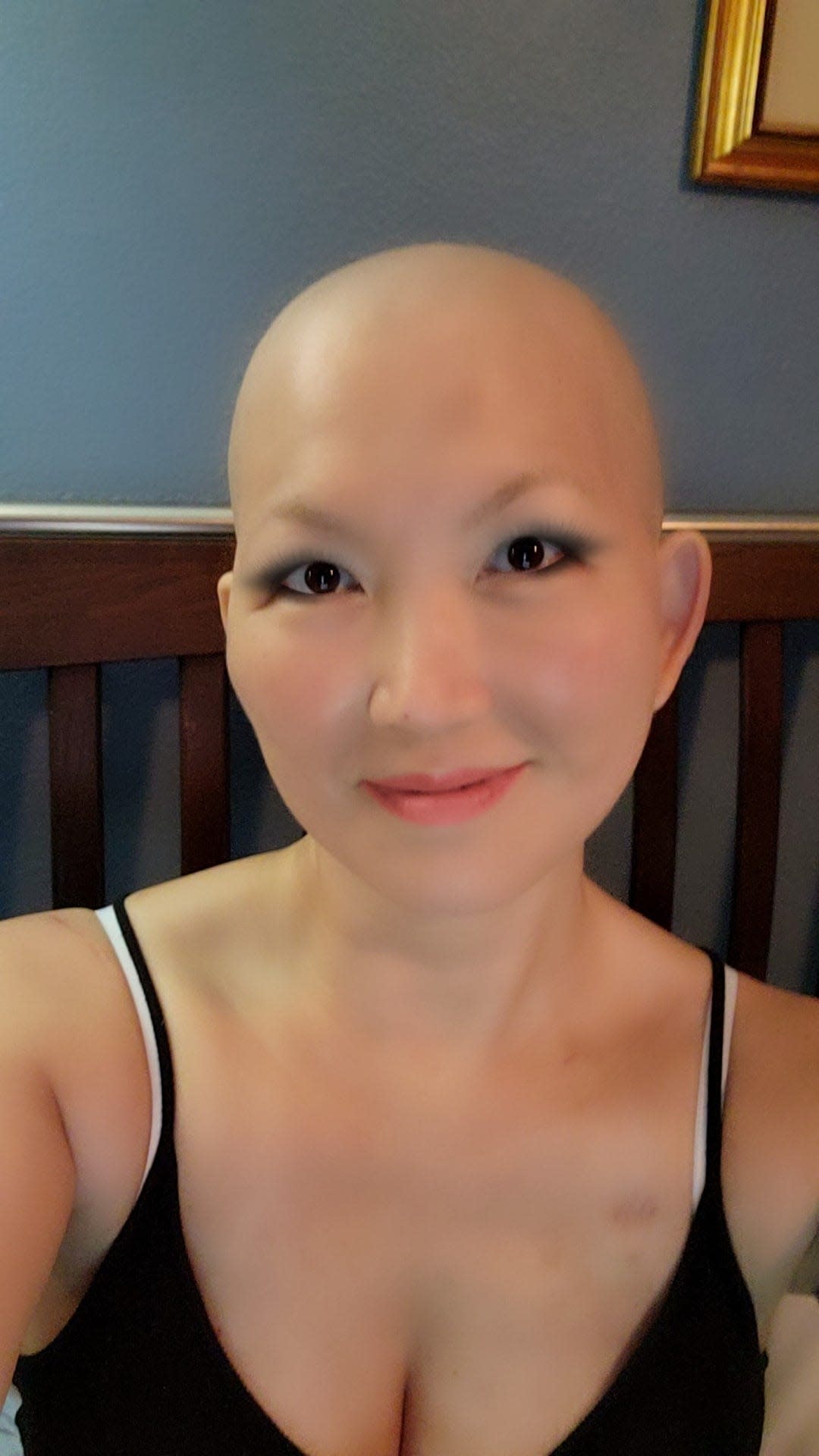 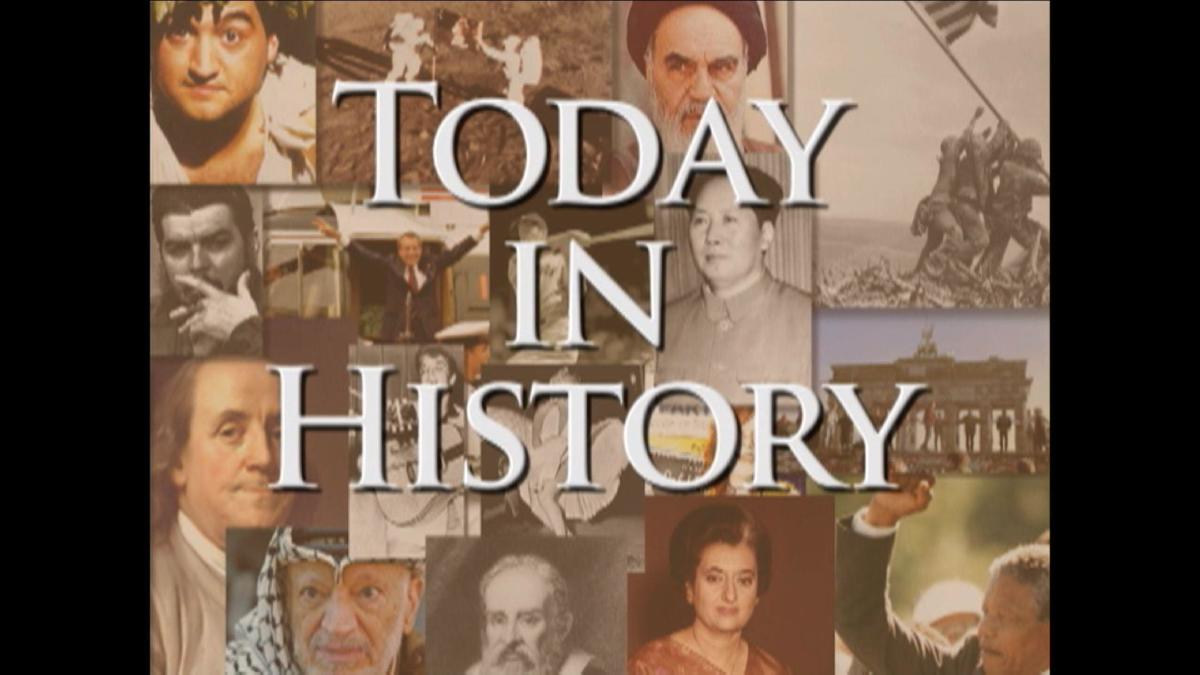 PETER HITCHENS: If Tony Blair wants a gleaming gong, he can buy an Order of Lenin on the internet