Daniel Andrews has revealed he narrowly avoided a ‘life-changing’ injury when he slipped over on holiday and broke his ribs and back.

The Victoria premier was rushed to hospital last Tuesday when he fell on wet stairs outside a rental house on the Mornington Peninsula.

Mr Andrews, who previously asked for privacy, has now described the full nature of his injuries which require him to wear a back brace except when sleeping. 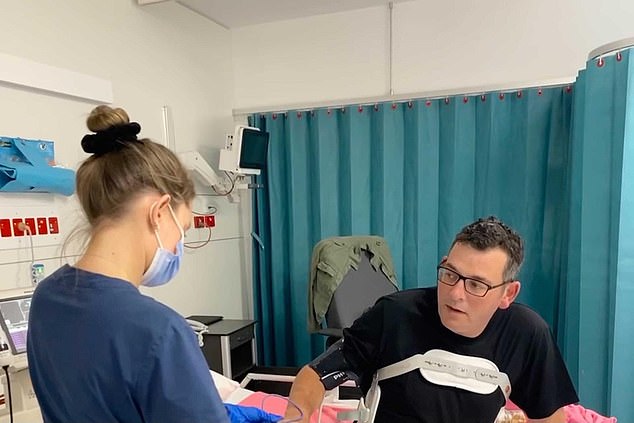 The premier said he will take six weeks off work while embarking on a tough program of physio.

Explaining what happened, he said in a statement: ‘I fell heavily on wooden steps at the front of a rental beach house that our family had been staying at for the long weekend.

‘I landed flat on my back and hit the steps hard directly below the shoulder blades fracturing at least five ribs and sustaining an acute compression fracture of the T7 vertebra.

‘I narrowly avoided permanent damage to my spinal cord.’

Mr Andrews was released from hospital on Sunday after being cared for in ICU.

‘It’s been a long, painful and difficult week,’ he wrote. 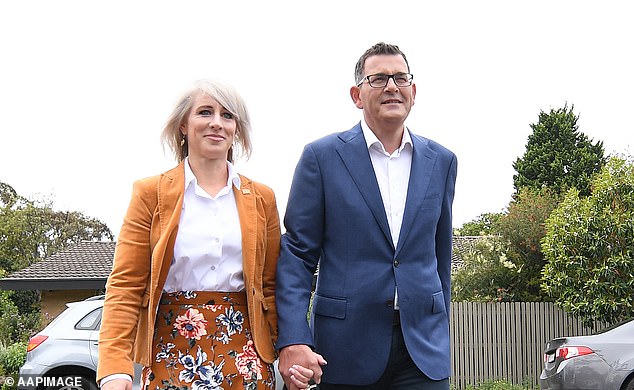 ‘These are serious injuries that require me to wear a brace throughout each day except when sleeping.

‘My doctors also want me to get rest and undertake a comprehensive program of physiotherapy. That’s why I will take a leave of absence from my duties for at least six weeks.’

Mr Andrews also revealed that one doctor told him ‘you are very lucky to be here in one piece’ and urged him to buy a lotto ticket.

‘I’m not sure about the Tattslotto ticket but I’m certain that with rest, continued high quality care and the support of family, friends, colleagues and the Victorian community, I’ll be back doing the job I love as soon as possible,’ he said.

Deputy Premier James Melino will continue to act as premier. 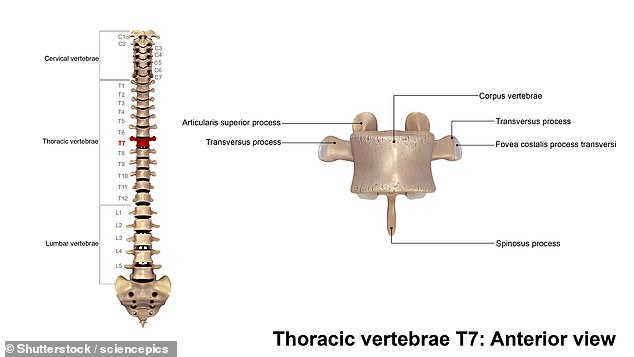 Daniel Andrews fractured his T7 vertebrae (in red), which is in the middle of the spine

The Washington Post reveals why Biden has not contacted Zelensky yet