There was a chance meeting a couple of years back between the golden symbol of Britain’s middle-distance past and one of the brightest sparks of the present. Bright in a couple of ways, actually.

It took place at Imperial College London, where Sebastian Coe was visiting one day to give a talk.

Spotting him on campus was a mechanical engineering student called Daniel Rowden, who had once applied to Oxford because he had a ‘slot to use up’. As it happens, he ended up rejecting their offer, and that is how he came to be at Imperial when the winner of two Olympic 1500m gold medals came into view.

‘I just randomly saw that he was doing an interview so I went up to speak to him afterwards,’ Rowden says. ‘I think I said something about wanting to beat one of his British 800m records. He was very polite, but obviously he had no reason to know who I am.’

The likelihood is he does now. Having just turned 23, Rowden has stepped out of obscurity in the past few weeks with all the suddenness and excitement of a last-bend kick. Which in itself appropriate, given he has been finishing races like a rocket, most obviously in Zagreb on September 15, when he blitzed the straight in a quality field and crossed first in 1:44.09.

For folk outside the sport, the speed of those numbers might not be so obvious, but in everyday English, he equalled the personal best of Steve Ovett. Clearer again – it was the third quickest time in the world this year.

‘When it’s put like that, it sounds quite cool,’ says Rowden, in his first interview with a national newspaper.

As a grade seven piano player who was struggling to walk 16 months ago, and who recently used Pi to settle a debate with his coach, he has a fascinating story away from the track; on it, he believes he can win a medal at the Tokyo Olympics as the leading male in a revived British middle-distance scene. 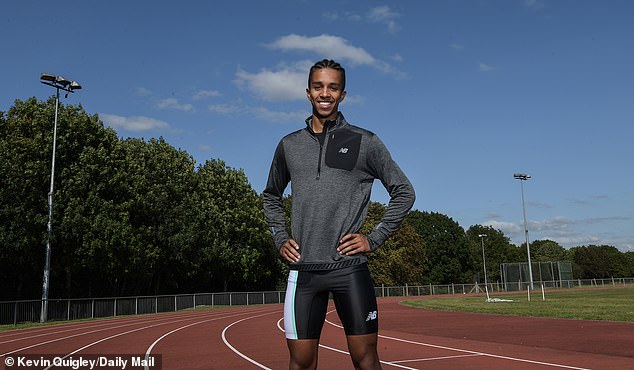 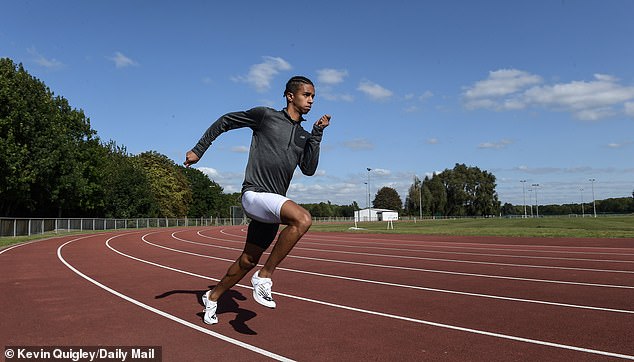 In 2020 alone, five Brit men have gone under the 1:45 line that identifies the 800m runners of promise, with Rowden now top and ahead of Jake Wightman, who himself is the second quickest British 1500m runner in history behind only Mo Farah.

There currently isn’t a golden candidate in the mould of Coe, Ovett or Steve Cram, but increasingly there are global medal contenders and more depth in quality across those two distances than at any point since the Eighties.

Rowden’s place in that modern landscape is the most interesting, partly because he has been an unknown outside of committed athletics circles, but also as a consequence how bleak his situation was looking in 2019, when he sat out the entire season. The reminder of those times is written in the large V-shaped scar across his stomach, the legacy of a mystery medical issue that hindered him for the better part of seven years and was not fully diagnosed until late 2018.

While living with the problem, he had won a European Under 23 silver medal in 2017 and reached the senior 800m semi-finals a year later, but pushing on with the condition was impossible. It eventually required a four-hour operation in April 2019 to fix.

‘From the scar it looks like I’ve been bitten by a shark,’ Rowden says. ‘The problem started right back when I was 14 or 15.

‘I would have an intense stomach pain, usually after a training session when I got home. I couldn’t walk sometimes on the more intense days and I’d miss sessions. After a time that costs you.

‘Over the years I visited doctor after doctor to work it out. The first thought it was IBS. Then I saw dieticians to see if I was lactose intolerant. Then they thought I might be Vitamin D deficient. There were no patterns or answers. A UK Athletics doctor eventually suggested it might be MALs (median arcuate ligament syndrome). 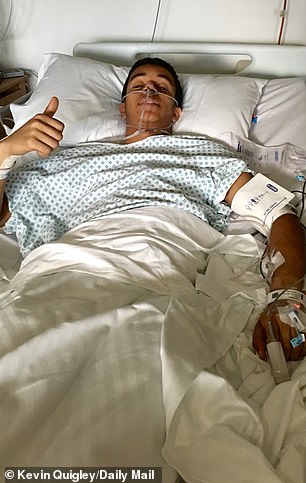 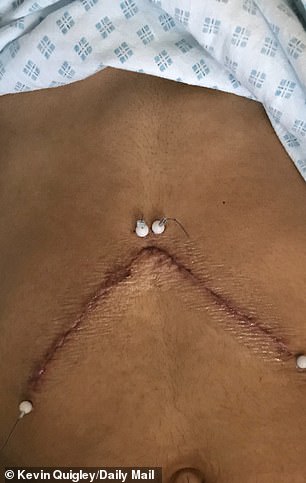 ‘I had no idea what it was, but basically muscles in the bottom of your diaphragm wrap around your celiac artery and for some people they wrap too tightly, which restricts the blood flow. A specialist agreed that was it and last year I went for surgery.

‘I was in the hospital for around five days. It was a pretty big surgery and afterwards I couldn’t get out of bed for a while. It was a good eight weeks before I could jog.’

Even now, the discomfort is not entirely removed, but Rowden’s progress in a truncated 2020 season was startling, culminating in that run in Zagreb and a British title win over Wightman. A significant element was his move a year ago to train under the former European indoor gold medallist Matt Yates at Woodford Green in London, and alongside 1:44.52 runner Jamie Webb, who doubles as a chemistry teacher. Yates calls them a ‘high brow’ pair.

Rowden was a straight A* student at school and is now completing a mechanical engineering masters at Imperial after turning down Oxford. ‘I wanted to train in London and I’m also part of a church here that is very important to me,’ he says. ‘I put Oxford down to fill a slot but it wasn’t right for me.’

There are occasions when Rowden’s academic and sporting worlds collide. ‘One time Matt (Yates) was trying to get me to run slightly outside the centre of lane one on bends to protect my ankles,’ he says. 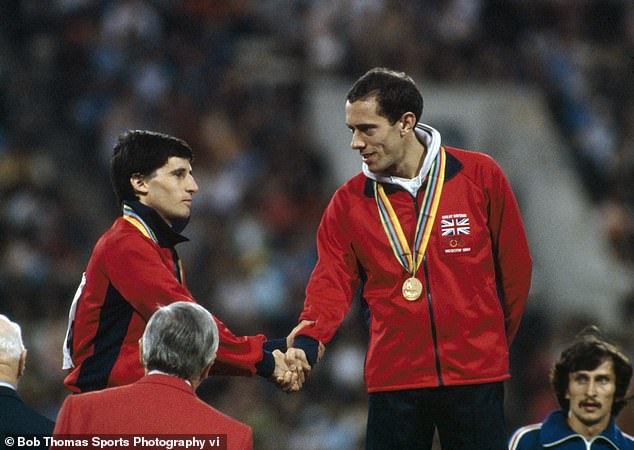 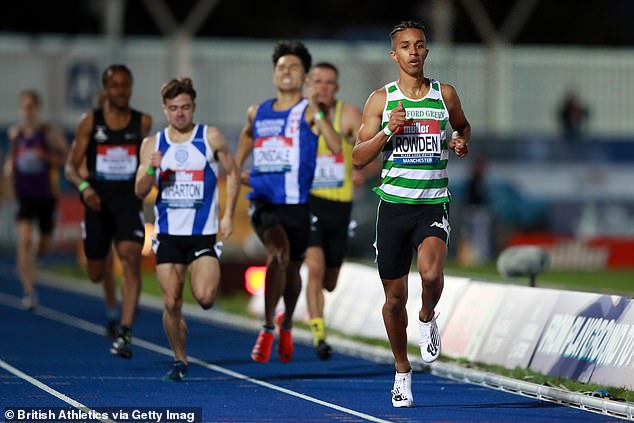 Rowden has been making waves domestically since recovering from his illness

‘We were doing a session where he put some cones down the middle of lane one and I said that didn’t make any sense because it was a longer circuit. He said it would only be a short extra distance, and I argued that it was further than he thought. I used Pi to explain it and that it was around 3m extra a lap and 6m extra for the 800, so around three quarters of a second. He then got rid of the cones.’

Time will tell on where the blend of art and science can take Rowden. His expectations are grand, with the belief that across the next year he can get his time down into the 1:42 zone that has been necessary to get on the past two Olympic podiums.

‘I’m stopping my season now so I can get the preparation right for Tokyo because I do think it is possible to get in the 1:42s next year,’ he says. ‘It would be a big jump but I think I can.

Russia and China are waging ‘political war’ to ‘break our willpower’