Danny Dyer has once again become an unlikely political commentator two years after he famously waded into the Brexit row.

More commonly known for his role on Eastenders and his ‘lad status’, the actor turned politico once again after he slammed the privately educated political elite during a passionate rant about the state of Covid-hit Britain.

The 43-year-old said politicians who went to Eton are incapable of running the country and instead called for working class people to get involved in politics and use their ‘real life experience’ to run the country.

He said: ‘We must learn now that the people who went to Eton can’t run this country. 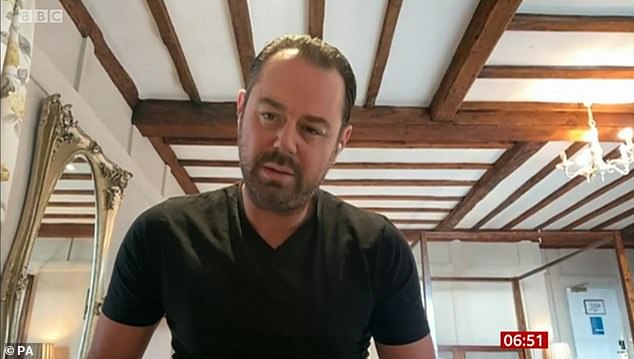 It is not uncommon for the upper tiers of the British polticial landscape to be filled with privately educated individuals.

Half of David Cameron’s 2015 cabinet also attended a fee-paying school.

While Theresa May, Prime Minister from 2016 to 2019, had 64% of privately educated individuals in her cabinet, according to the social mobility charity.

These include former work and pensions secretary, Amber Rudd, and current Foreign Secretary Dominic Raab, who was Brexit Secretary under Mrs May’s tenure.

The figures are are not representative of the general population, of which only 7% went to private schools.

‘They’ve done it, they’ve tried to do it and this small group who all went to the same school, in the same class – it doesn’t work.’

Prime Minister Boris Johnson was privately educated at Eton, as was his predecessor David Cameron.

A majority of British cabinet members serving under the current and former Prime Ministers in the last 10 years have also attended fee-paying schools.

Speaking on BBC Breakfast, Dyer called for diversity in politics and encouraged working class people to come to the political foreground.

He said: ‘I feel we need some working class peple, people who have lived a real life and people that are in touch with reality to maybe come to the front now and start getting involved in how this country is run.’

It is not the first time the actor has mouthed off about the state of British politics.

He previously called David Cameron a ‘t***’ during a discussion on Brexit, prompting calls for Dyer to step into the political ring himself.

Asked on Wednesday if he would ever consider going into politics full-time, Danny responded that he was ‘too busy’ reeling off his list of commitments including a game show and hosting a podcast with his daughter Danni.

He also referred to his role as Mick Carter in EastEnders, which he called ‘the greatest soap that has ever been’.

Dyer added: ‘Let’s watch the government unravel themselves I think.’ 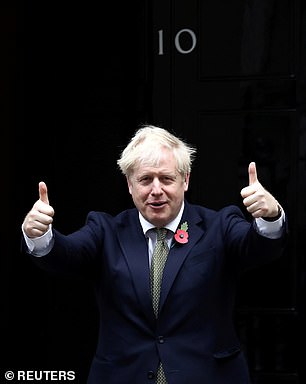 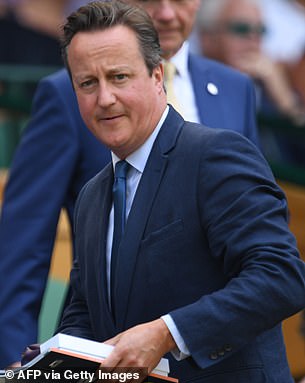 In a further nod to the Covid-hit nation he said:  ‘Let’s just try and stay safe and not catch this thing, and I am sure on the other side we will all be better stronger and more considerate people for it.’

Prime Ministers who went to Eton

Current Prime Minister Boris Johnson was educated at Eton college and joins a long line of PM’s who went to the fee-paying school.

His predecessor David Cameron also went to Eton, which currently costs around £42,000 per year.

The list of PM’s who attended the prestigious school extends all the way back to  Robert Walpole, who served as Prime Minsiter from 1721–1742.

And Boris Johnson, like every prime minister since 1937 who had attended university, except Gordon Brown, also studied at Oxford.

His comments prompted an outpouring of support on social media, with one user saying: ‘A man with a good heart and clear political perspective. Good on you Danny.’

Another wrote: ‘Eton boys get a kicking from Danny Dyer.’

One Twitter user praised him for being ‘sharp as a tack’.

Dyer’s comments on Brexit were met with a similar response in 2018 when he called Cameron a ‘t***’ for calling the Brexit referendum and then resigning when he lost.

Dyer went viral after he tore into Mr Cameron over Brexit live on Good Evening Britain.

He lashed out at the ex Prime Minister for calling the divisive referendum before ‘scuttling off’ to ‘put his trotters up’.

Dyer then blasted the entire Brexit process as a ‘mad riddle’ – despite voting Leave himself.

Dyer became an unlikely political hero after he tore into the former Tory leader.

He said: ‘Let’s go back to this whole Brexit thing, when you’re judging them because they don’t know what Brexit is.

The EastEnders star gave ‘a kicking’ to the politicians who went to Eton, according to this user

‘So what’s happened to that t*** David Cameron who brought it on? Let’s be fair. How comes he can scuttle off. He called all this on.

‘Where is he? He’s in Europe. He’s in Nice with his trotters up. Where is the geezer? I think he should be held accountable for it.’

As Piers Morgan looked to Jeremy Corbyn for comment, Dyer cut him off by shouting ‘t**t’ again.

‘Where is he? He’s in Europe. He’s in Nice with his trotters up. Where is the geezer? I think he should be held accountable for it.’