DANNY MURPHY: VAR is sucking the life out of big moments

Unfortunately I came away from watching an enthralling and exciting game feeling full of anger – and that’s as a football fan irrespective of club loyalties.

We have allowed VAR to spoil so much in our game with its ridiculous pursuit of perfection and nonsensical offside rule that allows no margin for error.

The life is being sucked out of it. On Saturday, we had the joy of a late winner being ruled out because an armpit or some other body was a centimetre from where it should have been – and I don’t even believe they know that for sure, it was so close. 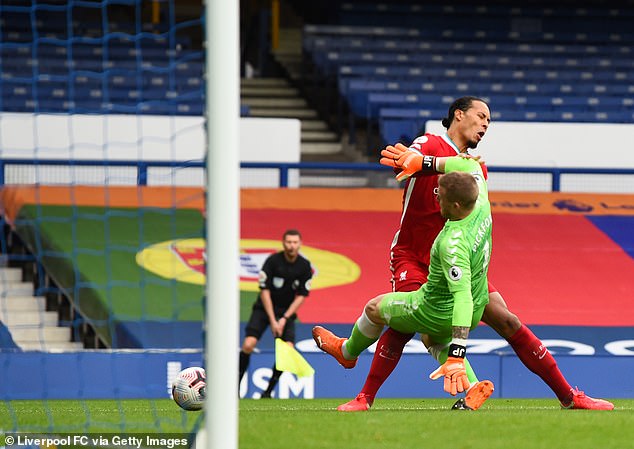 Not only that, but the thing VAR was introduced for – correcting something clear and obvious missed by the referee – it’s not doing properly. Otherwise, Jordan Pickford would have been sent off for his leg-breaker on Virgil van Dijk, an incident that he wasn’t even booked for.

How anybody who knows the game could have reviewed that and not given the Everton goalkeeper a punishment, I don’t know. Utterly perplexing.

I know people might think this rant is because I supported and played for Liverpool but it’s not.

I feel robbed if any game is spoilt by the technology. It’s too much. 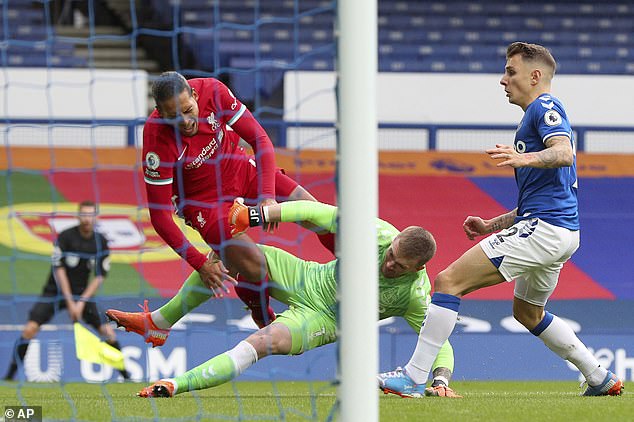 If we absolutely have to use VAR, there has to be either a margin for error – which means introducing ‘the daylight rule’ – or let’s just agree that if a player’s foot is offside, it’s offside, but ignore the rest of the body.

It can never be an exact science and in the circumstances we can’t unfairly rule against attackers. They have to get the benefit of 50-50s.

Before VAR, there used to be a rule saying level was not offside but that seems to have disappeared.

I am a football fan. I love the euphoric moments. I like the natural flow of the game and the goals it creates. 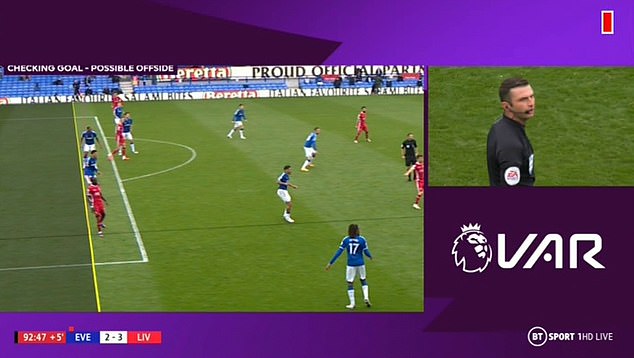 The decision to chalk off Jordan Henderson’s ‘winner’ after dissecting it to within an inch of its life is making the game stale.

The tackle by Pickford that forced Van Dijk to come off was horrendous and it’s a joke no action was taken.

The red card for Richarlison was justified, he lost his head, but the officials didn’t need VAR to see that.

I thoroughly enjoyed the match but still fell flat at the end.

If that’s not a warning for the way football is going, I don’t know what is.

Liverpool were the better team. Jurgen Klopp brought in Thiago Alcantara, Sadio Mane and Henderson from the side humiliated 7-2 at Aston Villa and they all made a massive difference.

Attacking-wise, they were like last season, with Mane and Mo Salah electric in their finishing.

Had Van Dijk not been injured, I think Liverpool would have won because both Everton’s goals came from headers the Dutchman could have stopped – while taking nothing away from the quality of Michael Keane and Dominic Calvert-Lewin’s finishes.

As a midfielder, I loved Thiago’s performance. He is so productive with his passes. There is a bit of Paul Scholes about him. If you stand off him, he’ll kill you with through balls. If you try to get tight and close him down, he will effortlessly pop it around you. 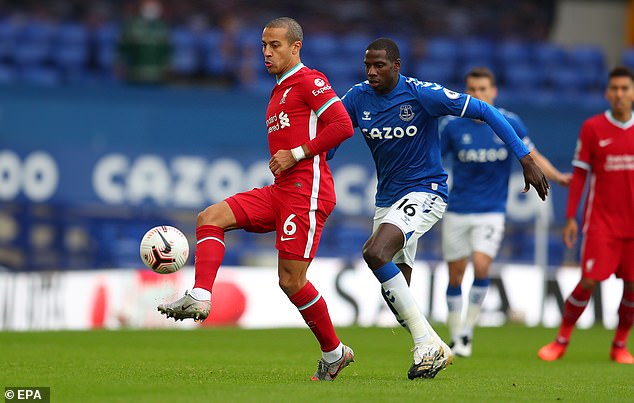 BEST AND WORST OF RODRIGUEZ

Everton can be proud of the way they fought back twice.

They look better than they’ve done for years and, in James Rodriguez, have a player with real star quality.

But the better teams will have seen how you can exploit the Colombian’s lack of willingness to track back when the opposition left-back is bombing forward. 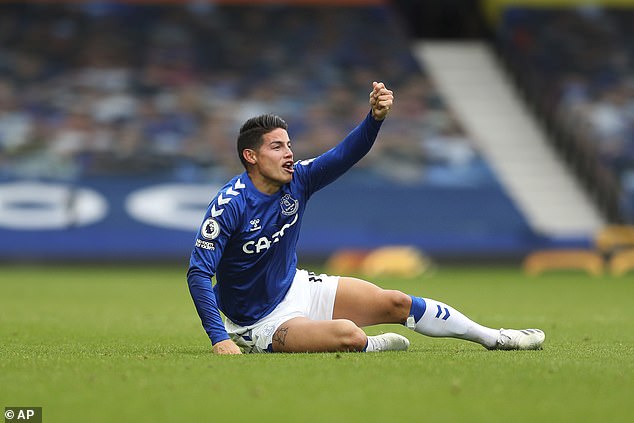 Andy Robertson capitalised. Liverpool were a real threat down that side and of course that’s how they took an early lead with the full-back crossing for Mane.

Carlo Ancelotti is a clever manager. He will figure out a way to use the best of Rodriguez, which is a threat going forward, while hoping Everton are less vulnerable the other way.

Klopp will be worried if he is without Alisson and Van Dijk for long periods but Joel Matip returned and looked very good.

Attention Parents! Are You Worrying About Your Kids Online Activities? – The Foolproof Way To Keep Your Kids Safe Online