The role is a temporary one as the 36-year old former Scotland international begins the next stage of his career earning his coaching badges.

United have offered to help Fletcher, in a move which is in-keeping with the club’s close ties to their former stars. 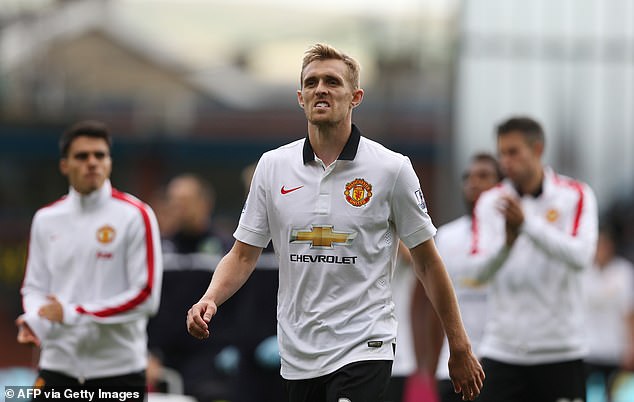 The likes of Ryan Giggs and Patrice Evra also returned to the club in a coaching capacity once their United careers were over, in order to gain experience on the other side of the touchline.

Fletcher made 342 appearances for the Red Devils in a 14-year spell before joining West Brom in 2015. 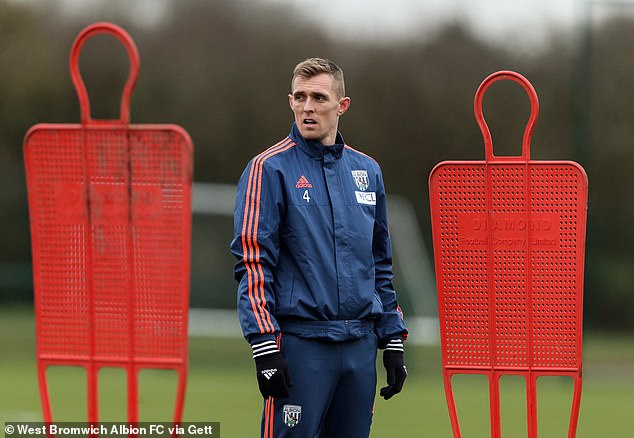 After retiring from football, Fletcher took a break before deciding he wanted to coach

Speaking to United’s official website, Fletcher said: ‘I think I needed that period to step away a little bit and took my time to come away and accept not being a player anymore, moving onto my coaching badges, and this is the early stages of doing it.

‘I’m just getting my coaching badges done and being invited back into the club. I’ve got a bit of spare time in the evenings and I thought there’s nothing better than doing something at United and giving a bit back, working at the Academy.

‘It’s a club that means a lot to me, so it ticks both boxes really. It allows me to get my coaching badges done and give a bit back to the Academy kids.

‘I’ve really enjoyed it. I started [coaching] a few weeks before lockdown, and got a taste of it, but have been back involved for two or three weeks. I’m just loving it, the enthusiasm and the stage they’re at in their career. 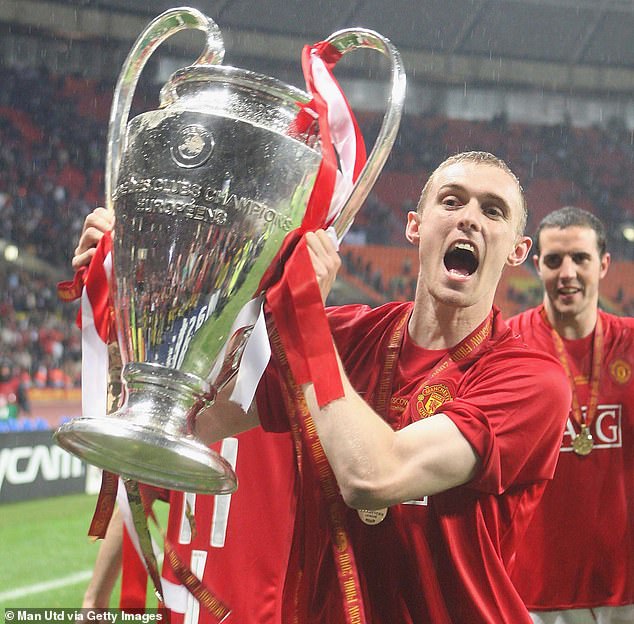 Fletcher won five league titles with United, alongside the Champions League in May 2008

‘It’s a great place to be, in the evenings, I’m giving up my time and can see how much it means to them.’

During his time at Old Trafford Fletcher was part of five Premier League title-winning sides, as well as being part of the squad who won the Champions League in Moscow in 2008.