‘I’ll give you a go at the big boys son!’: Darren Till throws down the gauntlet to Khamzat Chimaev with the undefeated rising star struggling to find a ranked opponent willing to take him on

Darren Till has offered to take on rising star Khamzat Chimaev, with the fan-favourite insisting ‘rankings have never mattered in the UFC‘.

Russian-born Swedish fighter Chimaev has made waves since arriving in the UFC earlier this year, putting in flawless displays at both welterweight and middleweight to extend his undefeated record.

The 26-year-old’s three UFC wins in 66 days has seen his stock skyrocket among fans and has understandably become a favourite of UFC chief Dana White, who is lining up a bout against a ranked opponent next for Chimaev. 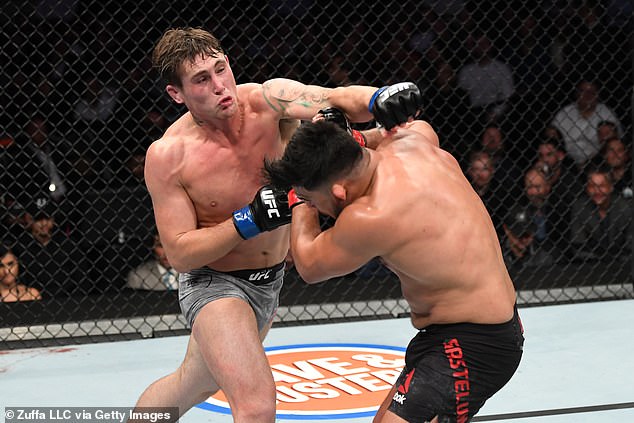 Darren Till has called out Khamzat Chimaev, with the undefeated star struggling for a fight 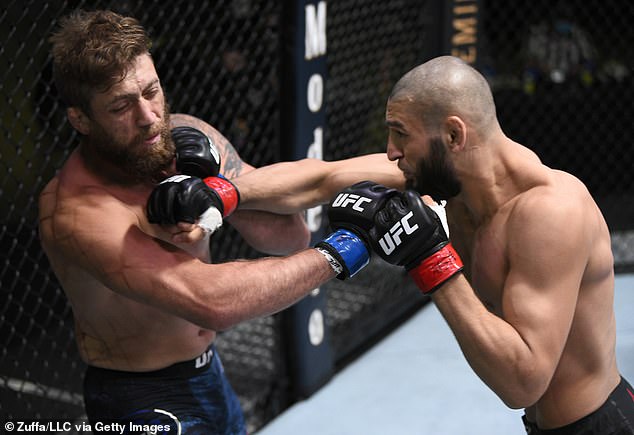 However, White has struggled to find a ranked fighter willing to take on the fearsome star, with his devastating wins leaving many stars apprehensive of taking on the rising star.

And Till, who has enjoyed a similar rise in the UFC to Chimaev, has said he is open to taking on the undefeated star after his next bout. 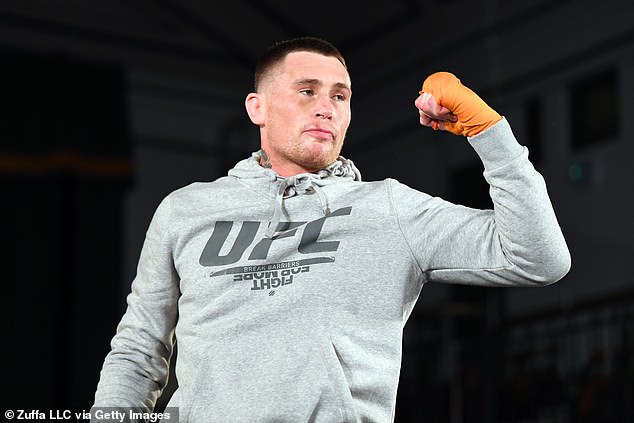 The Liverpudlian takes on Jack Hermansson in December, and while the winner is likely to be in line for a shot at Israel Adesanya’s title, Till says he would be willing to take on Chimaev instead.

‘Rankings have never mattered in the @ufc,’ he wrote on Twitter.

‘@KChimaev after I destroy jack in December, if you are still struggling to get a match. I’ll give you a go at the big boys son!!!’

White is likely to find an opponent for Chimaev before Till locks horns with Hermansson, but it would come as no surprise to see the devastating star take on the 27-year-old in the future.

Body of baby found in 1988 cold case is exhumed

7 bad habits you must quit to protect your teeth

Lady Kitty Spencer's father Charles was notably absent from her lavish wedding in Rome at the...