Terrifying dash cam footage has captured the horrific moment a child riding a scooter was hit by a car in South Australia.

The video was posted on the Aussie Cams Youtube channel on Tuesday, and shows a black SUV approaching a roundabout at Munno Para in Adelaide‘s northern suburbs after 3pm on December 1.

The SUV begins to make a left turn at the roundabout, just as a child riding a scooter appears on the left hand side of the road. 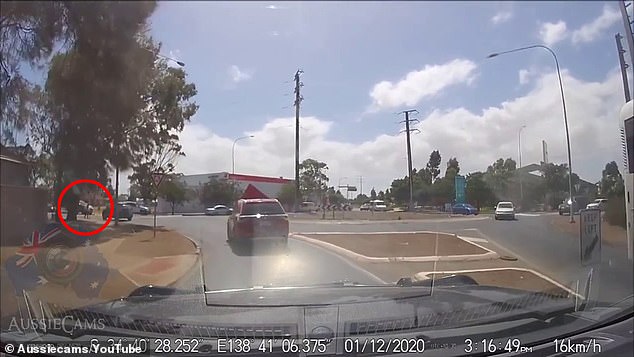 As the driver exits the roundabout, the child starts pushing across the road on the scooter before they collide with a sickening impact.

‘Oh! Did that kid just get hit?’ a passenger in the recording car says in the video.

The video is captioned with a warning for motorists to keep their eyes out for children on the road in the upcoming holiday period.

‘Watch out kids about these school holidays,’ the caption reads. 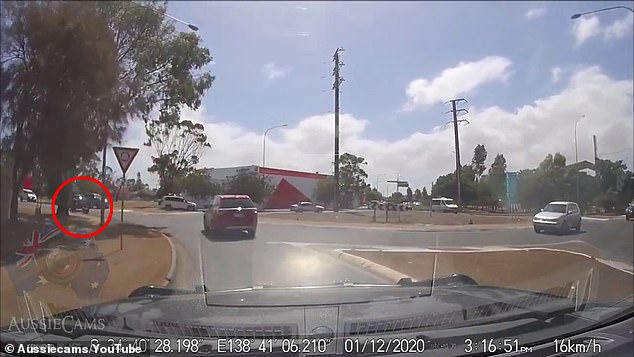 ‘This time a driver fails to see a child on scooter crossing at a roundabout. No serious injuries and driver stopped from what may have been a serious incident.’

‘Patrols were tasked to Coventry Road and Curtis Road at Munno Para just before 3.30pm on December 1 in relation to this crash,’ they said.

‘A 12-year-old was hit by a car and taken to the Lyell McEwin Hospital by ambulance for an injured ankle.’ 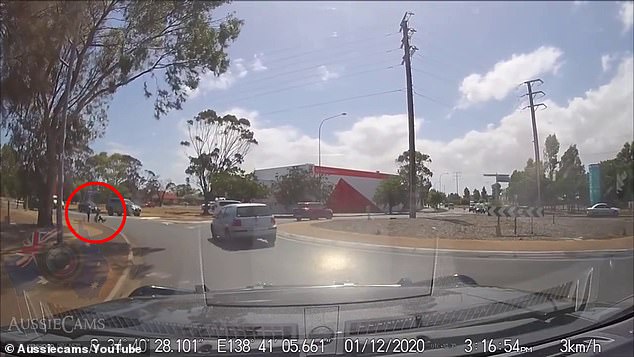 CHRISTOPHER STEVENS reviews last night's TV: Did the Dingo Baby case kick off the Age of the Troll?