An impatient Tesla driver collided with a hatchback after ignoring a stop sign at a busy intersection.

The dangerous error was caught on dashcam footage on Saturday with viewers speculating the vehicles collided on Alma Road in Dakabin, north of Brisbane.

The driver of a Tesla X fails to spot an oncoming white Mazda while turning right onto the road, T-boning the smaller car near its front left wheel. 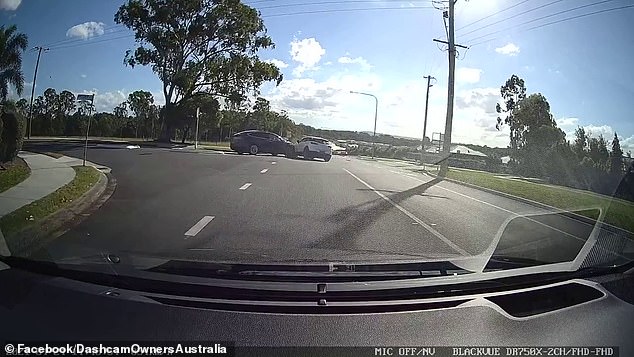 The Mazda is thrown sideways from the impact of the Tesla as the collision forces both vehicles to come to a halt in the middle of the road.

The footage, which was uploaded by Dash Cam Owners Australia on Monday, garnered angry reactions from Facebook viewers.

Many spectators were quick to poke fun at the driver of the Tesla X who was evidently to blame for the crash.

‘Something tells me that the Tesla driver regularly emerges at this junction without any attempt at stopping’, one viewer commented. 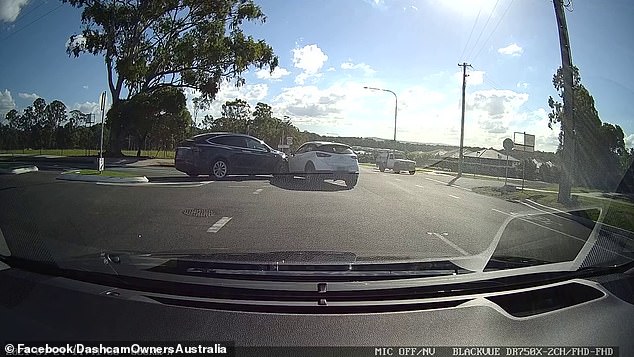 As the Tesla driver turns right they fail to notice an oncoming white Mazda, causing a nasty head-on collision

‘All the technology in the world can’t fix stupid’, another agreed.

‘Smart cars, dumb drivers. No matter how smart the car is, it’s the one that’s holding the steering wheel that matters most’, a third wrote.

Other viewers joked the driver had been using the Tesla’s autopilot mode.

‘Surprised the driver of the Tesla didn’t pop out the back seat,’ a comment wrote.

‘Driver was in the back seat drinking coffee!’, another commented.

‘Really intrigued to see if this brake was the autopilot’, a third wrote.

However, one commenter defended the driver of the Tesla X and said the car itself was to blame.

‘Having driven a Tesla in sports mode I can say honestly that they may have accidentally touched the gas without thinking about just how far it launches and how long it takes to pull up such a heavy car’, they wrote. 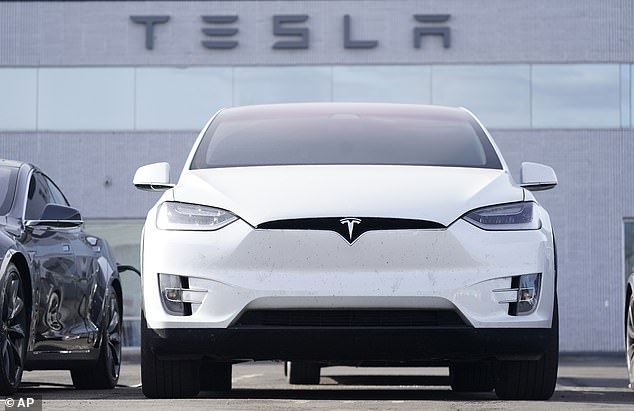 The electric Tesla X model (pictured) will cost drivers in Australia upwards of $160,000

They explained in other comments that the accelerator in an electric car had less ‘grey area’ or ‘slack’ than cars with an internal combustion engine.

‘My experience with the Tesla is the pedal is an on switch, if you move it, the car is moving’, they said.

Other viewers vehemently disagreed with their theory.

‘Why would they be touching the accelerator at all in that instance?’, one asked.

‘If they accidentally touched the accelerator they should hand in their license’, another user replied.

EA Responds to Latest FIFA Loot Box Controversy: ‘We Do Not ‘Push’ People to Spend in Our Games’

EA Responds to Latest FIFA Loot Box Controversy: 'We Do Not 'Push' People to Spend in Our Games'