Dashcams: How clips sent in by drivers are being used by police forces


Road users have sent more than 50,000 dashcam videos to police in the last four years as the devices continue to grow in popularity and become a priceless tool for some forces to clampdown on dangerous driving in their areas.

Almost a third of these recording have resulted in a court summons, Fixed Penalty Notice, driver awareness course and some form of written warning from the authorities, a new investigation has found.

However, some police forces are making use of the clips more effectively than others.

We reveal which constabularies have been using dashcam videos to clampdown on offenders – and the four forces that received almost 7,800 clips but failed to take action with any of them. 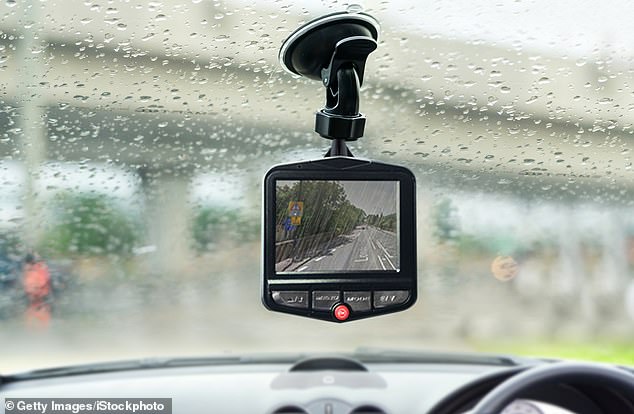 Dobbing-in drivers: More than 50,000 unique clips of video footage showing potential traffic offences have been sent to UK police forces in the last 4 years, an investigation has revealed

WhatCar? sent a Freedom of Information request to every UK police force in the country, with 40 out of 42 responding.

On top of the two constabularies – Thames Valley and Northumbria Police – than failed to come back to the car magazine, another 19 said they were able to supply figures.

In total, they said drivers and riders had sent a massive 52,174 recordings captured on dashcams and helmet cameras since 2017.

It means police forces across the UK receive more than 35 dashcam clips every day.

Just over 10 per cent of the incidents captured on film were severe enough to warrant a court prosecution and another 10 per cent resulted in an FPN.

A further one in 10 also resulted in the driver being asked to attend a driver awareness course, and three per cent of drivers were given a warning.

In total, 33 per cent of footage received by forces has been used to take action against law-breaking road users.

The recording devices, which were originally designed to help drivers when making insurance claims.

Sales of the dashcams have shot up by around 850 per cent since 2017, after insurers started accepting footage as evidence and the courts first used footage to convict an offender. 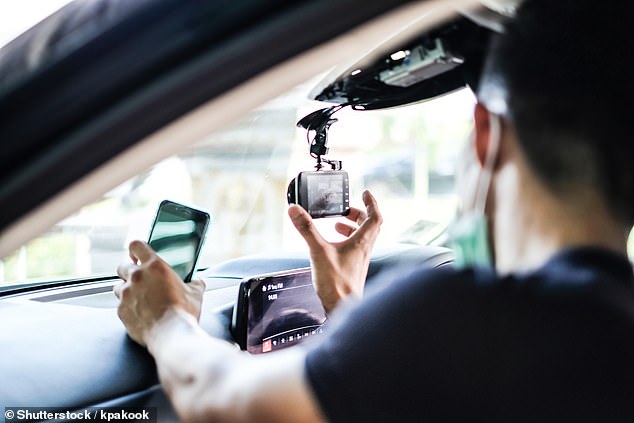 Almost a third of the dashcam clips have resulted in some form of police action, from court summons to slaps on the wrist, says What Car?

However, they have also become a priceless tool for underfunded and under-patrolled police forces across the nation, aided by the launch of a specific police database for motorists to easily upload the video evidence they believe incriminates another road user.

The National Dash Cam Safety Portal, launched by Nextbase in July 2018, has been a raving success, receiving 21,324 unique uploads in the first two years since it went live, This is Money revealed in October.

Some 35 police forces are currently using the database and more have since expressed an interest to sign up to it.

It has been claimed to save officers an average of eight hours per case, which over two years amounts to approximately 170,000 hours – the equivalent of over 20 years of police time. 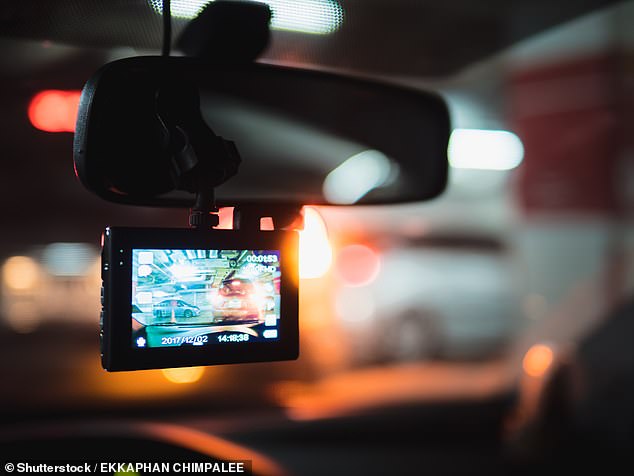 Nextbase says the National Dash Cam Safety Portal had been used at record levels in recent months, despite fewer drivers being on the road due to Covid-19 pandemic, tiered restrictions and lockdowns

Dyfed-Powys Police in South Wales is the most active in using dashcam footage.

Norfolk & Suffolk Constabulary was able to take action on just over half of the clips it received, with Northamptonshire Police acting on just under half of the videos it was sent by drivers and riders with video devices.

It acted in 45 per cent of the cases, issuing court proceedings to 19 per cent of offenders, driver awareness courses to 14 per cent, FPNs to 10 per cent and warnings to three per cent.

Derbyshire Constabulary (867), Essex Police (2,342), North Yorkshire Police (1,528) and West Mercia Police (3,055) received a total of almost 7,800 dash cam clips of potential offences, but each failed to take action as a result of these videos.

Steve Huntingford, editor of What Car?, said: ‘Our Freedom of Information request shows the vast majority of police forces in the country can now receive and process footage from dash cams in a matter of hours, meaning reckless driving is more likely than ever to lead to a fine or even a court summons.’

The database is said to have dramatically cut the amount of work police need to put in to review dashcam footage and decide whether someone has been driving dangerously.

It’s estimated the previous method of receiving, viewing and processing footage of dangerous driving provided by other motorists would take around 14 hours per video.

This is because clips could only be used in a similar way to eye-witness accounts, which required interviews and masses of paperwork during processing – which unsurprisingly proved time consuming.

The new portal instead utilises a loophole found by North Wales Police in 2016 that allows forces to use dashcam and helmet cam footage in the same way speed camera clips are used as the sole evidence needed to punish limit-breaking motorists.

The new system makes it simple and fast for drivers to upload dashcam footage to a police-accessed network.

Each video requires a short description of the event captured and a supporting online questionnaire, which takes around 15 minutes to complete in total.

This is then used as the eyewitness statement in cases.

Officers review each video and – as with speeding fines – send a driving penalty notice to the guilty party who can choose to accept it or dispute it in court.

All public-generated video footage can be used to target a multitude of offences including dangerous driving, driving without due care and attention, contravening solid white lines, mobile phone use, improper control of vehicle and running red traffic lights.