The couple were photographed wearing masks as they entered  the club, Loulou’s, in Mayfair, West London.

Mr Cameron and his wife were seen without their masks as they chatted to other club guests inside the venue.

The capital is currently under Tier 2 coronavirus restrictions, meaning people from different households are banned from mixing indoors unless they are in the same ‘support bubble’ or if it is a business meeting.

It is not known if the Camerons dined alone or if they have formed a support bubble with another household. 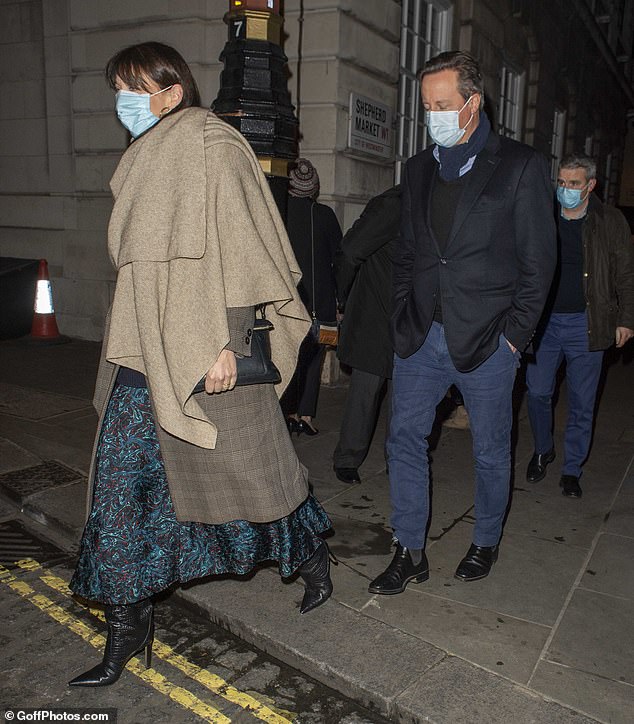 After their meal, Mr and Mrs Cameron were then seen wearing masks once more as they left the venue and climbed into a waiting taxi alongside their close protection officers.

However, Mrs Cameron, 49, then took off her mask after getting into the taxi.

Most taxi firms, including Uber, say their customers must wear masks when inside vehicles.

Mr Cameron, 54, and his wife own a home in London as well as in Chipping Norton, in the Cotswolds, in West Oxfordshire. 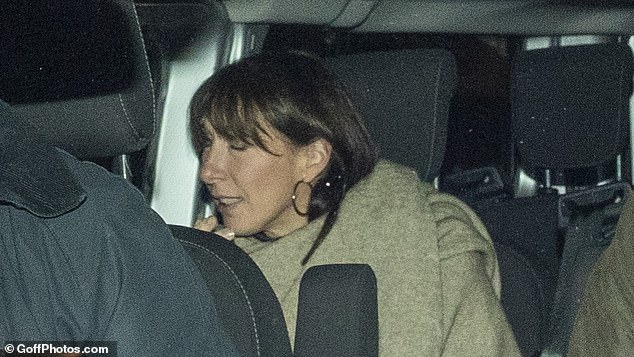 After their dinner, Mrs Cameron took off her mask once she had got into the waiting taxi. Most taxi companies, as well as Uber, require customers to wear masks inside their cars during the coronavirus crisis 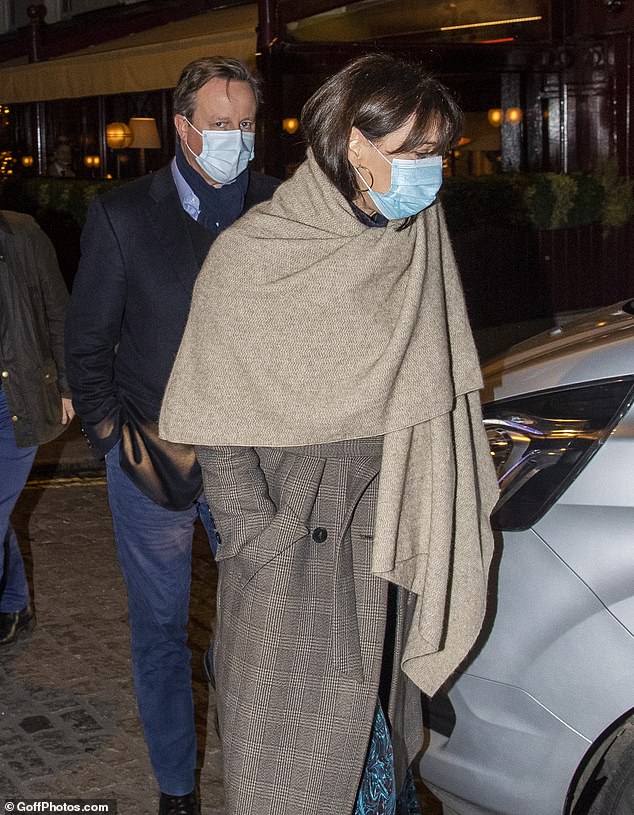 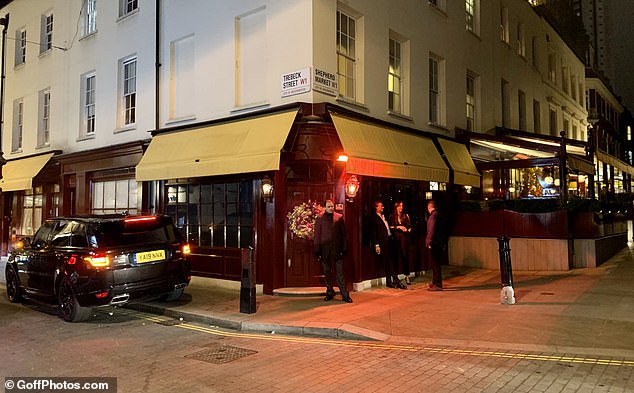 It is likely to have been an expensive evening at Loulou’s for the Camerons. A gin and tonic at the venue costs £20, while a main course will set diners back around £40 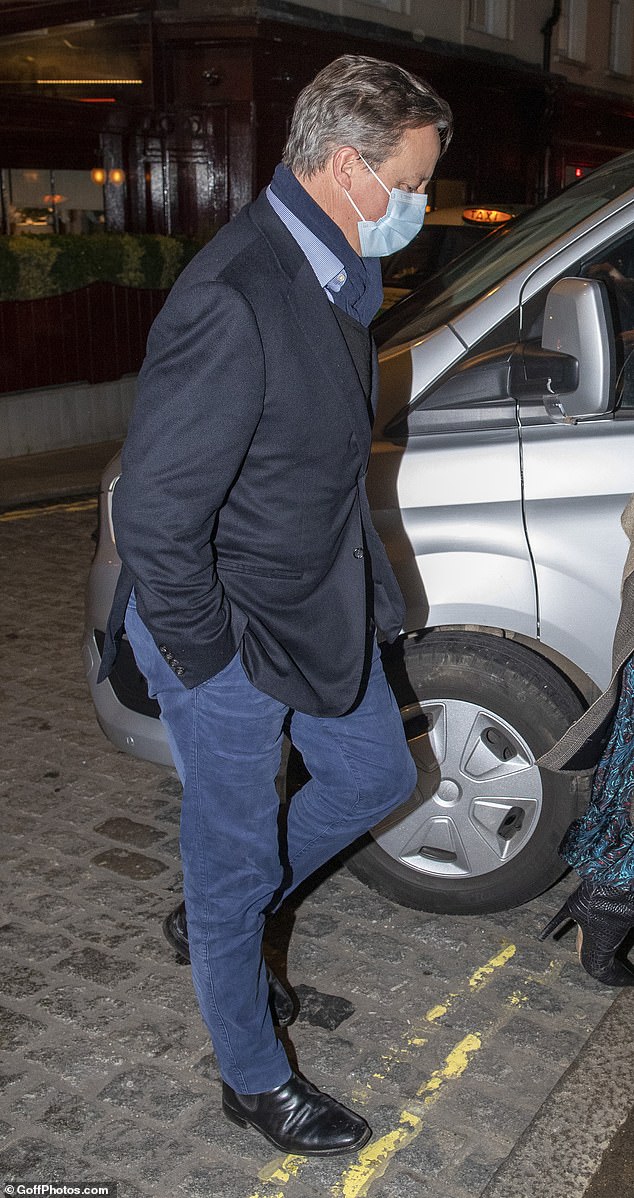 It is likely to have been an expensive evening at Loulou’s for the Camerons. A gin and tonic at the venue costs £20, while a main course will set diners back around £40.

The venue is owned by ‘king of clubs’ Robin Birley, who also owns the club next door, Oswald’s. 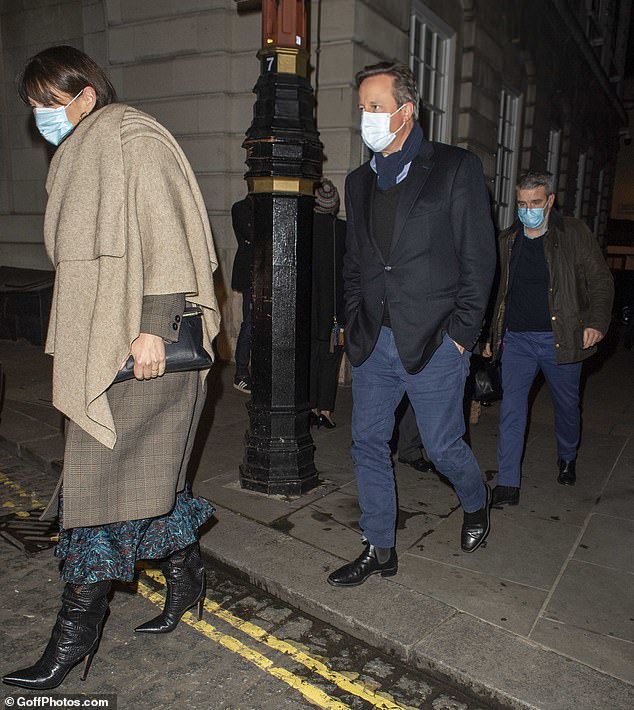 Mr and Mrs Cameron own a home in London and also in Chipping Norton, in the Cotswolds. Pictured: The couple’s close protection officer trailed close behind them outside Loulou’s 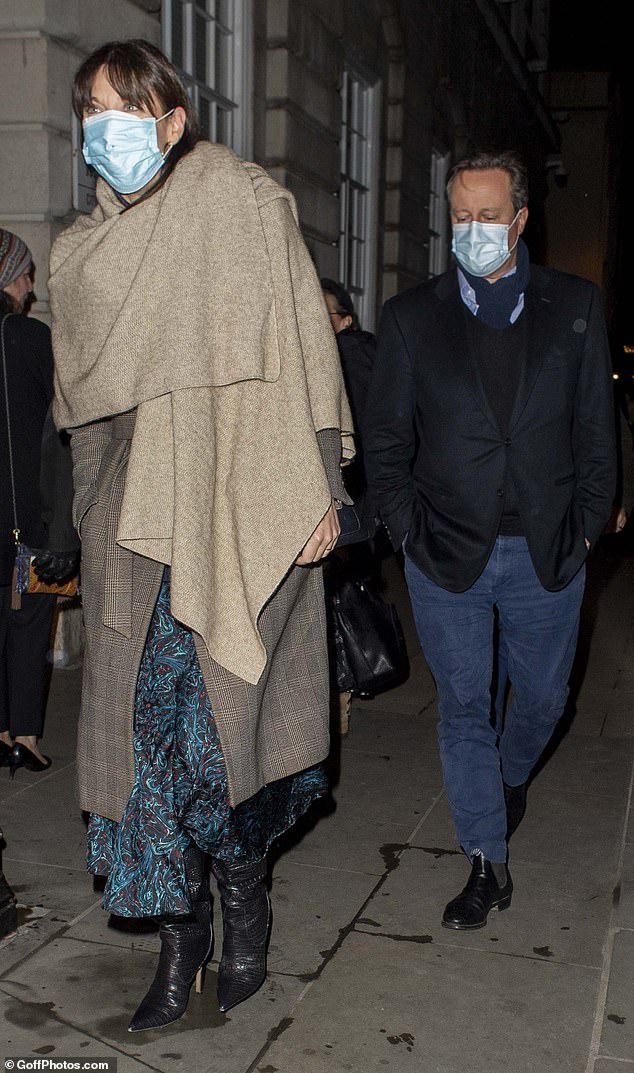 Mr Cameron stepped down as Prime Minister in 2016 after Britain voted to leave the EU. Pictured: Him and his wife in Mayfair last night 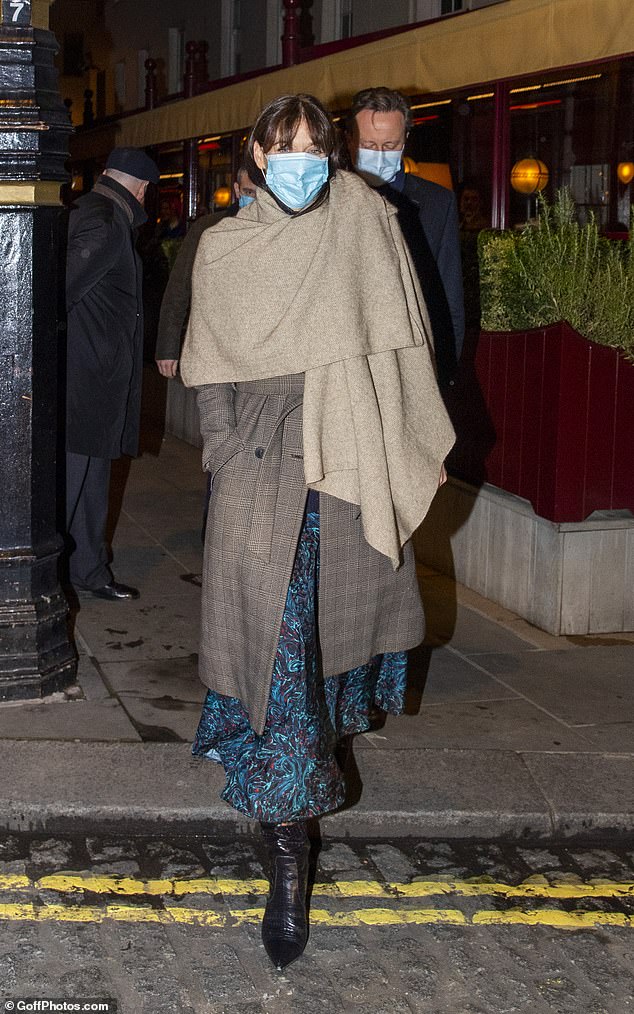 In July, the Daily Mail’s Richard Eden revealed how Birley had spent millions of his own money to lure members to his fashionable Mayfair nightspots.

He gave every member of Loulou’s and Oswald’s a free meal up to the value of an astonishing £500.

Mr and Mrs Cameron’s latest outing comes after the former PM opted to wear a baseball cap while out for a walk in Kensington, West London, last month.

He appeared to have taken some style tips from his predecessor as Conservative Party leader, William Hague – who famously wore baseball caps after taking over the party in 1997. 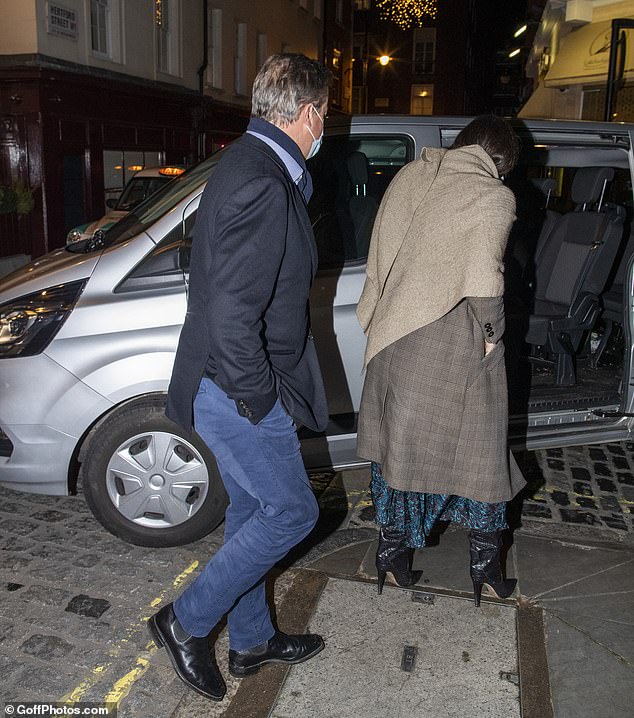 new cases down 25% in Switzerland this week